What Audience? Which Festival? 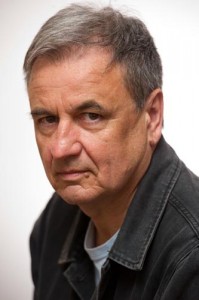 Having recently worked as director of the Australian Poetry Festival (Burning Lines, April 2001), Martin Langford offers his contribution to the continuing discussion about how to present poetry to the public.

To reach beyond the audience of other poets, poetry must be staged with the professionalism we expect of other art forms. I think there are fascinating possibilities for poetry in the new media, but the following comments are limited to the sort of event that people come along to: readings, festivals, conferences.

I have called this piece What Audience? Which Festival?, because unless we have decided what audience we are trying to reach, all other decisions will remain unfocussed. Before that, I suppose, one has come to an opinion about what sort of audience it is possible to reach. My opinion, one that I hold strongly, is that it is possible for poetry to reach an audience that is not merely composed of other poets.

One group of poets, performance poets, has already decided that, and has been working hard for the past fifteen or twenty years to find a public. If they have done a better job than the page poets in reaching a non-poetry-writing public, the fact remains that they too have not really been able to sustain an audience. Each new crop, still, has to go off and do it all over again.

Moreover, I think they are wrong when they claim that page poetry is over-refined, and that the book is dead. Both forms are valid and productive, and both formats, properly presented, are capable of real audiences.

I actually think that the current crop of poets working in Australia is as strong a group of artists as this country has ever had operating, in any field. But if that is the case, why haven't they got an audience? Clearly, there has been a serious failure of promotion and communication. Nowadays, most people involved with poetry would admit that the general public has some deep-seated reservations about the idea of poetry as entertainment. Some of these perceptions are so ingrained, they will only change with the most radical cultural re-alignments. I do not believe we can sensibly target a mass audience.

But there is a potential audience I think we can more usefully aim for: that section of the public which is already sympathetic to the arts, which is sympathetic to the idea of poetry, but which has no confidence that if it goes to a poetry event it will receive a quality artistic experience. In some ways, it is a lost audience, and it seems to me the most logical one for poetry organizers to target.

There are many reasons why such people do not have positive expectations with respect to poetry, and I can only suggest a few of them here:

The teaching of poetry, while well intentioned, has been a disaster. The biggest problem is that, throughout the last century, educational institutions insisted on maintaining ownership of the proper response to the poem. It is appalling to think how rarely students have the confidence to relate to something as intimate and individual as the poem in front of them.

Another reason concerns the media and the nature of poetry. Unfortunately, our media just do not seem to be able to handle anything as multi-stranded and open as poetry is. It doesn't lend itself to myth making or reductions. If you try to turn it into some sexualized image or commodity, it becomes a parody of itself, and attracts no one.

A further important reason, I suspect, revolves around the way verse has, for the past century or so, explored the ego rather than embodying it. Mostly, our entertainments are rituals of surrogate ego-increase – the detective shows his boss, and the criminal, who's right; the team wins through to the championship of the world; the sassy young girl wins the intern. But poetry – and it is not unique in this, though it is probably the worst culprit – largely abandoned that strange surrogacy with modernism, if not before.

Now, poetry inquires, and it juxtaposes names, and it turns meaning into music. But it does not provide sanctuary, and it has no easy answers. One's ego is not enlarged and at rest at the end of the poem, and this is disturbing to people used to entertainment-as-massage. Fortunately, I think there is still a considerable audience out there who do not expect such simple emotional comforts from their art. It is this audience that I think poetry has to aim for. It is educated, and may even have some positive experience with reading verse. But it does not expect to be able to go to a poetry presentation and experience the same quality of entertainment that it would anticipate seeing at an exhibition or a concert or a movie. It does not expect it because, quite simply, the poetry world has not been in the habit of providing it.

The following are some suggestions about how one might reach such an audience. The biggest single hindrance concerns human resources even more than financial ones: there simply aren't enough people with a good knowledge of the poetry world, and with sufficient time to spare, to attack such large tasks. But until more people do have a go at them, we will not build up a reservoir of experienced organizers.

1. An audience is entitled to all the professionalism which they would expect at any other arts event: sessions that start on time, seating that is comfortable, poets who are well-lit and audible. This almost certainly also implies, nowadays, the availability of food and drink.

2. The poets must present themselves professionally. There are still good poets around who do not read well. Perhaps they should be asked to put some work into their presentation. If they are really poor, perhaps they should not be invited. This is a difficult one, because people are interested in the work of good writers, and may be prepared to put up with poor delivery, from time to time. But it is absolutely hopeless, from the point of view of professionalism, for poets to read overtime, or waste time flipping through their work, or advertising their next gig. That stuff belongs with a circle of friends at a local pub. It is insulting to a paying audience. It focuses attention back on the poet's need for an audience – and no audience forgives that.

3. Events should be professionally MC'd. At present, when so much Australian verse is written without a context, I think there is a need for some concise contextualization. Poets are complex people, whose work, amongst other things, is an evolving dialogue with predecessors and peers: some brief suggestions about where they are coming from is a way in for the audience.

4. Poetry requires concentration. If you lose concentration while listening to a piece of music, though you may lose a sustained sense of the development of competing voices, you can pick it up again and still find it enjoyable and moving. You can't do this with poetry. If you switch off, you lose the whole poem. So it is important to create a situation in which people can concentrate. Apart from the environment of the reading, this refers also to the scheduling of sessions. Humans can handle up to 18 minutes of active concentration (as opposed to being dutifully on task). There must be breaks before this limit is reached.

That seems somewhat limited – but we are dealing with an art form whose presentation makes greater consistent demands on the audience's concentration than any other. Some performance poetry can run for longer, because it has built in devices such as repeats and appositions which make its material accessible. But I can't see any other solution for poetry conceived for the page, with its requirement that each word must justify its place. If people go away feeling that they have had to will themselves to concentrate, they will not come back. They must be able to feel that they were able to forget themselves, as in any other entertainment. As for overall length: my preference at present is for events to err on the side of brevity, for the same reasons.

5. Select good poets. That is not always as easy as it sounds, because you may not have access to them. At the very least, be careful. Audiences are not going to come back if they think they have been presented with thin material. I think audiences are less forgiving of verse than just about any other art. But we do have a larger number of poets than ever before of poets whose work requires no apology. We should use them.

There is certainly a place for readings where poets test themselves against their peers, but perhaps the most important thing for poetry to do now is to try to gain a foothold in that section of the audience that is potentially already sympathetic. Reaching the general audience with quality poetry is another thing again. That may have to wait for a while.

This entry was posted in ESSAYS and tagged Martin Langford. Bookmark the permalink.
Martin Langford’s most recent collection is The Human Project: New and Selected Poems (Puncher & Wattmann, 2009). He is the author of Microtexts (Island 2005), a book of poetics, and the editor of Harbour City Poems: Sydney in Verse 1788-2008 (Puncher & Wattmann, 2009).