Nighthawk, Part 1: Use of Additive Sequences for Generating a Cut-up Poem 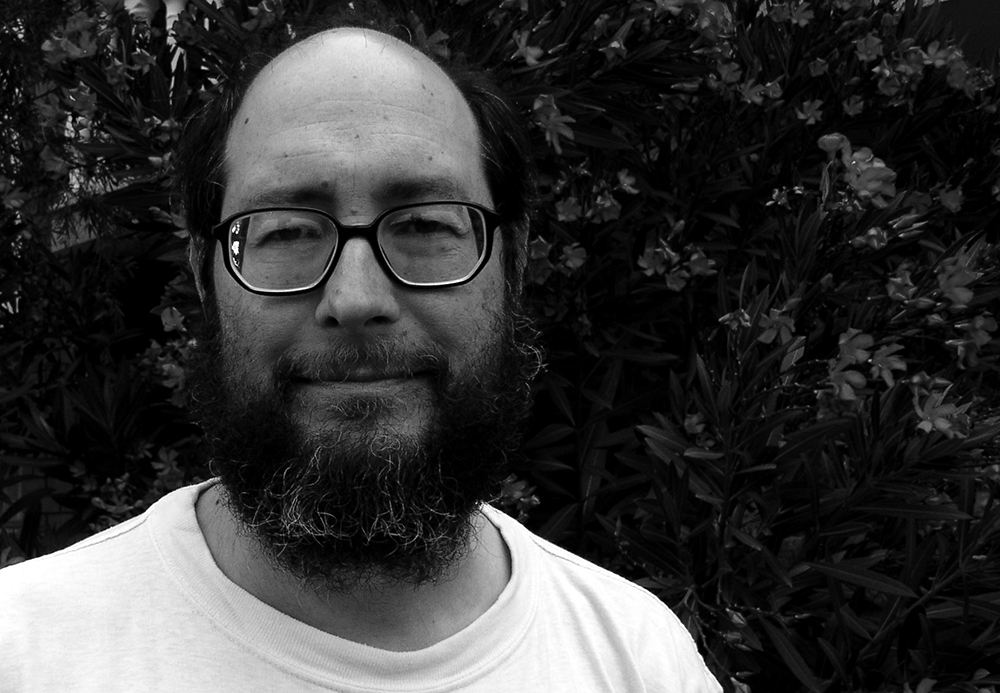 In 1973, I was a post-graduate student at the University of California, San Diego, working on my Master’s degree in music composition. My principle teacher at the time was Kenneth Gaburo, well known for his work in compositional linguistics which crossed boundaries between music, language, writing, performance, and dance. I was also very good friends with two fellow post-graduate students, Peter Gordon, composer, and Kathy Acker, writer, who at the time were partners. Kathy was mainly working with the performance poet David Antin at the time. Many were the late-night trips to VG’s Donut Shop in Carlsbad, California, in which Peter, Kathy and I discussed artistic issues that seemed quite urgent to us at the time. William S Burroughs, with his cut-up method, and the collage poetics of John Cage were both enormously influential on us, and Kathy introduced me to the work of Jackson Mac Low, who, many years later, I became friends with. And, as mentioned, both Gaburo’s and Antin’s experiments with language-based composition were very important to us.

Kathy’s 26th birthday was coming up, so I decided on methods I had been using for music composition to make a (what I thought would be) small present for her; a collage text of a number of sources that, for one reason or another, appealed to me. My main compositional activity at the time involved the use of random number sequences to create musical compositions. To do this I would create a set of rules which would determine the kind of random numbers that would be used, and how they would be applied. These sets of rules came to be known as ‘algorithms,’ and the kind of music was labelled ‘algorithmic composition.’ For me, this involved two kinds of composing – either making instrumental pieces which were realised as traditionally notated scores on paper (some of which, in performance, involved the use of improvisation), or using electronic musical instruments, setting up processes and patches of equipment on the machines themselves that allowed the machines a great deal of autonomy in producing music. Sometimes I would perform these machine processes live, allowing myself to improvisationally change some of the controls in real-time, altering the output of the process, in an early kind of interactive composition / improvisation with a machine-based partner.

For Kathy’s present, I decided to make two piles of books which contained text I might want to use, or which could provide found material that I would find amusing. I don’t remember what was in each pile, or all of the books used, but I do remember that among them were Roger Tory Petersen’s A Field Guide to the Birds of North America, Modulor I and II by Le Corbusier, various texts of William S Burroughs (of course), Seasoned Timber, a 1930s social realist novel by Dorothy Canfield, a 19th Century harmony textbook by Percy Goetschius, a couple of copies of the journal Perspectives of New Music and a computer manual or two. I can’t remember what source of random numbers I used – I don’t think I had yet acquired a copy of The Rand Corporations A Million Random Digits with 100,000 Normal Deviates, a massive compilation of random number tables – but I used random numbers to pick which pile of books to use, then which book to use, which page to go to and what position on the page to go to in order to find a text. How many words I used was determined by use of numbers from the Fibonacci series.

The Fibonacci series is named after Leonardo of Pisa (son of Bonacci, or filius Bonacci), the 12th Century Italian mathematician who introduced many Indian and Arabic mathematical ideas to the West. Among them was a number sequence, perhaps written about first by Pingala, an Indian mathematician (3rd and 2nd Century BCE), in which each new number is the sum of the two previous elements of the series. So, if the first two numbers are 1, 1, then the next number will be 2. The 4th element of the series will be the sum of the previous two elements, which are 1 and 2, so the 4th element will be 3. The series would begin like so, and then go on to infinity, getting larger and larger: 1, 1, 2, 3, 5, 8, 13, 21, 34, 55, 89, 144, 233, 377, 610, etc.

This series has some rather remarkable properties, such as the ratio between any two successive elements of the series gets closer and closer to the value of Phi (1.61803399 …) as you progress through the series; the number of seeds in successive circular rows of sunflower seeds usually follows this kind of progression; the ancient Greeks used these proportions to design their temple –the ratio Phi was called the Golden Ratio and was felt to embody concepts of balance, form, proportion, and harmony within it – and so on. In music, both Claude Debussy and Béla Bartók, early 20th Century modernist composers, had used elements of the Fibonacci series to structure aspects of their work. Analyses of this usage were just beginning to be published at this time. So there was a great deal of thinking about the Fibonacci series in the air. Especially the Southern California air we were breathing at the time.

Many years later, now, I read about how the Fibonacci series was just one example of a more generalised phenomenon called additive sequences. The rule that generates the Fibonacci series is next N = the previous N + the second previous N. By changing the ‘seed values’ (that is, not always starting with 1, 1), different number sequences can be obtained but the proportions will always tend to be closer and closer to Phi the farther you go out into the series. If you change the rules, for example, next N = N 5 numbers ago + N 6 numbers ago, then you will get a totally different series, and the ratios of that rule will not tend to Phi, but will converge on a different constant. Any values used to start that series will tend to the same unique ratio for that series. Using this principle, in 2006–2010, I generated a lot of different random number routines using these equations for John Dunn’s ArtWonk and MusicWonk software, and I’m still using those generators in my own composition to this day.

Pages: 1 2 3 4 5 6
This entry was posted in ESSAYS and tagged Kathy Acker, Kenneth Gaburo, Warren Burt. Bookmark the permalink.
Warren Burt is a composer, writer, video-maker, sound poet and a few other things. Born in 1949 in the USA, he came to Australia in 1975 and, as William Burroughs said, 'so the years passed.' He has performed his work in Australasia, North America, Europe and Japan, and his writing has been published by a number of Australian, European and American publishers. He currently teaches music history and composition at Box Hill Institute, in Melbourne, and lives in Daylesford, Vic.