FOB: Fresh Off the Books 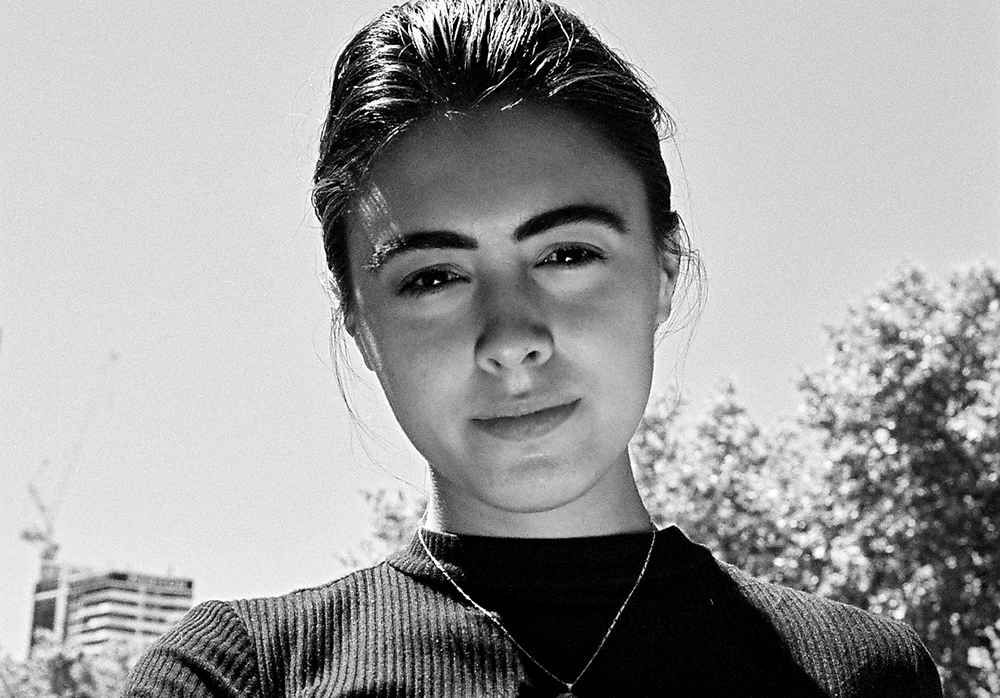 Image courtesy of the author.

‘Only idiots and government leeches live in Western Sydney,’ Zekay said to me as he tied up his oily brown hair into a topknot. He was standing in the middle of the grass at Central Park Mall, his hairy arms spread out like he was Jesus on the cross. Zekay was a University of Technology Sydney film student who lived in Surry Hills and loved to call himself the Son of Man while scratching the wiry pubes under his arms. I had met Zekay on Tinder, drawn by his curly hair and long lashes. His skin was as white as bleached notebook paper.

On our first date, I kept stroking the length of his forearm as if I was writing on it or as if I’d find the true talent of his art in the pores of his skin. At around 9pm, I asked Zekay if we could go home, my head lolling towards his lap as I pulled at his peach fuzzed arms. He ran me to the last Western Line train, and when I tried to kiss him goodnight he turned his head and whispered, ‘Don’t be an idiot.’ I fell through the barriers and threw up in my handbag all the way back to Mt Druitt.

There is an assumption that real art only comes from the city, and I wanted to be around Zekay because I thought he was a real artist. I assumed that to be a real writer I had to move into the city, get high, sleep with everyone, male and female, and drink everything until I became one. I thought the only thing stopping me from real writing was Mt Druitt and being Tongan.

It took twenty-one years for me to snap out of this psychology of self-hate, and to realise that I was already in a place to call myself a writer. In this essay, I want to argue about literature; real literature, a kind of literature for those with critical minds, dedicated natures and something new to say. Being a writer is writing what you own, and if there’s anything I own, it’s the literature of being a Fob in Mounty County.

Growing up as the only avid reader in my family, I originally thought that writing and reading was simply for fun. In Year 2, I loved writing poems about spring, flowers blooming, birds hatching, warm wind whistling. Come Year 6, I loved writing about far off dreamlands that had fifty-foot rollercoasters and magic spells. In Years 7–11, I loved writing about vampires that looked like Robert Pattinson and rich boy band members that looked like Harry Styles. My writing then – only about five years back – was a reflection of what was globally popular at the time: Twilight and One Direction, subject matter every teenager with a fan-fiction account was writing about.

I had ignored every chance to tell a new and original story. My fanfics had nothing to do with the fact I wore ta’ovalas every Sunday to my Tokaikolo Church in Granville, or that I have eight siblings or that my best friends from Mounty were Indonesian-Australian, Filipino-Australian and Pakistani-Australian.

My writing got better because I chose to attend university. University is where I learned about linguistics and the mechanics of the English language and its tools, such as where to put commas, full stops, ellipsis and semi-colons in their most effective places. I learned the importance of research as a creative writer: researching subject matter, genre and form. But it was when I’d encountered the work of Chris Lilley, a White man in brown face paint pretending to be Tongan on ABC television, that I came to realise the importance of the kinds of stories we tell, and who should be telling them.

Throughout most of my life, the only widespread representation I had seen of Western Sydney were news reports filled with dole-bludging bogans, violent teen gangs and ethnic terrorists. Now, when I write about Mt Druitt, I go up against national news that manifests itself into wide spread memes on the internet. One particular news-story-turned-meme uses the blond-headed adventurer icon Tin Tin (published by ‘Eshays’). Instead of wearing his trademark blue jumper and red slacks, Tin Tin is decked out in a snapback, Nikes and a bumbag as he walks past Bankstown train station. Bankstown is depicted in this image as a place filled with dead bodies, dog shit, bird shit and and Maccas. Another meme, ‘Tin Tin in Penrith’ (Published by ‘Herpes’) contains a similar message. Tin Tin rocks a redneck mullet as he gaps it with a smoko from drugged-up bogans, feral dogs and passed-out drunks in the Red Rooster carpark.

Another example is ‘Drive By’ by Michael Duffy and ‘Evil in the Suburbs’ by Cindy Wockner and Michael Porta. These kinds of mainstream ‘Western Sydney’ stories are always about ethnic crime, sexual assault, drug-dealers and drive-by shooters. These texts are always written by outsiders, people who do not come from Western Sydney and who do not have any legitimate connection to our region and our communities.

Although I understand that violence, drugs and people of low economic income do exist in Western Sydney, rarely do we ask why some people within my community have formed these gangsta or bogan identities in our suburbs in order to feel empowered. I believe it is because we enjoy the fantasy of power, control and community present in these identities, a feeling we rarely see reflected for us in mainstream Australian media and art.

Pages: 1 2
This entry was posted in ESSAYS and tagged Konai Helu Thaman, Mary al-Nashy, Maryam Azam, Winnie Siulolovao Dunn. Bookmark the permalink.
Winnie Siulolovao Dunn is a Tongan Australian writer and arts worker from Mt Druitt. She is the general manager of Sweatshop: Western Sydney Literacy Movement and holds a Bachelor of Arts degree from Western Sydney University. Dunn’s work has been published in the Sydney Review of Books, Griffith Review, Meanjin, SBS Voices and Southerly. She is the editor of several anthologies, including Sweatshop Women volumes 1 and 2, The Big Black Thing and Bent Not Broken. She is currently completing her debut novel as the recipient of a 2019 CAL Ignite Grant.