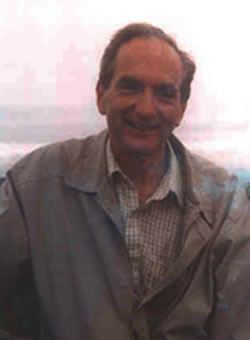 This interview began on a midday walk along the Coventry and Warwick borders in England’s temperate May and was concluded over the course of these past months. My own visit to Warwick was a delight, though suffering from the travails of long distant travel and foreign flu bugs, it was a long awaited and much anticipated trip.

It had been years since I had first come across a reference to Peter’s work, in John Kinsella’s Disclosed Poetics, and with what little material I could scrounge up, I was hooked. The tightly wound lines and the phrasings and rephrasings had an eloquence and lyrical quality that was entirely unexpected from such sharply attenuated sentences; it was unlike anything I had encountered before.

And so I quickly made my way through Leaves of Field and Terrain Seed Scarcity. Both books strike that tenuous balance between difficulty and reward, instilling in the reader a great sense of accomplishment, and leaving with them a distinct notion of the distance travelled.

To my delight, and profound confusion, one morning there was a message in my inbox from Peter Larkin. Peter contacted me after reading my poem ‘a continuous plain’, which was published in Cordite’s Pastoral issue, edited by Stuart Cooke, and which quotes a line of his: ‘true scarcity of no trespass.’

My interest in and appreciation for Larkin’s work has only heightened since my first introduction and my poetry would be much less interesting without these mined sources, and without his work as a profound inspiration. Peter and I have had an ongoing correspondence and poetic exchange in which, I will be the first to admit, I have learned an incredible amount. I have been very much in awe of his use of language and the breadth of his knowledge and remain very much indebted to him for his continued interest in and support of my own pastoral poetry.

I hope that this interview serves as a good introduction to those new to Larkin’s work, and will provide some new concepts for the reading of his work for those already familiar with it. It is also with great pleasure to present an excerpt from Larkin’s newest work, Brushwood by Inflection.

In addition, Cordite is pleased to have another great British poet, Mark Dickinson, provide us with an essay on Larkin’s work, as well as one of his own poems; a poem which speak to the influence Peter Larkin has had on the development of Mark’s poetic, an inspiration we at Cordite hope to share with all of you.

This entry was posted in ESSAYS and tagged ecopoetics, Matthew Hall, Peter Larkin. Bookmark the permalink.
Matthew Hall is working on a dissertation on J.H. Prynne and Violence at the University of Western Australia and a series of poetic essays that pertain to the radical pastoral. His poetry, occasional prose and criticism have been featured in journals around the world. Hall is Editor of Cordite Scholarly.

One Response to Introducing Peter Larkin