Experience and Transcendence in the Poetry of Tomas Tranströmer 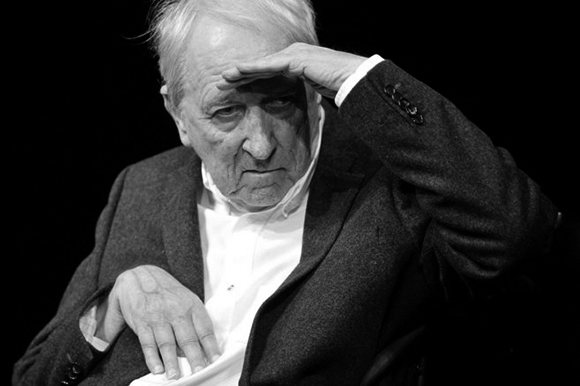 Someone says, ‘Poetry is about experience’. Then someone else says, ‘Poetry is about transcendence’. No sooner are these two statements allowed to engage each other than a vast, complicated world begins to form. Fierce conflicts arise between the advocates of experience and the defenders of transcendence. ‘Poetry holds a mirror to life’, we are told. ‘Poetry is no reflection’, we hear in reply, ‘it is a ‘furious ascension’’. Meanwhile, disputes break out over ‘experience’. For some, poetry is confessional, while for others it is a passage beyond the opacities of personality, a quest for a deep self or an escape from self. Other arguments rage over ‘transcendence’. One group affirms transcendence by way of the vertical. ‘Poetry is an illumination of the heights’, they say, ‘it may disclose the meaning of being, reveal there is no meaning to being, or in questing beyond the world may undermine itself by disparaging language’. Another group figures transcendence as horizontal movement: poetry leads to places we never knew, and in doing so changes the author.

This strange world with its assertions, arguments and bewilderments is our own, the world of modern poetry. After living here for a while, one begins to pick out individual voices that are more subtle, more intriguing, or more commanding than others. Under the guise of Malte Laurids Brigge, Rilke observes that ‘verses are not, as people imagine, simply feelings (. . .) they are experiences (Erfahrungen). In order to write a single line of verse, one must see many cities, and men and things’.1 Were this literally true, we would dismiss the poetry of Emily Dickinson and Arthur Rimbaud. However, Rilke is not aiming at those who experience the world in little but at ‘beautiful souls’ who refuse to engage with the world at all. At first, Wallace Stevens appears squarely in Rilke’s sights when he says, ‘Poetry is the expression of the experience of poetry’.2 But his point is quite different: Keats found himself in reading Spenser, Yeats in reading Shelley, and so on. To look closely at any scene of authorial formation would doubtless be to find evasions in what poets say about becoming poets. Did T. S. Eliot discover himself in reading Dante, Baudelaire and Laforgue, as he leads one to believe? Or were his most significant encounters with Browning, Tennyson and Whitman? The latter, says Harold Bloom, while urging us to accept that one poet can escape the tyranny of another only by a perverse and violent misreading. It is an uncomfortable truth, but one seldom looks to the truth for comfort.

If Stevens is right, no poetry simply reflects experience. At the least, a poem answers to experience and poetry. When pondering this situation, and wondering how a poem connects with its author’s life, it is salutary to listen to Allen Grossman meditating in the Summa Lyrica. ‘There is no poem of the experience at hand’, he says, while adding, ‘art is about experience (in the same sense that a cat indoors is ‘about’ the house)’.3 The thought that a poem might be ‘about experience’, an exterior reflection on what has happened, is dismissed. There is no naked fact that is later covered with interpretation: an event is constituted as meaningful while it occurs, and later interpretations extend or modify this constitution. So, for Grossman, a poem is ‘about experience’ in that a body of experience is somewhere in a poem, although exactly where we cannot say.

Let us pause for a moment before agreeing completely with Grossman. Is art like a house? Does it contain experience? A poem may seem to be a verbal construction, yet this appearance is misleading. Although it usually belongs to the world of paper and print, a poem is fundamentally an act of understanding. It may be several or many related acts, not all of them complete or able to be completed, and it may involve understandings and misunderstandings of different acts or objects in distinct ways and to various extents. Some may have been seen, touched or tasted; some may have been imagined; others may be intellectual realities, like geometrical figures. (Eugène Guillevic wrote a number of charming lyrics about squares, triangles and quadrilaterals that he called Euclidiennes.) When talking about poetry one gets on the right track when seeing that ‘experience’ designates what a consciousness registers, not what a person physically encounters. And one begins to walk down this track when recognising that the important thing is not the poet’s consciousness but what could be called the ‘consciousness of the poem’: a work’s ability to signify in the absence of its maker. In poetry, experience does not abide within an organising intelligence; it is bespoken by a poem that, once written, has no further need of the poet. Poetry cannot be conceived simply as a representation of an experience, even one that includes a good deal of reflection. For in its dealings with forms, genres, languages, tropes and traditions, none of which can be fully controlled by an individual, a poem may present experience that the poet had only while writing or not at all.

Having come this far, we are in a position to hear what Maurice Blanchot says of poetry4 and experience. The act of composition, he tells us, leads a poet to risk losing everything: the poem’s unity, the poet’s self-identity, even the poet’s faith in God. One writes in order to name reality; but the ‘I’ that appears on the page differs from the writer’s consciousness, and the immediacy of what one wishes to represent is destroyed by language itself. So language, even when rigorously used, is not the vehicle of la clarté, as French classicism teaches; rather, it embodies the noctural, the absent and the veiled. Yet language also reveals itself as reassuringly material: perhaps one can take it as the end of one’s quest, thereby regarding night as a simple modification of day. Almost immediately, though, the poet becomes aware of language as a play of rhythm and form that anonymously co-operates in writing the poem. Gazing into the heart of language, the poet beholds an immemorial and interminable combining and recombining of words that has no significance in itself. Here words no longer refer to things; they are empty images. In the grip of a fascination that resembles insomnia, the poet risks all identity and unity. Only by shaking itself free of this impersonal and strangely lucid gaze, older than all creation, can the work be saved from ruin. Indeed, ‘the work is this leap’.5 This passage from consciousness to the very limit of indeterminate being is what Blanchot calls ‘experience’.

Writing for Blanchot is therefore a doubled event, at once active and passive: it begins in experiencing the world but is quickly diverted and becomes an ‘experience of non-experience’.6 The two events are lived together, not as a unity but as a neutral relation. In seeing things this way we have passed from experience to transcendence, although it must be said to a transcendence of a very dispiriting kind. Blanchot himself would prefer the word ‘transgression’ and even then would surround it with many qualifications.7 Certainly what draws Blanchot to his favourite writers from Sade to Beckett is that they brush against indeterminate being. In the last analysis, his readings of these authors are oriented by how this limit experience occurs and what consequences follow from it. Of particular interest to Blanchot is that writing leads one to glimpse not a state above or beyond the world but a condition before the world. Writing leads one to encounter the flux anterior to human existence, not to experience the most determinate being, transcendent being, Being itself, or the Wholly Other, all of which surpass human existence and which form the main western conceptions of God.

I think that Blanchot overstates one aspect of his case and then underexplains its central move. Is it true that language destroys whatever it touches? To be sure, Hegel observed that when Adam named the animals ‘he nullified them as beings on their own account, and made them into ideal (entities)’.8 That is, since language involves the mediation of concepts there can be no immediate presentation of anything in words. Yet particularity is not thereby lost to speech or writing. When Marianne Moore describes an ostrich in ‘He ‘Digesteth Harde Yron’’ we may not grasp a bird in its immediacy but the poem nonetheless presents us with a singular creature, and does so in a unique manner. Blanchot’s crucial move, however, is that the work responds to the flux of primordial being by leaping away from its paralyzing gaze. Putting aside the questions why he shifts from author to work, and whether a poem can properly be said to have this kind of agency, one may still ask how and why the work escapes its condition of fascinated passivity. No explanation is given. At the very least such a leap presumes a tacit affirmation of being as a horizon if not an assembly of entities. If poetry draws us to what precedes human being, it also stirs us to return to the world about us.

Pages: 1 2
This entry was posted in ESSAYS and tagged Kevin Hart, Tomas Tranströmer. Bookmark the permalink.
Bio is forthcoming ...