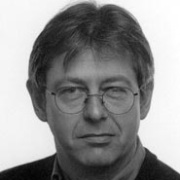 Do you have, as the pop song goes, the 'music in you'?

I think the music of words is always in me, almost to the exclusion of any other sort of music, and perhaps necessarily so for me. I almost never play music at home – I like to work in silence – and I'm completely uneducated in music.

When I'm writing, though – or, really, when I'm revising what I've written – I pay a lot of attention to the music of the lines: the metre, the pacing, the alliteration, the consonance, the assonance. . . .I read a new poem aloud to myself many times, and get it by heart; and so, after having completed a new poem, I can say it to myself silently. Sometimes that leads me to change a syllable, fiddle with the punctuation, or even rewrite a line or two. Sometimes music enters into the life of a poem: there are allusions to the blues here and there, as well as to Chopin and to Schumann. One strain of music that is surely in me is the blues… The old spirituals are ravishingly beautiful, and I can't think of any blues chant that hasn't moved me if it has been sung at least half-way well. And with the blues the rougher the voice, the sweeter the music.

What do you think of Eminem touring Australia?

It's a pity that his visa application got so much media attention while it was under consideration. Had the application been turned down, people would have objected on grounds of free speech, Eminem would have seemed like a martyr, and young people would have found ways of hearing his raps anyway. They can be easily downloaded from the web, I imagine. It's best just to clench one's teeth, and hope that the warning he was given not to be gratuitously offensive is taken seriously by Eminem and his minders. But all this is small beer. There are people whose business will harm the country who are allowed to enter it every week without the Department of Immigration giving them a second thought. How many executives in multinationals engaged in works that seriously damage the Australian environment are refused entry visas?

Just on the question of free speech, your new book, Flame Tree: Selected Poems, was to have been set for VCE English Literature in Victoria, and then it was knocked back because the word 'cunt' is used in one of the poems. What's your response to this?

I gather that some people on the committee responsible for selecting texts for VCE Literature objected to 'Nineteen Songs', especially to the line 'My semen hot and wild inside your cunt'. I was told that these people strongly objected to the word 'cunt' being used in a poem in a book set for VCE. students. 'There would be an outrage among parents,' I was told in an email by a teacher on the committee. I don't think anyone was ever thinking about setting 'Nineteen Songs', so no one would have been required to read them or write on them, but of course some students would read the entire collection and would find that line.

I was very surprised to think that the line could offend 18-year-olds these days. I suppose there will always be parents who are outraged about something in the curriculum; they would be shocked by parts of the Bible and Shakespeare if they read them closely. In Australia 'cunt' is often used by lovers, women and men alike, and no offence need be given or taken. It can be said very tenderly, although I agree that it is sometimes said with the intent of being vulgar or of denigrating women. For many people, it has simply replaced the word 'vagina' which now seems, at least to me, overly formal, coy and medical, a word you might use with little children when they are learning parts of the body but not with adults with whom you are intimate.

A number of my poems are set for secondary school students, and any teenager who likes those poems will easily be able to find Wicked Heat or Flame Tree and thereby come across 'Nineteen Songs'. I get rather a lot of mail about those poems, from folk of all ages. Some blokes have said that they have bought Wicked Heat or the pamphlet Nineteen Songs for their partners, and some women have written to say that they wished their boyfriends or partners would write poems like that for them.

What musical piece best describes you?

Goodness, I couldn't say. It's probably an old blues track, maybe something by Cripple Clarence Lofton or Bessie Smith.

Do you play an instrument?

I started learning the guitar when I was about nine, and when I was a teenager I played rhythm guitar in a group. We modelled ourselves on Cream. I wrote most of the lyrics, and we did our own version of 'Spoonful', but I wasn't a very good guitarist. I gave it up in my final year of school, though I still admire Eric Clapton. I have to confess, with some embarrassment, that when I was in first year of High School I won the Music Prize, which surprised me greatly. Although I was in the school choir and the school folk group, I was smart enough to know that I couldn't carry a tune. I learned how to play the guitar, but tuning it was always harder than it should have been, and I often had to ask another guitarist to tune my instrument for me. Hardly a sign of great musical talent, that.

Have any of your works been set to music?

Over the years quite a few of my poems have been set to music. One or two have more than one setting. In 1999 I was commissioned to write a hymn, and I ended up writing two. The one I was commissioned to write has two settings, although I've heard only one of them; and the other hymn I wrote, which is the more meditative, is to be set to music by Christopher Wilcox, who also provided a very beautiful setting to 'Jerusalem' about eight years ago. I think some of 'Nineteen Songs' could be set to music, as could a new series of ten poems which is coming out in a limited edition next year with artwork by Kristin Headlam. The book is called Night Music. A few recent poems – 'My Name' and several parts of 'Amo te solo' come to mind – might also lend themselves to music of one kind or another…

There seems always the proposition put forward that music is the purest vehicle for emotional expression . . .

Oh, you mean Walter Pater's line that all art aspires to the condition of music? It's always struck me as being quite daft. In a poem language and meaning, rhythm and feeling, work together. I don't say that they fuse because there's always a bit of play in a poem, but they certainly rely on each other. Of course, we lyric poets learn from music, notionally or concretely – I've probably learned this and that, without intending to, especially from the blues and jazz – but none of that can be simply applied to the writing of poetry. Even a refrain works slightly differently in a lyric poem than in the lyrics for a jazz piece or a folk song. Anything you learn outside poetry has to be rethought in poetry. To be sure, poets sometimes make analogies between poems and music – T. S. Eliot's 'Four Quartets', for example – but most of the time such gestures strike me as specious. I don't think that Eliot's poem has much to do with music, as a formal or even a historical discipline, at all.

I think it was Alfred Corn who wrote along the lines that poetry is set aside from other literature by its inherent musicality . . .

The trouble is that 'literature' doesn't denote a stable set of texts, or even a fixed matrix of different sorts of texts. About 200 years ago the word 'literature' meant 'secular learning' and it included history, philosophy, religion and travel writing as well as poetry and the drama. With the advent of Romanticism, the word contracted its range and designated only poetry, prose fiction and the drama. For a fair while 'literature', in this new sense, burnt with great intensity. And now we are in the midst of another linguistic and cultural change, one you can recognise if only by the fact that film, TV and newspapers, along with bits and pieces of philosophy, are studied in Departments of English Literature or Comparative Literature. These things take their course. Yet we poets can comfort ourselves with the 'long perspectives', as Philip Larkin would have said. There was poetry before literature, and there will be poetry after literature. The Romantic grouping of poetry with novels and the drama was never very satisfactory. Poetry has as much to do with paintings, philosophy, history or music as it has to do with novels. But you started off by quoting Corn saying something about the 'inherent musicality' of poetry. I think I know what he means but I'd prefer to talk about musicalities in poetry, since there are so many different sorts, and different languages offer their own possibilities.

This entry was posted in INTERVIEWS and tagged Kevin Hart, paul mitchell. Bookmark the permalink.
Paul Mitchell is a poet, novelist and essayist. His novel, We. Are. Family. (MidnightSun Publishing), was published in 2016, and his third poetry collection, Standard Variation (Walleah Press), was short-listed for the 2016 Adelaide Writer’s Week John Bray Poetry Prize.