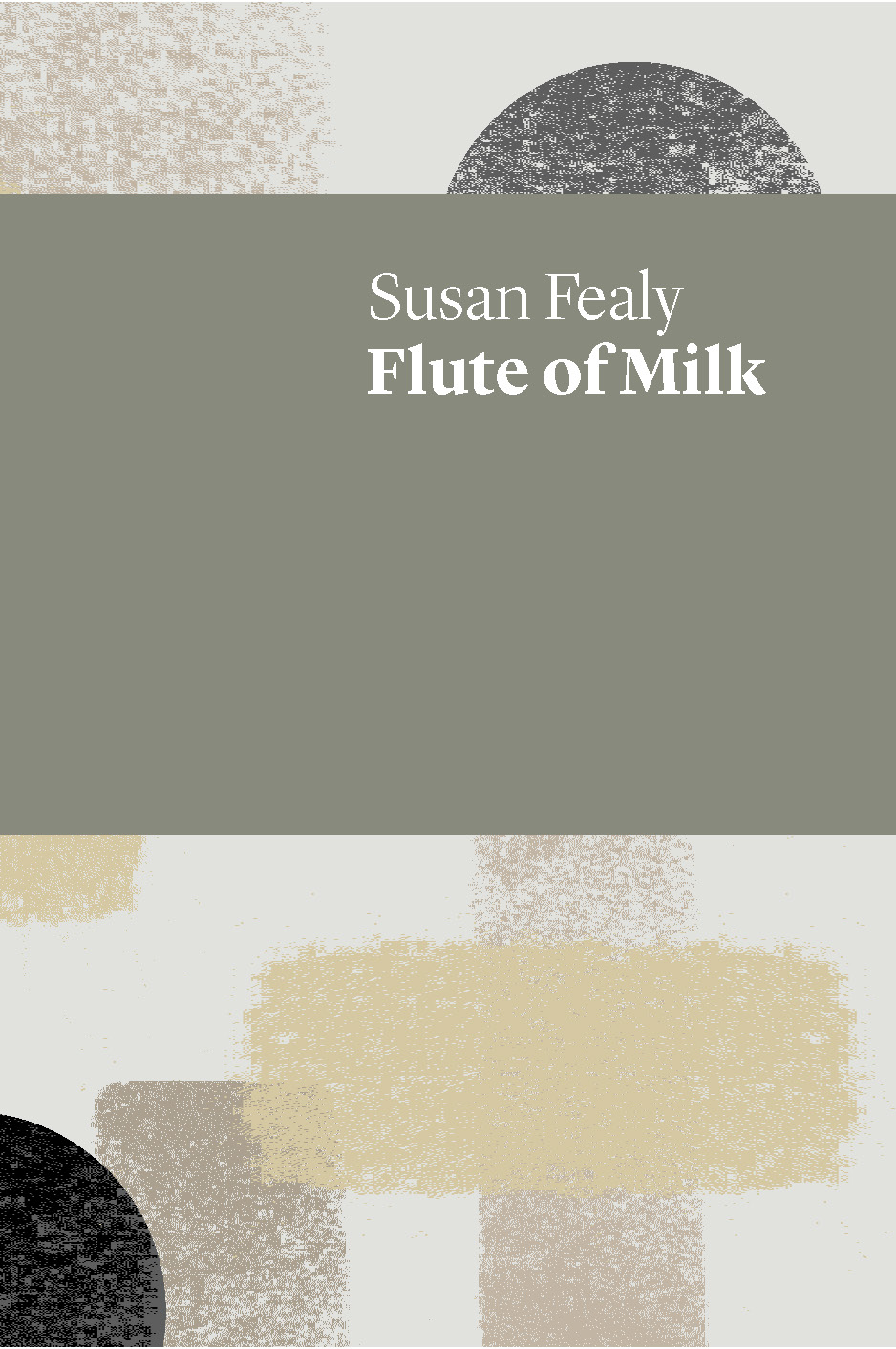 Award-winning Melbourne poet Susan Fealy’s first full-length collection is an engrossing and richly resonant volume, one that – like all good artworks – reveals greater connective complexity with each subsequent encounter. The work is divided into two parts, with section one’s epigraph drawing the first sixteen poems into a meaning formation that takes off from a Louise Glück work. In the selected Glück couplet, God addresses humans on the making of a life, referring to the ‘bed of earth’ and ‘blanket of blue air’ that are meant to sustain us. Fealy’s first section proceeds to explore this earth / sky schema, in poems that travel through such ‘earth’-associated ideas as materiality, body, and the present, as well as through notions relating to ephemerality, thought / imagination, and the past (‘sky’). The lengthier part two approaches similar territory from a different angle, using an excerpt from Robert Haas’ ‘A Story About the Body’ to foreshadow a heavier emphasis on events relating to the life cycle. Circulating thematically through both sections are questions regarding the relationship between mind and body, or, put another way, between intellect and creativity, an issue that comes to a head in the striking, quite personal concluding poem. ‘Writing with the Left Hand’ makes use of Hélène Cixous’ theory of writing through the body to suggest that perhaps the soma is the more trustworthy aspect of the human, and that it should somehow be liberated (‘cut off’) from cerebral limitations. But prior to this a wealth of figurative detail portrays life as far more fluid than binary, so that, on balance, this final piece offers no resolutory conclusion.

The continuity of life’s components seems, in fact, to be one of the collection’s driving concerns. The title poem, appearing early in the volume, depicts ‘the past, present and future’ as ‘a long flute of milk,’ and this image of liquid flowing is applicable to Flute of Milk as a whole. Throughout, a series of continuities are brought into view, one of the more overt being Fealy’s openness to other discursive forms. As the endnotes and individual poem’s epigraphs tell us, many pieces converse with and respond to external sources, these sources coming from a range of genres. Fiction, non-fiction, other poetry, visual and tactile arts all inform Fealy’s process, so that, overall, something of an intermingling of aesthetic forces is at work. Vermeer’s painting The Milkmaid, for example, is a particularly vivid early resource that sets up ongoing reverberation, and writers such as Banville, Dickinson, Kafka and Baudelaire appear as important interlocutors. As might be anticipated in a work that can be read as exploring what makes up a life, motifs of love and loss figure strongly, but the role of the aesthetic itself is also a significant theme, often overlapping with other motifs. Specific references to aesthetic matters include the nature of poetry (‘It’s a place / to leave your fingers / and your lips’), a body preserved in Pompeii (‘the pain of stone clings to you’), a pinned moth in a museum (‘Do you remember / tapping at the window, frantic as a tiny bell?’), and a widower forging porcelain bowls (‘Their stillness is an argument / for eternity’).

Reading these poems and following their inter-threading elements, one becomes keenly aware that a great deal of material is being covered, both conceptually and sensorily. In such a situation one might rightfully consider how – and, indeed, if – the poet manages to create for the reader a reassurance that creative chaos is not a constant threat. For me, Flute of Milk is a profuse yet judicious collection for two main reasons. Firstly, and in relationship with Fealy’s intertextual method, a painterly approach is taken to the abundant, cycling imagery. From the first poem, a palette of visceral colours is established as the key aesthetic system organising this writing / reading experience. Reds (blood, roses), blues (sky, eyes), greens, pinks, gold, silver – such affective hues flow through almost every page and every image, with the repetition of colours having the effect of dispersing yet containing the multivariant meanings. This colour palette is variegated but also tethered, since limit colours are perceptible in the regular appearance of white (light) and black (shadow, darkness). These taut lines from ‘Film’ illustrate one impact of these boundaries:

The fluctuation of colour is an apparition, we might surmise, a continuum that is rich but also delimited by the powers of darkness and light. Despite its profusion of colour, then, a consciousness of containment infuses the volume.

The second technique that affords aesthetic assurance is Fealy’s handling of language. It is a measure of Fealy’s skill that the acute visual impact of her poetry is achieved by way of linguistic exactitude. The diction is finely crafted and feels (despite the occasional off note) precise, so that while tonality varies greatly across the poetry, there is, altogether, a sense that a singular voice underpins the work. This has the result of peeling back meaning to its most distilled, which is to say there is a force of quietness about Flute of Milk. The poem ‘In Lieu of a Statue,’ addressing the loss of a mother, exemplifies this exactitude:

This linguistic deftness continues across several poetic designs – free verse, sonnet, prose poem, villanelle. And in the deployment of each of these designs, Fealy’s adroit touch also seems to have let form evolve in correspondence with content, rather than impose it. In a poem responding to Brett Whiteley’s Still Life with Cornflowers, Fealy acknowledges her commitment to this kind of methodology: ‘The silence of the jar / must be the centre / which grows the painting.’

Although most of the poems in Flute of Milk have been published elsewhere, it has, from all accounts, taken Fealy quite some years to compile this collection. In an age when speed and instantaneity have become standard, we can only be thankful that she has persevered in her endeavor. Her sharply drawn and intensive poetic landscape offers a level of engagement with language and ideas that is highly gratifying.

This entry was posted in BOOK REVIEWS and tagged Anne-Marie Newton. Bookmark the permalink.
Anne-Marie Newton is a Perth writer whose poetry and prose has appeared in several Australian-based journals (including Island, Westerly, Southern Review), and has been broadcast on Australian national radio. Her poetry has also won prizes in Australian competitions. She holds degrees and post-graduate qualifications in several disciplines, and has recently completed a PhD (Cultural Studies/Philosophy) exploring the thought of continental philosophers, Gilles Deleuze and Félix Guattari.