We needed it because there was less and less to say, no one else to see and nowhere else to go within our 5k radius. But This Light was proof that everything still existed while delivering vicarious pleasure through the period of relentless isolation. It deepened our love by tethering us to something beyond the privilege of our state sanctioned intimate partner status. In the new geography of relationships we were safe but watched platonic partners severed apart, understanding their loss because we experienced it too. Our friends became a mirage almost in reach beyond our 5k bubbles.

At first our viewing choices were predictable Michael Haneke, David Cronenberg, Spike Lee, Catherine Breillat, Faith Akin, etc before we found ourselves within folders like Palestine Censored. It was startling to see it there amongst the streams of content, which felt like a cinephile fantasy that elevated the kitsch and the weird into ‘museum’ quality viewing. The stories it contained demanded our attention and action but it was equally odd to see it curated amongst a wide-ranging spectrum, which felt as frivolous as it was transformative and addicting. The films were selected by Kaleem Hawa and documented the land theft Palestinians experienced through the censorship of their films such as:

• Jenin, Jenin (2002), which an Israeli court recently banned and is streaming on Vimeo in solidarity via the Palestine Film Institute;
• The Lobby (2017) and The Lobby – USA (2018), in which Al Jazeera goes undercover among various pro-Israel lobby groups, was not screened in the U.S. due to pushback from Zionist organizations;
• Radiance of Resistance (2016), a documentary about Ahed Tamimi was banned in Singapore;
• The Occupation of the American Mind (2016), a documentary narrated by Roger Waters on Israel’s public relations war in the United States, which experienced many attempts to censor it;
• Cyber Palestine (1999), a short film by Elia Suleiman, a Palestinian director who has been the subject of censors for many of his films

However unlikely it’s presence was it was still an archive of western settler atrocities against Palestinians, which reinforced the implicit and explicit ways that evidence, truth telling and histories disappear within the bureaucracy. It was a reminder that community led action and documentation was needed. It was the only thing we had. So I started to screen shot work emails collecting information for a future archive that I wasn’t sure what to do with but would later send to friends. It confirmed what we already knew about a government that fabricated narratives like ‘keeping social housing residents safe means locking them in.’

Overtime I ambled through the most obscure folders where the absence of linear structure or obvious themes created an absorbing lyricism, that I needed as my own connection to ‘reality’ slipped from view. In The Artist in Society a collection of short clips were taken from feature films and popular TV shows like The Simpsons and Family Guy depicting a range of scenes that occurred in art galleries. The clips were interspersed with random interviews with Andy Warhol and a one-minute clip of Tracey Emin on Channel 4 asking the interviewer “are really real people from England watching this program right now?” with a cigarette in her hand. 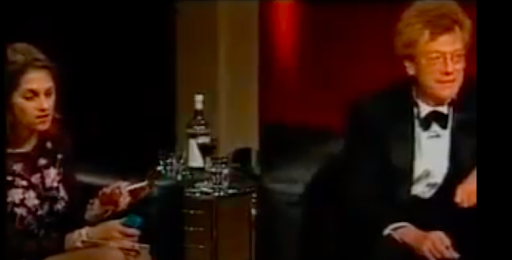 My favourite gallery clip was of Eddie Murphy in Beverley Hills Cop. 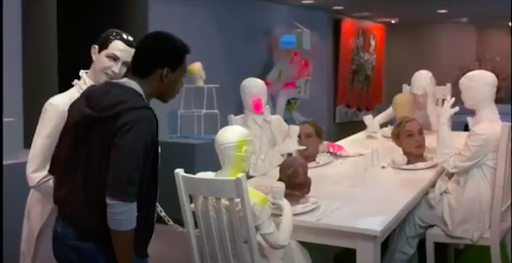 Eventually we moved even further into the depths of sub-folders buried within sub-folders hidden beneath the art house films, news footage and social justice documentaries to find a section titled The Dershowitz Files dedicated to Alan Dershowitz. A lawyer who represented insidious figures such as Donald Trump, O.J. Simpson, Jeffrey Epstein, Harvey Weinstein, Roman Polanski, Jim Bakker, Mike Tyson, and Claus von Bülow. If it intended to develop a nuanced analysis of the socio-political events that these criminals represented it was weak, leaning uncomfortably close to the ‘right to freedom’ argument raised by those who fear that call out culture impedes their creativity. It seemed to assume that all culture is valid even if created by monsters. We left the portal quickly concerned that it had ever been made.

This Light’s promise started to diminish and I wondered who had collected the wildly discordant selection of documentaries, significant feature films, video art, random home made clips and interviews with preeminent thinkers and artists. A small curatorial statement was the only clue:

This Light is a project that emerged out of a desire to make private viewing habits public, as common space continued to dissolve into private property, and our attention was pulled towards the monetized distraction of streaming content in solitude. It was also a response to the surprising lack of screening venues—and even regular screening series—in Los Angeles committed to expanding the definition of moving images as an art form. For two years I tried to summon the financial support necessary to run the project out of a decorated shed in a backyard; while at the same time taking opportunities to present the project nomadically, including a full-on prototype at the Kunstlerhaus Stuttgart. This Light was on hiatus during 2019, but the pandemic has propelled this current online expression of the project.

There were links to a website and Instagram that were sparse and ambiguous. I had entered Norm’s imagination not knowing who they were when there was nowhere else to go. An email address at the bottom of the website was the only possibility of finding more. With nothing to do and no one else to see I emailed.


This entry was posted in 103: AMBLE and tagged Timmah Ball. Bookmark the permalink.
Timmah Ball is a non-fiction writer and occasional poet whose work is influenced by working across urban planning and research. She grew up in Birrarung-ga/Melbourne but her heritage is Ballardong Noongar on her mother’s side. In 2017 she won the Westerly Magazine Patricia Hackett Prize and has written for a range of publications and anthologies.