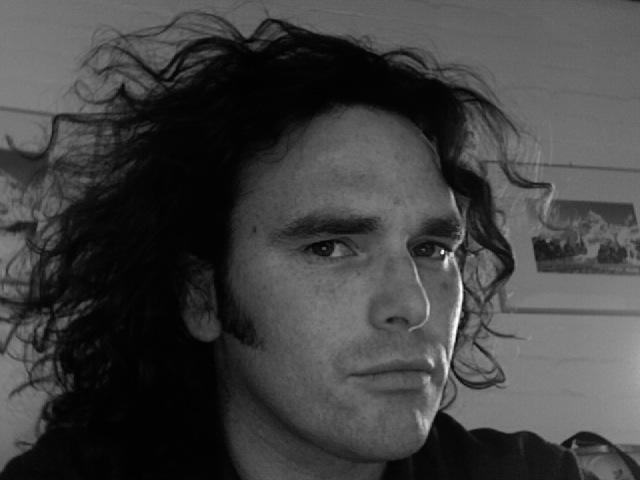 Joel Deane has won two national awards for his poetry and fiction. His novel, Another, won the IP Picks award for best unpublished Australian fiction manuscript in 2004 and was published in the same year. His book, Subterranean Radio Songs (IP 2005) won the same award for poetry and was short listed for the Anne Elder award. Despite all this he still has time for a day job ? writing speeches for the Premier of Victoria, Steve Bracks. Deane spoke to Paul Mitchell about poetry and politics.

PM: Many poets, especially those from South America, Central America and parts of Europe, have had a strong political commitment, both in their lives and in their poetry. As an Australian and the Victorian Premier's chief speech writer, where do you see yourself within the tradition of the political poet? And do you think that tradition is strong in Australia?

JD: I see myself as a poet, first and foremost. Politics may well come into my poetry – and it has been, increasingly, of late – but I wouldn't want to be pigeonholed as just a political poet. That said, I'm very bloody political.

I come from a tribe of Irish-Norwegian-Scottish Catholics who split from the ALP over Communism in the 1950s and never looked back. I was one of the first of the fold to return to the Labor fold and, from where I stand, everything's political, everything's open for debate – and politics is not a dirty word. To me, politics is about getting up and fighting for what you believe in. Sometimes that comes out in poetry, but I also, besides my day job as a speechwriter, write essays and fiction. Probably the most political piece I have written, thus far, was my first novel, Another (IP 2004), which was a very angry book.

So far as where I fit in the scheme of things as a poet who is political and sometimes writes poems with political themes, I honestly don't know. I'm just trying to excavate the poems that are in me. I am a big fan of political poets like Shelley and Octavio Paz. And Pablo Neruda was a huge inspiration to me at one time in my life, but, ultimately, poems have to stand up as poems for me, otherwise they are just rhetoric. You might have the most progressive politics on the block, and you might be able to slice and dice it into terza rima, but I still reserve the right to not like it as a poem. To me, for a political poem to be successful – and I'm thinking of ?Easter 1916' by W.B. Yeats here – it has to bring something to the party that no other form can deliver. Otherwise, you may as well issue a media release.

PM: What about the Australians?

Australia does have a history of political poetry. I'm thinking of Bruce Beaver's ?Letters to Live Poets'. Or some of Mary Gilmore's work. Even the so-called father of our nation, Sir Henry Parkes, who was a bit of a ratbag if you ask me, wrote poetry. You can find one of Sir Henry's books, ?The Beauteous Terrorist and other poems', on the web if you're keen. The title poem was inspired by the story of Sophia Perovskaya, a Russian Nigilistka who tried to assassinate the Czar in 1879. Parkes cranked out flowery, overwritten poetry, although I like the line ?her beauty felt the hangman's hand'.

Some people seem to think poetry and politics are at odds with each other. For example, one of my favourite Australian poets, Judith Wright, gave up her poetry to dedicate herself to her environmental causes. Personally, I think that was a great pity.

My view is probably closer to that of American poet Eleanor Wilner, who balances her poetry with her work for political causes. Recently, Wilner had this to say about the overuse of personal, as opposed to public, poetry: ?It's terrible to have our writers thrown back on private subjects while the public language gets farther and farther from the truth of what is happening. We need to take back the rhetorical high ground from the politicians who degrade it.'

PM: How does being so involved in the political process affect the mechanics of writing poetry? Do you also write as a release from the kind of work you're doing?

JD: Politics and poetry are similar for me in this way: both are vocations. I'm a poet first and foremost, but I'm involved in politics because I want to try to make a contribution, no matter how small. I want to help push Sisyphus' stone up that hill.

My poetry has, at times, been a kind of antidote to the jobs I've done ? which have ranged from tabloid journalist to TV and internet producer to press secretary. At the moment, though, my political job is having a catalytic effect on my poetry: the best speeches have flow and rhythm and repetition, like poetry. As a result, the more speeches I write the more poems come out. I've never read or written as much poetry as I have over the past two years.

PM: How do party members feel about you being a poet?

The Age outed me as a poet and a novelist when I was hired to be the Premier's speechwriter. Up until then most political people had no idea I was a poet.

The day that article appeared, with a poem of mine, ?King Kong', reproduced from Cordite, the Attorney-General, Rob Hulls, called me and said he felt it was his duty to inform me my poetry was shit because it didn't rhyme. I think Rob is more of a dirty limerick man.

Ever since then I've been razzed about the poetry on occasion, but everyone from the Premier down has been very supportive about my writing. The ALP's a broad church, you know. There's room for all sorts. Even poets.

Do you think your position works for you in the poetry scene, both in terms of publishing and gigs?

I'm not sure at all where or if I fit in the poetry scene. I stopped publishing poetry for almost 10 years, between 1995 and 2004, for a variety of reasons. I was travelling for six years, for one. I was also beset by a series of personal traumas ? much of which is buried in my poetry – that made it impossible for me to write anything for quite a while. There were a few lost years in San Francisco. By the time I arrived back in Melbourne in 2001, I couldn't write. After a few years of being miserable I decided to have a go at finishing Another, which I managed in 2003. Once that was done, the poetry started coming again – beginning with a poem called ‘Romea y Julieta’. I haven't stopped writing since.

What I'm getting at is I've only started to get published in poetry magazines again, and I don't frequent the poetry reading circuit. If I'm known for anything it's for being a speechwriter, rather than a poet or a novelist. Consequently, when I stand up to do a reading I feel I have to prove myself.

Who have been the major poets and politicians who have influenced you and do you think there are any connections between these figures?

I admire all the politicians I've worked for: John Brumby, Rob Hulls, and Steve Bracks – for a variety of reasons. Historically, my greatest political influence would be John Curtin. Curtin was a journalist and an activist who was imprisoned for his beliefs during World War I and managed to steer Australia through its darkest hours in 1942. He was a man of principle and an original thinker, two characteristics that are rare in private and public life. He also spoke from the heart, which I love, because the best speeches are not the ones that are the most polished, but the ones that are the most authentic. Curtin was authentic ? and that is a principle I aspire to in speechwriting and poetry.

If I were going to name one person who was a connection between the political and poetic worlds, though, it would be Judith Wright. I don't know why, but there's something in Wright's poetry that keeps drawing me back. Earlier this year, for example, I spent a couple of weeks reading one of her poems to the exclusion of all else. That poem was ‘Woman to Man’. Every time I read that poem, which encapsulates the thoughts and feelings of a woman who is pregnant, I was moved. In the end I wrote a poem in reply, ‘Man to Woman’, that encapsulates the thoughts and feelings of a man who has lost a child.

Up until this year I didn't realise that Judith Wright and I shared the same birthday – May 31. Very strange.

Another poet I admire for his nerve and verve, in life and in letters, is Allen Ginsberg. When I was living in the Bay Area I landed a reading at a Beat exhibition in the M.H. de Young Museum in Golden Gate Park. They had Jack Kerouac's original manuscript of On the Road on display – and Ginsberg flew out from the East coast to perform a reading.

This was not long before Ginsberg's death, but he delivered an extremely passionate reading. He only did new poems, no ‘Howl’ or ‘Kaddish’, and he even grabbing an accordion and sang a few poems, including a William Blake number, in a thin, reedy voice that was very moving.

I remember sitting in the auditorium thinking, Here is an old man in a suit standing on a stage doing his thing and not giving a rat's arse about what anyone thinks. Now that is inherently radical – and political.

This entry was posted in INTERVIEWS and tagged Joel Deane, paul mitchell, politics. Bookmark the permalink.
Paul Mitchell is a poet, novelist and essayist. His novel, We. Are. Family. (MidnightSun Publishing), was published in 2016, and his third poetry collection, Standard Variation (Walleah Press), was short-listed for the 2016 Adelaide Writer’s Week John Bray Poetry Prize.