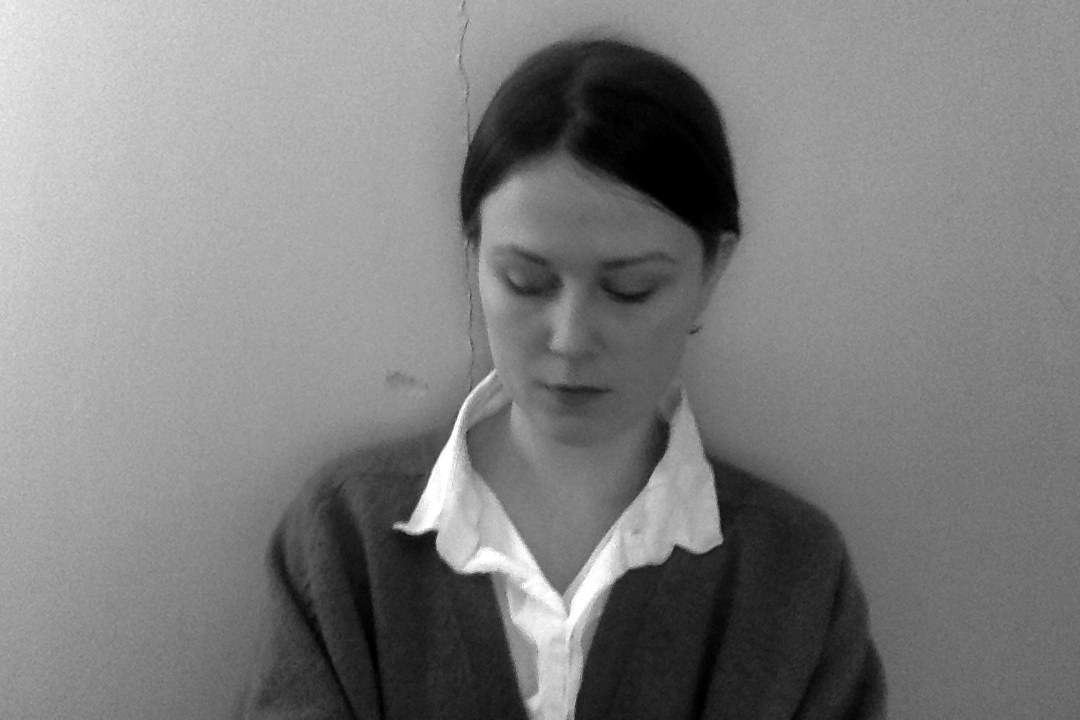 Based in Belfast, Sophie Collins is co-founder and editor of tender, an online quarterly promoting work by female-identified writers and artists. Her poems have appeared or are forthcoming in Poetry, Poetry London, The White Review, Ploughshares, The Lifted Brow and elsewhere. Reviews and other writings are published in Poetry Review and Dazed & Confused. In 2014 she received an Eric Gregory Award and was a poet in residence at the LUMA/Westbau exhibition space in Zürich. She is currently editing an anthology of experimental translations due late 2015 via Test Centre, London. I interviewe Collins in The John Hewitt, Belfast, December 15th, 2014.

Bonny Cassidy: Thanks for representing tender as one of its visionaries – the other being Rachael Allen. Before we talk about the journal itself, it would be good to learn a bit more about you. You grew up in Holland, right?

Sophie Collins: Right, though I don’t feel Dutch, nor particularly English. Honestly, I feel a bit nomadic. I was born in the south of England; my father is a Classics teacher, and he was offered a job at an international school based just north of Amsterdam, so I grew up there from a toddler until I was about eighteen. At that age I moved back to London to do a BA at Goldsmiths, and then after my MA came to Belfast to do a PhD at Queen’s. The work I’m doing here deals with experimental modes of translation. The creative component is an anthology of experimental translations I’m putting together, which will be published by an independent press here in the UK next year.

BC: How does your ‘nomadic’ youth inform your interest in translation? More specifically, what drives your focus on the experimental angle, since this also seems to typify the work you publish in tender?

SC: I think it’s not necessarily my upbringing that was ‘nomadic’, but rather the feeling I’m left with now of sitting a little uncomfortably in either culture. Without wanting to forge a narrative, I can definitely see some links between my childhood, my education and my current sensibilities. Having grown up in North Holland and attended a school with a strong emphasis on language, and a really broad, international intake, languages and borders have always been central to my life and thinking. I was taught primarily in my mother tongue (English) but also had to take certain classes – namely the human sciences – in French, and this while living in the Netherlands, so I’ve been working across at least two different lexicons from pretty early on. Partly due to this, language took on a material aspect for me at quite a young age – it felt like a tool rather than the fount of sense. So, much later, when I was introduced to ideas around conceptual poetry, including modes of conceptual/experimental translation, the ideas didn’t feel threatening to, or out of sync with, my outlook, and I became very interested in experimental poetics very quickly. I began to incorporate conceptual techniques into my own poetry, and, soon after this, during my MA at UEA, began a module in experimental translation. At that point it made sense to incorporate different languages into my research, and my approach to translation was always going to reflect my approach to poetry.

The work in tender is also a reflection of these sensibilities – with the journal Rachael and I wanted very much to etch out a space not just for female writers and artists, but also for the kind of work that we feel doesn’t get enough airtime in the UK. This tends to lean towards that which subverts expectations of lyric poetry, whether such work incorporates and transcends the lyric, or altogether rallies against it. We don’t subscribe to a manifesto and aren’t (I hope) prescriptive, but in terms of poetry we are always looking for something with what I think could best be described as self-awareness, however that manifests.

I guess that, with editing the translation work, I’m relatively new to that discipline but could be seen as making decisions about what’s valuable, what ought to be shared. But tender was more of a spontaneous project, something that developed as it progressed. And I guess that’s to do with the serial format of the journal. Rachael and I saw a gap in UK journals, which we wanted to fill. We wanted to promote young female talent from the UK and America, and elsewhere, in translation, whenever possible, and bring that together with more established contributors, breaking down the ostensible discrepancy between them. At a poetry event the other week, an Australian poet living in London, Holly Isemonger, told me how heartening it was to see in tender an eighteen year-old woman from Long Island publishing her first poem alongside work by poets like Linda Kunhardt and Eileen Myles. She felt this made the journal more approachable as a reader and potential contributor, and that this was part of her enjoyment of it. She also said tender had influenced what she was reading at the time, which was an amazing thing to hear, and so in tune with our original aims.

BC: I have to ask you, then, why a female-only journal? Why now, and why here in the UK?

SC: We distinctly felt that a female-only journal was something that was lacking in the UK. There are a couple of others, including Mslexia, based in the UK, but that is primarily a print publication, and we wanted to establish an online platform, with work that could be easily shared and distributed. We came up against some criticism of the female-only aspect early on, almost two years ago now, as I think even then it was difficult for many writers and readers – ourselves included – to see the real extent of sexism within creative industries. But these challenges seemed to fall by the wayside as more and more articles began to be published regarding gender inequity in poetry and the arts.

BC: So you agree that there is such an inequity?

SC: Yes, absolutely. Something that has both acted as evidence of this problem, and has reassured me of the positive repercussions of a publication like tender, has been when magazines, having recognised that they are not publishing enough work by women, have consulted current and back issues of tender, picking out the contributors they like and getting in touch with us for contact details in order to solicit these writers’ work.

BC: Tell me a bit more about the discrepancy you see in publishing opportunities for women here in the UK.

SC: Go to any mainstream publication, any prize list. It’s true that in the past year a lot of platforms and publications have pulled their socks up, but I still regularly perceive a disconcerting ratio of around 20:80 women to men. Perception of ‘women’s work’ also means that there is a kind of censorship on work by female writers and poets, but statements like this are only substantiated by anecdotes that demonstrate as much. A poet recently told a close friend of mine about how the final line of a poem in her debut collection was considerably changed by the press’s (male) editor on the grounds of its sentiment not being ‘maternal enough’. Editors, readers, other poets – both male and female – may openly rally against sexism within the arts, but still maintain deeply ingrained ideas about women’s representation – this is apparent not only in uneven numbers and female censorship, but in the way women are often represented and spoken about within literature itself.