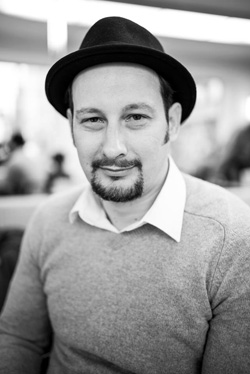 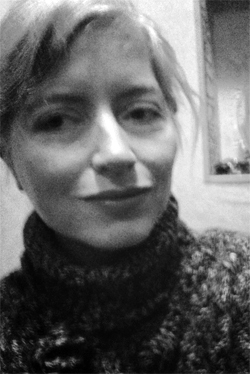 THIS IS NOW CLOSED. Cordite 48.0: CONSTRAINT is accepting submissions.

What kind of poems are we looking for?: Two (or more) people working together to create a poetic work (written, visual, audio, video, etc). This can be your collaboration with an extant person or group, or with ones that’ve long come and gone … thus, your collaboration may be ‘known’ (you producing with another living poet or active group) or ‘unbeknownst’ (a response to an artist or artwork, but not a corporation, of any medium in the present or past).

Our further thoughts: Collaboration is traditionally understood as ‘working-with’ another person or persons, which makes the possibility of attribution slippery and problematic—for who, might we ask, is really the author of the text, the one who signs their name to the work?

In this way, collaboration undermines the singularity of the author. But if this ‘working-with’ is not simply a case of working with another writer, it is because it can also be understood as working with language, with the history of poetry (allusion, intertextuality), with other genres (poetry and painting, music, photography, etc), or with other languages (poetry and translation).

Literary history abounds in such collaborative ambivalence; the Ern Malley “hoax” being a classic example. Here, two disgruntled anti-modernists produced, in the space of an afternoon, and by way of collage, a pastiche, a subterfuge, a mock collection of quintessentially “modernist” poems by a non-existent, dead, Australian poet. Their intention was to discredit Max Harris, local literary editor of Angry Penguins, and Modernism in general.

An alternative view contends that these two hoaxers, freed from the usual constraints of aesthetic judgments etc., and driven perhaps by their unconscious impulses, unwittingly produced works of poetic genius. Their “collaboration” sparked further collaboration; first with the wider literary cabal in which they were involved, then with Max Harris, the duped editor who published the poems and hailed them the work of a great Australian poet, then with an unbeknownst (and thereafter increasingly knowing) public … and then with a reactionary political-judicial system devoted to the cause of anti-obscenity (Max Harris was eventually prosecuted on that charge).

The Ern Malley poems, however, took on quite a life of their own, despite all efforts of their creators. In doing so, they initiated a series of important further collaborative processes, notable among them the artist Sidney Nolan’s ‘Ern Malley’ series and, more recently, a series of poetic cross-collaborations with the poets John Ashbery, John Kinsella and John Tranter (all poets known for their interest in collaborative practices). That the Ern Malley poems appear in full in the Penguin Book of Modern Australian Poetry has opened a whole new area of collaboration.

Please submit only once, with a maximum of three (3) poems in one document (1) … but first, please read the submission guidelines.

*Note: You may be collaborating with a living somebody unbeknownst to them, or somebody long gone. That’s okay. But you MUST demonstrate more than simply being INFLUENCED by _______________.

**Note: You’re also welcome / encouraged to include a brief paragraph with your poems to contextualise the ‘known’ or ‘unbeknownst’ collaboration.

This entry was posted in GUNCOTTON and tagged Helen Lambert, Louis Armand. Bookmark the permalink.
Helen Lambert is an Australian poet and writer currently based in Moscow. She is the author of Venus Steps Out, and her poetry and fiction has appeared in numerous journals. She read Classics at Trinity College Dublin and Oxford and is currently working on a novel.


More by Helen Lambert on Cordite Poetry Review →
Louis Armand is a writer and visual artist who has lived in Prague since 1994. He has worked as an editor and publisher, and as a subtitles technician at the Karlovy Vary Film Festival, and is an editor of VLAK magazine. He is the author of seven collections of poetry (most recently, Letters from Ausland, Vagabond: 2011; and, in collaboration with John Kinsella, Synopticon, Litteraria, 2012, introduced by Pierre Joris) and a number of volumes of criticism (including The Organ-Grinder's Monkey: Culture After the Avant-Garde, Litteraria 2013). Equus Press published his fourth novel Breakfast at Midnight in 2012, described by 3:AM magazine's Richard Marshall as 'a perfect modern noir.' His latest, Canicule, was published in April this year. A new novel, Cairo, will appear in January 2014.