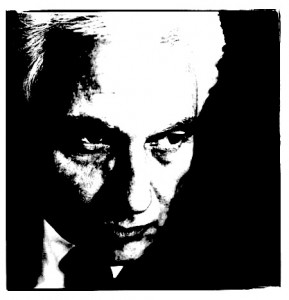 Who is this doubled figure, “John Leonard”? The case for the idea that the inscription “John Leonard” is in fact a singular figure appears strong. “John Leonard” bears the marks of a literary hoax. But a seminal and intelligent hoax; a hoax that in fact holds together the threads of the concept “Australian poetry” and allows for a cohesive poetic cosmos.

If the “John Leonards” were distinct individuals, by now one would expect either of them to have made a joke – that most prevalent of literary truth serums – about being the other “John Leonard”. If these “John Leonards” were really combatants in separate divisions of Australian poetry, this kind of en piscine (taking of the piss) would be expected by now. Instead, we have in print both “John Leonards” continually distancing themselves from the other. What makes this necessary now? If it wasn't before, it is now perfectly clear to which journals, etc., their “John Leonard” is attached. The only reason for this behaviour is that the author of “John Leonards” is now nervous about the possible discovery – which I believe I have opened as a possibility – that there is one inscription “John Leonard” and no actual “John Leonard” occupying time and space.

This entry was posted in FEATURES and tagged humour, John Leonard. Bookmark the permalink.