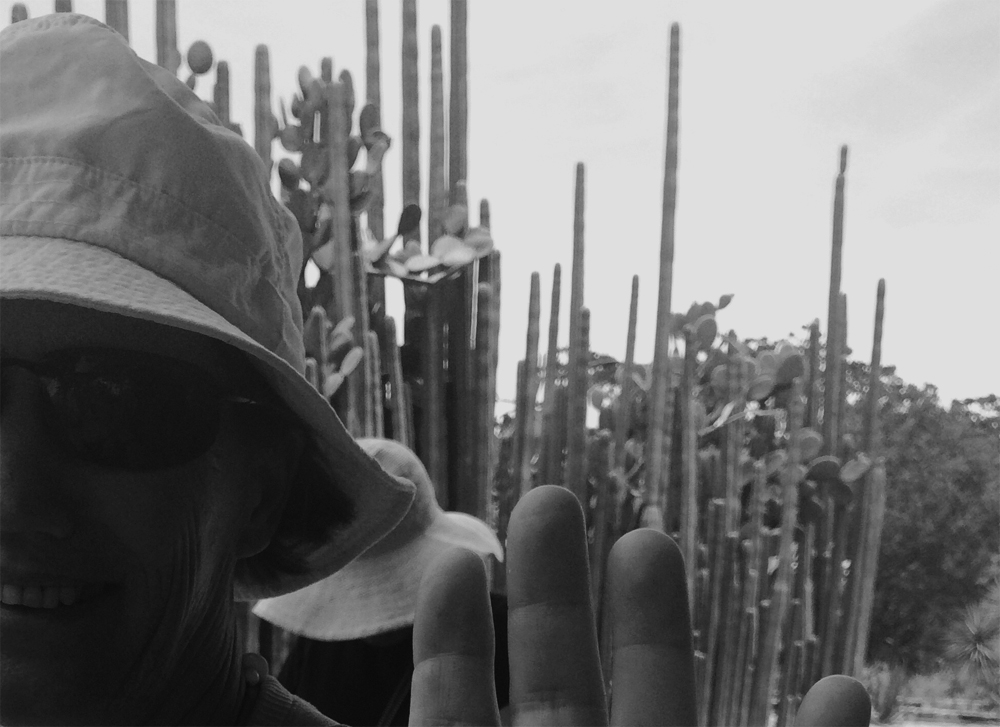 To write a poem about work is to go twice through the ropes. Once to see or do, and once to write. While accepted wisdom has it that Australian poetry has been built on landscape, I would counter with one title; The Man from Snowy River. And even if this Banjo is somewhat more Whitman-esque in watching, rather than doing, it is still the forge of work, a visceral drama, but with the laconic, under played cadence of the everyday.

I will admit, straight up, that I’ve always had a predilection for the intricacies of other people’s work; one of my first jobs out of university was as at a naval dockyard, where I did well by close attention to the flow of data, gossip and the details of each occupation. The dockyard’s trades and technologies presented (along with a few other things) a kind of museum of 20th century trades and trade practices. While the centuries have gone when people were known by their craft; the Glovers, Butlers, Smiths, Masons, Bakers, Taylors et al are still with us, and it’s a pity, I think, that our own Programmers, Plumbers, Sparkies and Bloggers will not be commemorated in surnames.
On the face of it, work or toil might be impugned as below what poetry is all about. But if you spend so many hours in love, contemplating sunsets, the classics or even that popular trope, your navel, none of these singularly or together add up to more than the hours you spend at work (whether this is the kind that pays by the hour, the year, or by that ambiguous measure, the welfare of your nearest and dearest).

Nearly every poet has or has had a job, apart from writing. Work, our training for it and its doing makes its imprint on both our minds and our bodies. A case in point is the growth in the posterior hippocampus of London taxi drivers , a result of their study and daily navigation of London’s streets, strand, avenues, by-ways, one-ways and highways without a map, though this increased memory capacity seems to be offset by reduction on other spatial skills. Every occupation has its hazards too. Think of a librarian’s compulsion to catalogue, the accountant’s penny-wising’s, the pontification of barristers, lager’s asbestosis, housemaid’s knee, quarryman’s silicosis, musician’s deafness. We can’t underestimate how invasive work is on our person, how it pervades our take on the world. The expression ‘married to the job’ is pertinent. But how does this relate to poetry? We become, or are, in some part, what we do – this part as important and intrinsic to our identity as any. How we consider work and express this in our art practice reflects the way we work at poetry. The Dutch writer Cees Nooteboom, says in his poem Bashõ IV ‘The poet is a mill that turns the landscape into words’, especially true for him coming from a country of wind mills. It is not only the landscape that is milled by poets; entire professions, trades and guilds are fed into poems.

The Queensland painter Robert MacPherson says, ‘I’ve always been inspired by places where I’ve worked’ , and while this is a not unambiguous statement, it does reflect a constant scanning of the immediate environment for subjects, inferring a quotidian approach where things might be engaging in their own right. This, along with the poem of toil may have some allegiance with Duchamp’s appropriation of a urinal as his work ‘Urinal’ to ‘de-deify’ the artist, not only by adoption of the ready-made, though poetry does this, as we see here in the inclusion of found text in Margaret Bradstock’s Sun Tong Lee and Company, Gulgong, 1872, but by rejecting the classics, the old gang of Landscape, Legends and Love, the conventional literary high ground. It is not of course that the classics don’t have merit but that they should not have a monopoly on it.

There was an ad for Heineken beer years ago, with the droop of Mr Spock / Nimoy’s pointy ears being revivified by a drop of lager, and the by-line, ‘Reaches unexpected places’, well that’s the poetry of work, it takes unlikely subjects and finds places you didn’t know you had. To write should be a kind of philosophical experiment, with words and ideas, to call the great traffic accident of time to order and give you new rules that temporarily outsmart the old way of knowing things. Which, of course, means you need a subject, work, or toil for example. My theory, in general, is that if you take up the subject of work in a poem, you are more than an occasional dabbler, you work at the craft, turn over the things that come your way to see if they have something in that that will make a poem.

Be that as it may, work, Philip Larkin’s infamous toad, one that squatted both on and within him, has not been poetry’s go-to subject, but, once you get there, is very often worth it. Larkin later, warmed to the ‘old Toad’, preferring his in-tray to a walk in the park. Easy candidates for the likeable toad poem are Elizabeth Bishop’s ‘At the Fish Houses’, Hayden Carruth’s trifecta of ‘Emergency Haying’, ‘Hay for Horses’ and ‘Regarding Chainsaws’ … while Robert Wrigley’s brilliant ‘Anatomy of Melancholy’ brings together work, melancholy and Lucifer.

On the other side of the Atlantic, in the UK Poetry Archive, you can find George Szirtes, ‘Plumbing Services’ is on the tools. Their collection of working poems also includes some Australian gems, notably Michael Sharkey’s ‘History’ that unpacks a jacket-pot of work, with a nod to Robert Pinsky’s ‘The Shirt’. The two are both work poems and salutary reads for the clothes shopper.

Toil is political. The value of what you do has always been subjective, and a bit fickle, you pay more per hour to get your air-con fixed that to have your children cared for. To write about your own work can also be political. The worker’s poetry magazine 9-2-5 ran from 1978 to 1983, and was based on the self-empowerment of the worker poet. You can hear some of the poems from the Best of 9-2-5 on Radio National’s (now sadly defunct) Poetica’s program, ‘Poetry of Work’. This program includes Lyn Boughton’s ‘Diesel Truck’ that delivers brilliantly the sense agency work can give. Poems on work are an applied poetry that gets its hands dirty, and show an acceptance of the vernacular, writing in the cadence of every day speech.

The poems in TOIL have taken to their theme with zeal. Here is a range of work, past and present, paid and pro bono, work by humans and the hard work of animals. Judith Beveridge’s poem ‘Rory’ is precise, lucid, and with a gentle intimacy, one might be a benign blowfly in the shed. Todd Turner gives us his taut villanelle on branding; the work of leaches is set in fascinating detail in Adam Day’s ‘Sangsue’ locusts and earthworm get look in too; while Jan Owen’s ‘Anticipation’ carries on. Maris O’Sullivan’s ‘Grief’, with its concision and feeling, acknowledges that of all hard work, grief might be the hardest. Benjamin Dodds’s poem ‘Surrogacy’ is good example of the way a title can act as a small motor to both define and reframe what is happening in the poem. It is so filmic it made me think about all those orphans and babies taken away in the 40s, 50s and beyond, as well the emotional and physical cost of surrogacy.

In a welcome parallel to Lyn Boughton’s run-in with a diesel truck, Jessica Yu’s ‘learning to drive’, about the doubly hard work of learning to drive and teaching someone to drive, is a ripper. David Musgrave’s ‘Robin Hood’ makes a play – or was that a playtime? – for social justice. All this reassures. Poetry written with a fine sense of humour is gas in the tank.

There was a large number of poems on my short list, some of them needed just a wee bit more, well, work.

Thanks to Kent MacCarter for the opportunity to be the guest poetry editor for TOIL, and to all those who toiled to submit poems.

This entry was posted in ESSAYS and tagged Carol Jenkins, Cees Nooteboom. Bookmark the permalink.
Carol Jenkins is an Australian writer and publisher. She lives with her family in Sydney, near Balmoral Beach. Coming to poetry from a career in chemical regulation, her first poem was published in 2004. She has two collections of poetry, Fishing in the Devonian (2008) and Xn, 2013 both from Puncher & Wattmann. Her most recent book and silliest book is Select Episodes from the Mr Farmhand Series, from Puncher & Wattmann, is available in print and as an ebook. In 2016 she was a judge for the Newcastle Poetry Prize and a guest poet at the International Festival de la Poesie in Quebec. Her poems have been translated into Spanish, Chinese, Russian and French. In 2007, she launched River Road Press, which has recorded and published 21 audio CDs of Australian poets.