A Book Which Is No Longer Discussed Today 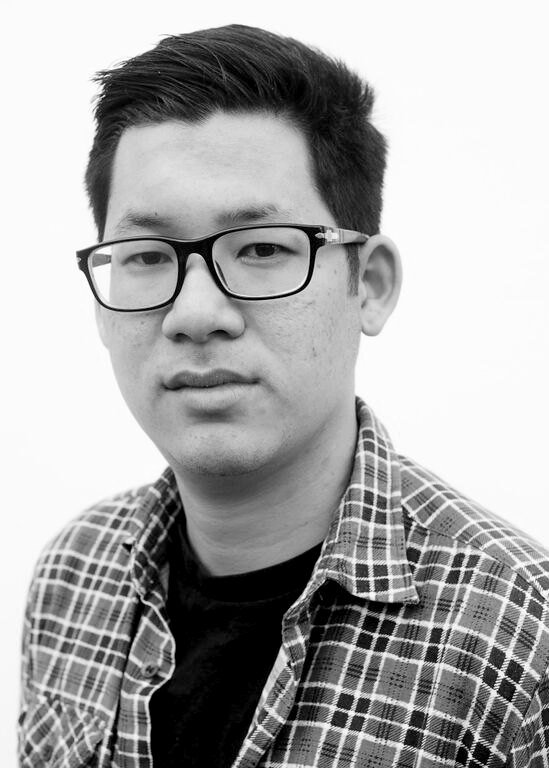 To get to my grandfather’s bookshelf we first had to remove the strata of life-giving impedimenta that had built up over the last twenty years: oxygen tanks, IV drips, a hospital-style care bed; a certified, handmade icon of Mary and the infant Jesus, a Mary-shaped bottle of Lourdes miracle water, and another icon of Mary and child – Vietnamised now, with black hair and dark, almond-shaped eyes, dressed in the traditional silk robes of pre-colonial, independent Vietnam.

The prize at the end of our work was significant, for me at least – my grandfather’s battered paperback copy of The Sound and the Fury. Of course, identical copies, mass-produced and in better condition, could be found in any English-language secondhand bookstore around the world, but this copy had a power the others hadn’t; it reified something that had long felt fraudulent. Like letters patent, the book granted me access to the intellectual aristocracy: I was not, after all, the son of IT workers, of destitute boat people become middle-class suburban philistines, but the grandson of a thinker, a man who had taught himself English by reading Fisher’s History of Europe and The New Economics: Keynes’ Influence on Theory and Public Policy and The English Constitution – and Faulkner and Greene and the King James Bible.

Not that the object of my search was pure vanity, or snobbery (though it certainly had more than a trace of both). Instead, it was a salve, a bandage over a wound that had threatened a cherished childhood dream – a fantasy that we’ll call universalism. In the grips of that fantasy I had believed that the school library was open access, that there were no borders in the life of the mind save those of capability and curiosity. But then, somehow, through a thousand and one little signs, I began to understand – and, more importantly, to feel – the distance between myself and the authors I took home with me to read alone in bed when the house was still and the lights had gone out.

I became plagued with the same question that dogs Ta-Nehisi Coates in Between the World and Me: who is the Tolstoy of the Zulus? Who is the Faulkner of the Vietnamese? I might, as Coates did for a time, retreat into identity, into nationalism – the secessionist response. From here on, I will only read works by (Vietnamese/black/female/gay) authors; I will not seek safe passage through the library’s borders but instead fortify the barricades. But I was unwilling to pay the price of secession.

For one thing, I like Faulkner and Tolstoy; reading them, Yoknapatawpha County and Imperial Russia did not seem so far away, nor its citizens so different from me. Which, of course, is the allure of the dream – that from Shakespeare to Virginia Woolf, I have access to a universal consciousness, whose depth of thought and feeling, and whose capacity for love and shame and sacrifice mirrors my own. My grandfather’s copy of The Sound and the Fury meant all that to me and more – it meant I did not have to wake up from the dream, as I had begun to fear – that I could, echoing Coates, say that Tolstoy is the Tolstoy of the Zulus – and Faulkner is the Faulkner of the Vietnamese.

I imagine him in knee-high socks, short trousers, cravat and blazer – the standard uniform for a colonial lycée despite the sticky heat – carefully parted hair slicked down with brilliantine, head bent over the prescribed text: Morceaux choisis d’auteurs annamites by G Cordier, published in 1935. The subtitle reveals the text’s purpose: for the teaching of Franco-indigenous secondary and French secondary students. Which is to say that my grandfather studied the literature of his people (misnamed by the colonialists as Annamites – Annam being a transliteration of the Chinese word for ‘the Pacified South’, an insult codified into law) in translation, categorised and ennumerated in supremely French fashion by G Cordier into lengthy pages of tables to be rote-learned by bored, drowsy students – the field notes of an anthropologist, for later inclusion in L’exposition coloniale internationale de Paris.

So what was this book doing on his shelf, 75 years later? The answer is in the little detail he told me to explain why, after everything they had done to him – the lost years, his shattered health, and the death of all his ambitions – he still had some sympathy for the Communist cause. His father had been the deputy manager of the local railway station – never the chef, even though his French superior had been a lazy, drunk incompetent – and every day the trains would pull into the station, French carriages first, marked with the sign: pas de chiens, pas de Chinois – no dogs, no Chinese. We’re all Chinois to them, my grandfather would say to me. Or not even – Indo-Chinese; the people found between those two ancient and most august cultures, India and China. A footnote in history, an accident of geography. Indochina was a fabrication; it only existed on maps made by Parisian cartographers.

And so too Indochinese literature: it could only exist once imprinted with the mark of a Parisian publisher. It brings to mind W E B Dubois’s peculiar sensation of double consciousness, ‘this sense of always looking at one’s self through the eyes of others, of measuring one’s soul by the tape of a world that looks on in amused contempt and pity.’ Or Joyce’s excoriation of Irish art: the cracked looking glass of a servant.

In A Common Humanity, Raimond Gaita tells an anecdote about a grieving Australian mother, M, who was watching a documentary about the Vietnam War. The doco showed the grief of Vietnamese women whose children had been killed in the war; M’s response is to say, ‘But it is different for them. They can simply have more.’ For Gaita, M’s statement is representative of a quintessentially racist world view – she does not deny that the Vietnamese women suffered, but insists instead that that suffering could not possibly have the same depth of meaning for them as it can for her. This is racism in a nutshell, for Gaita – the denial of the full profundity of someone’s inner life based on his or her race.

This is hardly a radical line – it is the prevailing wisdom that racism is a matter of failing to comprehend the full humanity of another; a failure, in short, of imagination. Gaita juxtaposes The Black and White Minstrel Show with Othello, one a shallow representation that reinforces racist assumptions and the other a profound, infinitely complex portrait of the human condition. Yet isn’t it more telling that Gaita’s example of a black man’s inner complexity is the fantasy of a white playwright?

It is a consistent, perplexing omission in a book entitled A Common Humanity that Gaita never engages with a non-Western thinker; his thesis of a universal capacity for thought is asserted rather than shown – or, we might say, reasoned rather than practised. Which is the allure of the dream: that reason can overcome experience – that, following Kant, we might espouse the Universal Man without ever leaving home – home being the Cartesian plane, that happy vacuum in which human beings can be stripped of their historical and social circumstances and considered in the cold, universalising light of Reason.

But, as ever, Reason’s abstract lines, following only their own algebra, fail to recognise (for better and for worse) other, older boundaries. What we are left with is a double or even triple consciousness, as the inner life of the Oriental (or the Aborigine, or the slave) is bifurcated into a borrowed (Western) philosophy on the one hand, and a set of native thought condescendingly dismissed as superstition, ‘values’ or a kind of historically and geographically dependent culture on the other.

Looking at my grandfather’s bookshelf, I can see the same division: on these shelves, that universal, rational thought which deserves – and demands – to be exported the world over, and on these other shelves, literature reduced to the status of the artefact and the curio.

But the wonder of the dream is that it offers a way out of this labyrinth of belonging and non-belonging, the tyranny of kinship. As Gaita would have it, we need only recognise the humanity in each other – and what better way to do that than through the humanist literature he quotes with companionable familiarity, from Shakespeare to Dostoyevsky? But if this is equality, then I can’t help but feel that it is equality bestowed, from above. I’m reminded of the reviews of Robert Olen Butler’s A Good Scent from a Strange Mountain (a book I greatly admire):

Pages: 1 2
This entry was posted in ESSAYS and tagged André Dao, G Cordier, Jacques Derrida, Raimond Gaita, Tố Hữu. Bookmark the permalink.
André Dao is a writer of fiction and non-fiction. He is the co-founder of Behind the Wire, an oral history project documenting the experiences of people in mandatory immigration detention.