The Northern Territory Emergency Response: Why Australia Will Not Recover from The Intervention 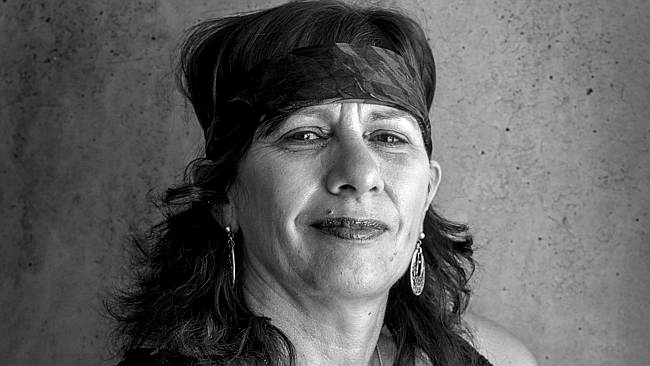 It was always an exciting time for me, during my time in the role of Art Centre Manager at Titjikala, to escort Aboriginal artists from central Australia to their art exhibitions and forums in Adelaide. On one occasion were two senior Pitjantjatjara / Luritja artists from Titjikala, and they were accompanied by their granddaughters. My granddaughter had joined the group in Port Augusta. And so we were in Adelaide when the news was announced.

The next day, after the exhibition, and on the front page of the Weekend Australian, a large photo showed army soldiers playing football with children in the community we had just left. One of the elder artists lay down on the floor. I lay beside her and asked what was wrong. She said she was ‘waiting for a heart attack,’ as she did not believe that the other children she had left behind would still be in the community upon our return. She was sure the Army would steal them. Why else would they have invaded her home? I held her in my arms and reassured her that everything would be alright. I kept my voice strong. But my mind was addled with confusion and doubt. What was the Army doing in the remote Simpson Desert of central Australia?

In August 2007, The Australian Federal Government, under the leadership of Prime Minister John Howard and the Minister for Indigenous Affairs Mal Brough, rolled out a policy titled the Northern Territory Emergency Response, which has become more infamously known as The Intervention. Howard based his argument on the findings of the Little Children Are Sacred Report that claimed paedophilia rings and child sexual abuse cases were rampant in Aboriginal communities with the Northern Territory. This report also pleaded for locally based action, education and resources.

A total of seventy-three Aboriginal communities and town camps were targeted. Operation Outreach involved about six hundred soldiers from the Australian Defence Forces, led by Major-General David Chalmers. Many Aboriginal soldiers from NorForce were deployed to ‘protect’ the bureaucrats to deliver the new policies. It was a strange and mixed message.

I was living with my kinship family at Titjikala, on the edge of the Simpson Desert. I witnessed firsthand intimidation methods to implement the following strictures, justification for the extreme wages paid to ‘interventionists’: alcohol restrictions (these have been in place for many years, and ineffectively monitored due to lack of police); mandatory ‘sex checks’ on all children residing in the communities, overriding the regular health checks in the local community clinic (doctors from interstate were paid $5000 per week including benefits, due to their perilous task); Welfare quarantining of money, for all families and Aboriginal residents, including high standing community leaders and long-term employed; Changes to land tenures, what became five-year leases evolved to 40 to 90-year lease holds by the federal government in return for essential services; Suspension of the Land Councils permit system controlling access to Aboriginal communities; and the abolition of the Community Development Employment Project (CDEP), often the only employment strategy in these remote communities. I was there the day all the staff got sacked!

The loss of the international tourist venture at Titjikala was a result from the CDEP’s elinimation. Here was a community that had worked in partnership with Macquarie Bank and the Indigenous Land Council, to build an authentic cultural enterprise and showcase their community and history. Many overseas visitors arrived to stay for short residencies at Gunya Titjikala, a series of deluxe safari tents boasting polished floor boards, private en suites with claw baths and eco-toilets, and exceptional views of the Simpson desert and the night skies. Guests were treated to bush tucker catered by locals. Entertainment provided and reciprocated at night was a true example of the friendships I had imagined might exist in a mature Australia.

It was terrifying to watch the effect of the loss of livelihood upon the men of Titjikala. The confusion and constant changes to their lives made them nervous to speak out. Respectfully, I wrote the poem ‘Intervention Pay Back’ in support of the men, who I knew as kind, hard-working, fun-loving and strong husbands, fathers and sons. These men are my family and also my friends.

Pages: 1 2 3
This entry was posted in ESSAYS and tagged Ali Cobby Eckermann. Bookmark the permalink.
In 2013 Ali Cobby Eckermann won the Kenneth Slessor Prize for Poetry and Book of the Year for her second verse novel, Ruby Moonlight, a massacre story. At the time she was in Ireland, as an Australian Poetry Ambassador. In 2014 she attended the International Writing Program at the University of Iowa. Her memoir, Too Afraid To Cry, was published in New Delhi India in 2015, on her way to Jaipur Literature Festival.