Weaving Blankets of Story and Hearts of Gold: An Archival-poetics Praxis 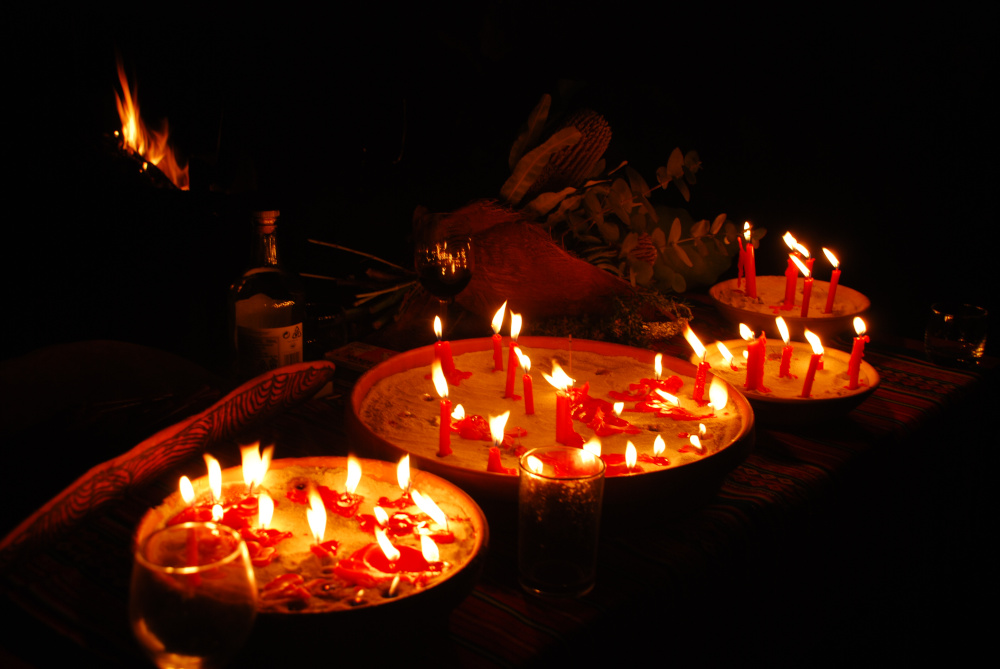 My dad was diagnosed with lung cancer on his fifty-ninth birthday and after a fierce battle with his body and mind, he died two years later. In the face of all odds, he maintained optimism and hope. He could never accept the inevitable, and in the words of Dylan Thomas, he did indeed rage against the dying of the light. His courage, dignity and will shone bright until the very end.

On the first of many anniversaries after dad died, his birthday felt like the right time to begin weaving a basket from a selection of letters from the State’s Aborigines Protection Board and Children’s Welfare Board files, handwritten by my nanna and great-grandmother: a small contemplation on mourning, family history and the colonial archive, and the heart of my research at the time. These letters provided critical insight to our family’s histories and legacies otherwise smoothed over, hidden, or forgotten. They were replete with references to home, to family and a domestic-trained life controlled by the state and exposed another layer of trauma and resilience that is not widely known or considered in official accounts of history.

Content in my lounge room and surrounded by a shredding of these letters which had been copied onto banana leaf paper, I could feel them all beside me. Nanna’s handwritten words from the archive box rested lightly in my hands, and I imagined our fingertips touching. The phone rang, and a potent collision of grief, blood-memory and nostalgia ruptured the quiet: Do you like Neil Young? my friend Ali asked. I was a child of the seventies and quick to reply: Who doesn’t like Neil Young? She offered me a ticket to his show the following night, and I promptly burst into tears. I composed myself, accepted her generous offer, and with an emotional return to the archives I cranked the volume on ‘Heart of Gold’ from dad’s ‘Harvest’ album and continued to weave.

Weaving became a central conceptual metaphor and literal cultural practice in my research and Archival-poetic praxis: to liberate these letters in ways previously unimagined, to free them from the state and weave them back into the world, into my family and into my body, and to transform forwards through an ‘archive-fever’ labour of love. It became an intuitive means to gather, hold and liberate my nanna and great-grandmother’s words from the archive-box; to reckon with history and honour a very different story to what was officially documented on the record about them.

So, wrapped in a blanket of stories across time and place, and through mournful ‘Heart of Gold’ nostalgia, on that particular autumn day, I was reminded that while blood-memory forever pumps where hearts have stopped it does not always flow easily.

Pages: 1 2 3 4 5 6
This entry was posted in ESSAYS and tagged Ali Cobby Eckermann, Ali Gumillya Baker, Ann Stoler, Ellen Trevorrow, Faye Rosas Blanch, Leanne Simpson, Natalie Harkin, Neil Young, Simone Ullalka Tur. Bookmark the permalink.
Natalie Harkin is a Narungga woman and activist-poet from South Australia. She is a Senior Research Fellow at Flinders University with an interest in decolonising state archives, currently engaging archival-poetic methods to research and document Aboriginal women's domestic service and labour histories in SA. Her words have been installed and projected in exhibitions comprising text-object-video projection, including creative-arts research collaboration with the Unbound Collective. She has published widely, and her poetry manuscripts include Dirty Words with Cordite Books in 2015, and Archival-poetics with Vagabond Press in 2019.