I constantly juxtapose, or overlay, maps as if they were so many transparencies, combined. I overlay Leichhardt and Hill End. The two established about a decade apart. To what degree is rubbish truly local anymore? The same abandoned beer bottles in either place. Any place.

Psychogeographers talk about drift. If city streets were unpaved, the desire lines that mark such drift in parks, in green spaces, would represent a complex web. The rubbish I note, and photograph, and write along my walks sits along desire lines the way a bike lane sits along other traffic. This rubbish is that stuff tossed aside that marks human desire to dwell in certain places. At the same time, it is more than human. Not just as the vibrant cup or saucer cracks, but as the dog walked by his artist is drawn to lost baseballs, as the insect moves around remnant orchards, as the bird collects stray ribbons for her domicile, as the octopus stockpiles debris to disguise the entrance to his dwelling.

The drift of debris is human, animal, mineral (as, for example, rubbish breaks down, becomes part of earth) and elemental: wind moves it, water moves it. 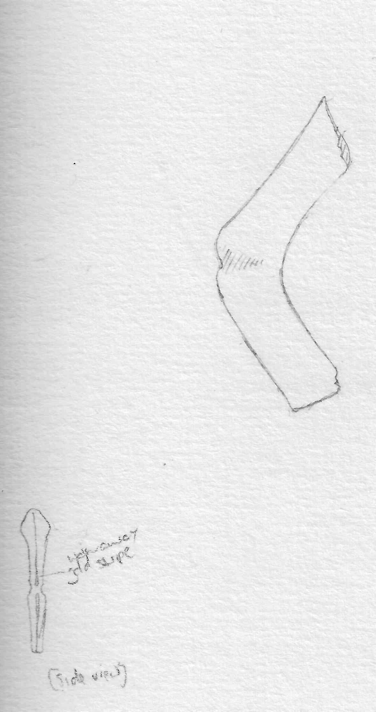 We follow the drift – both our own, and the drift of the debris, until they become interchangeable, indistinguishable. Each instance of the discarded a moment that invites residence. I come back, too, to Berger, to his ‘Field’. He writes, ‘[t]he field that you are standing before appears to have the same proportions as your own life’ (n.pag.). The shards of porcelain S. finds in the fields are kin to the shards I sweep up after the kitchen shelf collapses, or after my hand fails, or my cat waltzes a cup off the edge of the coffee table. The shards S. draws come to me in her drawings, and I hold them as real, project my own memories onto them. The ground at Hill End becomes the ground at Iron Cove, becomes the floor of my house. This is residence.