The raison d’etre of onedit

Onedit1 hasn’t had a statement about its raison d’etre since its inception almost 15 years ago, and it’s interesting to be writing one now. The point of poetry for me is that it’s a much more flexible, open, varied, and enduring way of writing into, out of, through, around, or with the world than any kind of commentary can ever be. The poetic statement of what onedit2 is about is onedit itself and (to my mind) no poetry should need a commentary. Ah! But for those who don’t know what onedit is about (and I imagine that I am the only person in the world who has read it in its entirety) I’m happy to give this potted history into, out of, through, around, what it was, has been, is, and will be, even.

The way onedit started was out of conversations with Miles Champion3 and Thomas Evans. We three (perhaps ridiculously, perhaps realistically) at times felt ourselves to be the last three people standing in the British poetry scene of the mid-to-late 1990s.4 Onedit came out of my having lived in San Francisco and then New York for quite some time in the early-mid 1990s, and my meeting a whole swathe of poets who were, broadly-speaking, the generation that came after LANGUAGE. The way the world divided was that the boys (Brian Stefans, Tim Davis, Rob Fitterman …) were sympathetic to those who came before them, and the girls (Lisa Jarnot, Eleni Sikelianos, Lee Ann Brown …) were much more out of the New York and Beat schools. Being British,5 I was able to talk to everyone and was welcomed wherever I went. I made all of the early poetry friendships of my life in those years in the USA, and when I was forced to return to the UK,6 7 it was my intention to bring my first poetry friends to the misogynistic and moribund desert which was (to the minds of Miles, Thomas, and myself) that of the UK in 2000AD.8 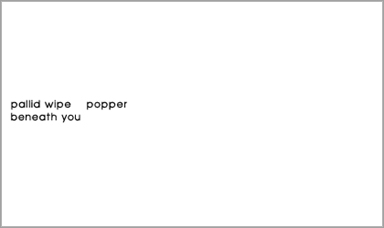 And so onedit was born. It was9 both Thomas’s and my mag. We debated doing hard copy but felt that production costs (and postage back to everyone in the USA) would make it prohibitively expensive. Neither of us wanted to do an online mag, but we wanted to do a mag – and online was therefore the only way.10 I asked a Japanese student friend to build me a site and I gave him the mimeo-mag inspired design for how I wanted it to look. He built the first issue and we were ready to go.11 My particular inspirations were the mags Adventures in Poetry, Juillard, One Hundred Posters, and The World. The whole world of blurry type and minimal design which was a necessity for Larry Fagin, Trevor Winkfield, et al., became (through happy chance) a very clean and clear way of navigating around what can be a really cluttered and unreadable poetry landscape on the internet.

There are three main phases to onedit. The first phase was the early issues which contained many more US poets than from the UK. I am really proud to have otherwise unpublished work by Jackson Mac Low and Clark Coolidge there, and to have really rare pieces by Alice Notley and Stephen Rodefer.12 13 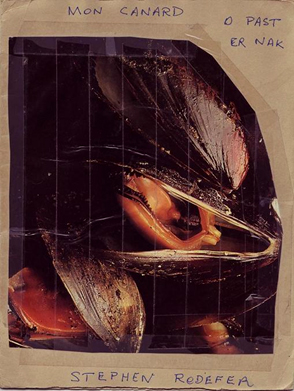 I14 had an issue which just featured visual work by Isabelle Pelissier, and I wanted onedit to have as much visual work as written; mirroring my two favourite periods of poetry – European Dada, and the many and various New York Schools. 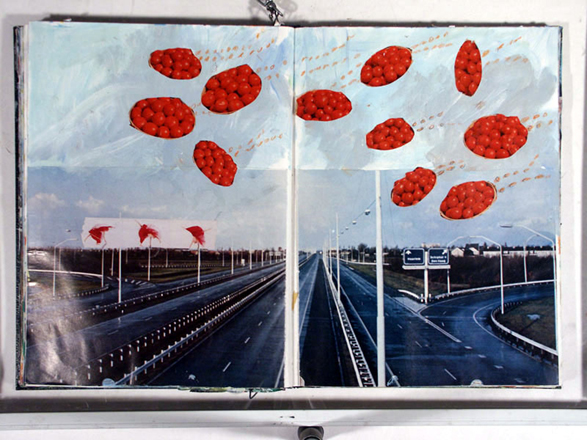 This stalled when Edwina Ashton was asked to provide work for a single artist issue and (not unusually for Edwina) didn’t come up with the work.15 And so onedit became a poetry mag and pretty much that alone.16 The two ideas that drove the early issues were (a) the desire to have the contemporary scene17 available to the UK who I felt might be interested – although I didn’t know who they might be, given the general antipathy to American LANGUAGE-based writing in the 1990s18 – and (b) by the desire to be doing something that felt worthwhile. This was how it was for the first batch of issues. Then onedit really changed. On my return to the UK from two years in Barcelona I discovered a very different landscape from that which I had left in the year 2000.

Pages: 1 2
This entry was posted in ESSAYS and tagged Eleni Sikelianos, Francis Picabia, Isabelle Pelissier, Jackson Mac Low, Miles Champion, Rebecca Rosier, Ron Padgett, Stephen Rodefer, Thomas Evans, Tim Atkins. Bookmark the permalink.
Tim Atkins is the author of many books, including 25 Sonnets (The Figures), Petrarch (Book Thug), Horace (O Books), Petrarch Collected Atkins (Crater), and The World's Furious Song Flows Through My Skirt (Stoma). He is editor of the online poetry journal onedit and is currently writing a long poem; 'On Fathers < On Daughtyrs', parts of which have appeared in The Denver Review, and online in chapbook form at countrymusicpoetry.org. He was a member of the Summer Faculty at The Jack Kerouac School of Disembodied Poetics in 2013.