ACCIDENT MUSIC
In the mid-1990s, I began investigating the collection of 130,000 forensic photos held by the Justice & Police Museum in Sydney. From the first day, I was mesmerised. I knew immediately that I wanted to work with the collection over an extended period of time.

If you go fossicking in the archive for long enough — say for almost twenty years, as I have done — you accrue thousands of feasible but contestable stories concerning the everyday spaces of your life, and you begin to feel quick rushes of emotion pulsing between you and your city.

This is how Accident Music has come about. I started it in early 2010. It is just one of a dozen artworks, books and installations that have arisen from my research in the archive. These projects are all part of a suite known collectively as Life After Wartime that have been produced since 1998, mainly in collaboration with Kate Richards.

Accident Music is simple enough. I make a weekly post concerning a town you know well. In this town sunrise hustles fresh air in from the ocean, a day spent near the harbour gives the full catalogue of radiance, and at night you can hear accident music in fog horns and pilot bells.

Every Sunday evening I select a new image and supply three breath-short captions or ‘mutant haikus’ that evoke some qualities in the picture. Week by week a mesh of images and texts builds up and gathers the city I love. 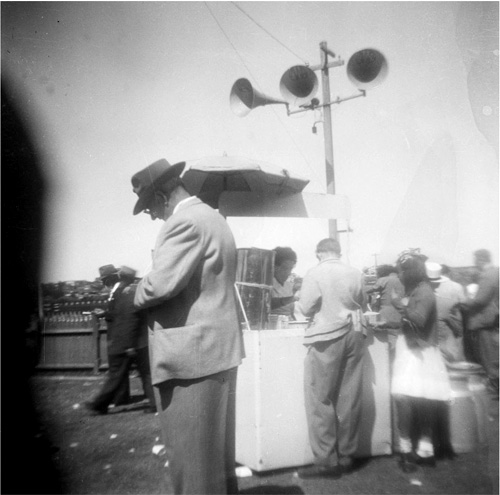 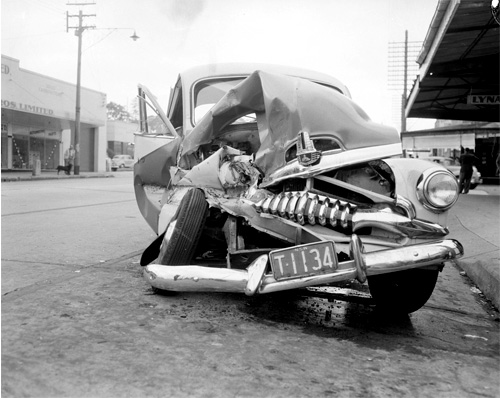 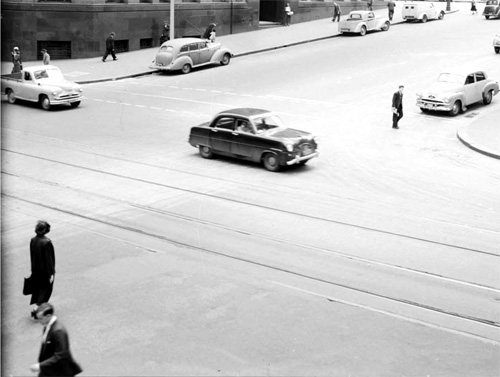 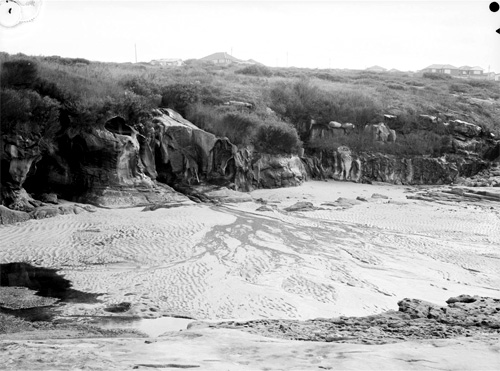 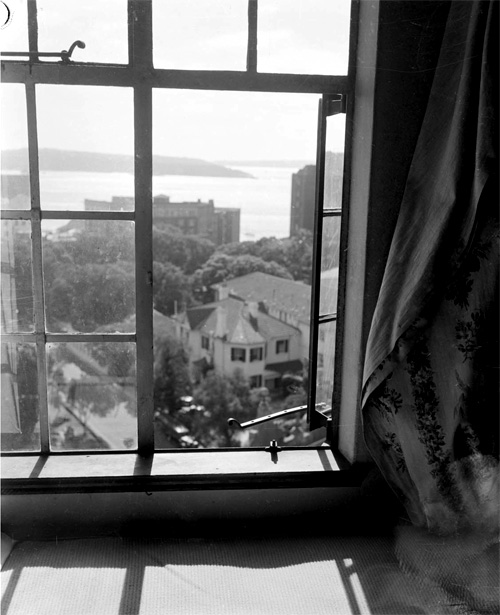 The photograph, ‘Arthur Stace writing his message, Eternity’ (ca 1951?) (Copyright: Uncertain) is from the National Library of Australia.
(Search through the stupendous ‘Picture Australia’ consolidated catalogue.)