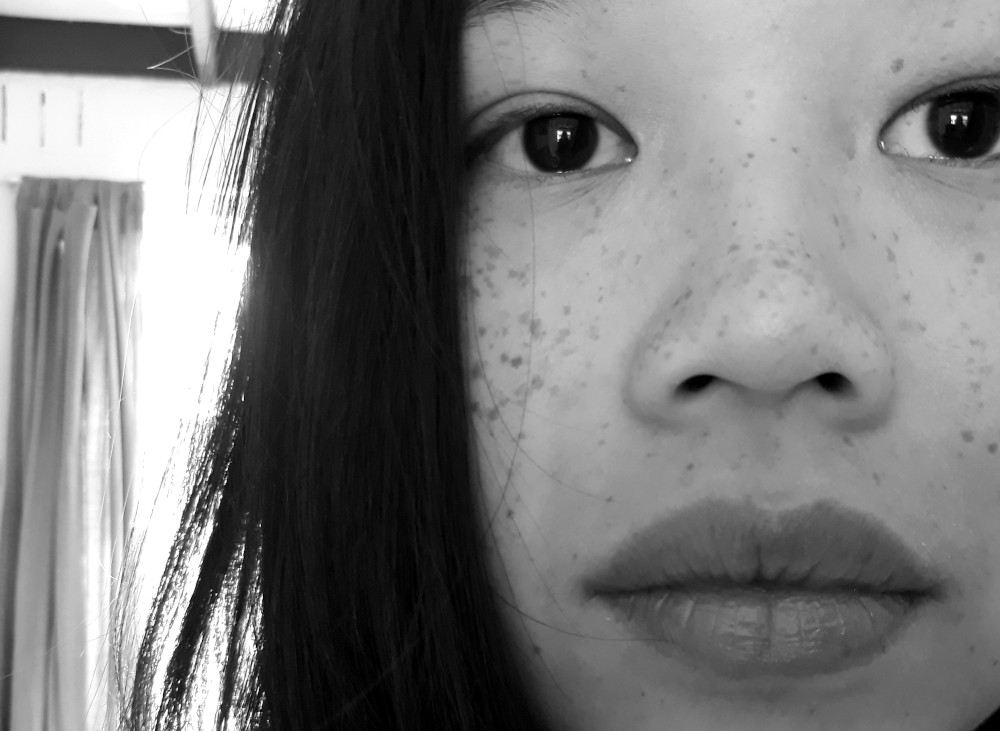 For reasons sufficient to the writer, as ‘Papa’ would say, certain places, people and words have been left out of these notes. Some are secret and some are known by everyone. There is, for instance, no mention of the row of shophouses in Bugis Junction, with their 19th Century carvings of flowers and patterned panels and broken wooden shutters, among them his childhood home, that he tore down when he grew up, nor of the jade green and lotus pink Peranakan tiles of a girls’ school, nor of dilly dallying, nor of Mt Sinai and Tan Kim Cheng and Goodwood and Randy Wick, nor of the sour smell of her breath when she kissed me and drank coffee from a condensed milk can and rolled white Gardenia bread into little balls between her fingers and sat and ate with one elbow resting on a raised knee. These notes are the straying and breaking of the root of an utterance, the strange fruit of constraint.

Édouard Levé said when he looked at a strawberry he thought of a tongue. And when he licked it, of a kiss. Levé intentionally levelled semantic hierarchies when he listed his sensations and memories in no particular order. And he could see why drops of water could be torture. Readers now wonder if this sort of aesthetic activism of refusing the ways in which we recognise ourselves was the textual rehearsal of a real suicide. The tongue licking the thought of a tongue looking at a straw berry kissing death.

Catherine Lim said she wrote about strawberries long before she ever saw or tasted one. She made a convincing picnic beside a brook in spring, where she vividly ate strawberries growing on the grassy banks. Was she thinking of a tongue licking another tongue, and was she tortured by drops of water sitting by that brook? Once she wrote ironic stories about Singaporean life that weren’t particularly ironic, but far from being a kiss of death, the stories made her a famous writer, a national treasure. Is national treasure a category that can survive a sharp knife, a bulldozer, a blow to the solar plexus? A solar plexus is a star of nerves.

Long after she had become decidedly racist and widely banned over there we still kept reading her stories. Naughty Dick had deliberately upset the jug of cream in a fit of anger. Miss Winter the governess punished the unruly child by withholding his share of strawberries and boxing his ears. (That image always reminded me of news of a kidnap ransom, a bloody box of ears arriving in the mail. In Singapore of the 1980s, a set of eight-year-old twins went missing from the nearby McDonalds. Later they were spotted on the streets of Bangkok, Manila, Johor. They were armless child beggars. They had arms but no legs. They were kneeling but couldn’t speak. They were fine. It wasn’t them. They were never found.) Dick felt very sorry. How he wept. ‘Oh thank you very much, Miss Winter!’ They cried upon being granted their lashings of cream. I revelled in the pleasure/obscenity of the good children’s submissive ecstasy.

Strawberry, strewn berry. A semiotic life in the flesh straying against extinction. In the kampung, to fool the gods, Boy is Pig, Dog, Monkey, Girl is Cat, Rat, Tadpole. Unlike her five siblings before her, the child escapes infant death through deliberate misnaming, symbolic trickery, colloquial misprision. Dispensing with death altogether if You never existed. Telling heavenly tales with a single word. Pig. Dog. Buffalo. Water. Earth. Lim.

Like many for whom apotropaic magic was really the unextraordinary lottery of the non-existent- unimpeachable-subpar-promethean-unapologetic Chinese dialect-to-English orthographic efforts of bureaucrats from the Department of National Registration, grandfather was Benny Pang-Fong-Phang-Phung. Similarly, imagine Doong-Toong-Dong-Tung-Tong. (Lacan’s ironic inversion of the Cartesian cogito, ‘I think where I am not, therefore I am where I do not think’, comes to mind.) The national registration of le mot juste is, phonetically speaking, just lemon juice.

Pages: 1 2 3
This entry was posted in ESSAYS and tagged Édouard Levé, Ling Toong, Rosemary Freedman, Sylvia Plath. Bookmark the permalink.
Ling Toong's poems have appeared in Dash Literary Journal, the Quarterly Literary Review Singapore and Paradise Anthology. She is a recipient of the 2018 Felix Meyer Scholarship in Literature.