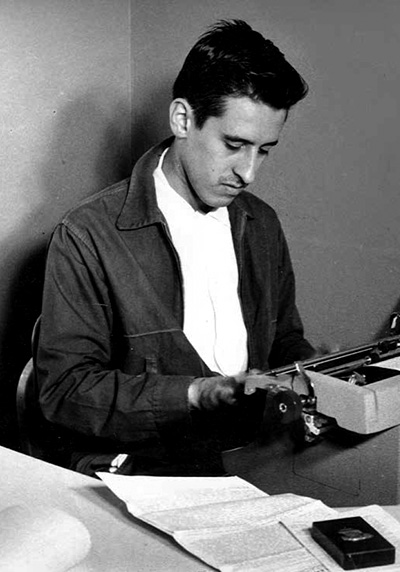 As far as tragic poets’ stories go, Roque Dalton’s (El Salvador, 1935-1975) is perhaps the most tragic in Central America. In the 1950s as a Law student, he was the brightest of a literary movement which is now referred to as the Committed Generation, a group of militant leftist writers who saw art as a revolutionary act. ‘Commitment’ meant joining the cause of a communist revolution. Since any kind of dissent had been outlawed by military dictatorships in El Salvador since the 1930s, signing up to such an endeavour led to prison, exile or death.

Dalton embodied the movement’s spirit of radical, experimental and bohemian writing – he is equally known for weaving uncompromising leftist politics into avant-garde free verse as he is for a life of drink and escapades in various soviet-aligned countries. He called some of his collections ‘literary collages’, by which he meant a combination of found poems (historical documents, news, old poems, etc) and his own poetry around a theme, whether it was Communism in Latin America, the history of El Salvador or life in exile.

With a conversational style that reneged of the overly poetic (Dalton claimed to have ‘nothing to do with the Neruda family’) he borrowed from Salvadorian slang and celebrated a devious way of life with a brash sense of humour. His poems, though sometimes dated for the references to communism and revolution, still resonate with a common Latin American experience: a history of corrupt governments kept in power by a small group of wealthy families or the U.S. with the complacency of subservient middle classes and ineffective bureaucrats. Names of presidents and generals he mentions only need to be changed to current ones.

In Roque Dalton’s world reality in El Salvador was so mad that your options were to laugh or join the revolution. Or both. Dalton joined the People’s Revolutionary Army (Ejercito Revolucionario del Pueblo or ERP), one of five clandestine groups that eventually formed the FMLN guerrilla in the 1980s, now the political party in government. The ERP was regarded as the most extreme faction of El Salvador’s left wing movement.

The tragedy of Dalton came abruptly in 1975, when, after returning to El Salvador after years of exile or jail, he was murdered by his own comrades who accused him of being a CIA agent. The circumstances of his killing are sketchy due to the secretive internal workings of the ERP and the fact that his alleged killers, (the ERP leaders) have never stood trial.

Though widely available in Latin America, Dalton’s poetry was unknown to a large number of Salvadorians as it was banned until 1992, when El Salvador’s civil war ended. The ideological hangover that followed made his work too controversial to be taught in schools, effectively dooming the most innovative writer to have lived in El Salvador to oblivion unless readers were politically inclined to seek him out. In my opinion, this has contributed to a general misunderstanding of his work: conservatives dismiss it as propaganda, and the left, hell-bent on protecting Dalton’s killers have made its politics overpower the poetic.

To add insult to injury, the leaders of the ERP sold out after the war, making a deal with a right-wing government to introduce a series of neo-liberal policies. The group’s main leader now lives in England, where he made the startling transformation from Maoist guerrilla to conservative commentator. Twenty five years after Dalton’s death, the president of El Salvador made an official acknowledgement of the importance of the poet’s work to the country’s literature. Dalton’s family dismissed the president’s announcement given that another of the accused killers is a minister in his government.

Pages: 1 2 3 4 5 6 7
This entry was posted in TRANSLATIONS and tagged Luis Gonzalez Serrano, Roque Dalton. Bookmark the permalink.
Luis Gonzalez Serrano is a Melbourne poet. He came to Australia from El Salvador in 1988 as a refugee. In 2003 he founded the poetry journal Salt-lick Quarterly, which he co-edited until 2005. He was artistic director of the Melbourne Overload Poetry Festival from 2010 to 2011 and has been a regular of the Melbourne poetry reading circles. His first poetry book, Cities with Moveable Parts, was published by NSW Poets Union Publications in 2005.