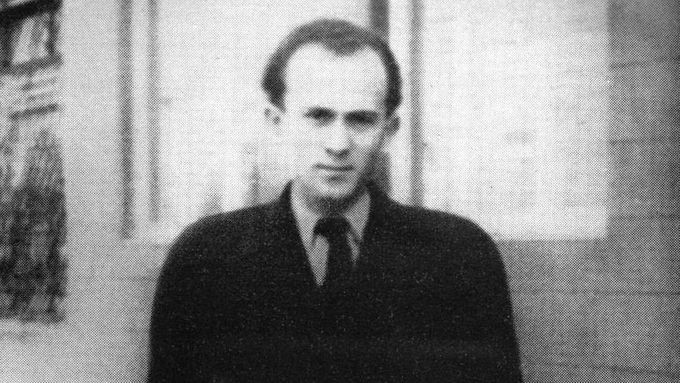 Jiří Orten (1919–1941) and Vladimír Holan (1905–1980) are considered today to be among the central figures in twentieth-century Czech poetry. Yet their works have been translated into English far less often than those of their older compatriots, such as Rainer Maria Rilke (1875–1926), Franz Kafka (1883–1924) or Franz Werfel (1890–1945). The reason is perhaps that these poets wrote in German, whereas Holan and Orten wrote in Czech. Orten, who like Kafka and Werfel was Jewish (his proper surname was Ohrenstein), was also among the first Jews to write in Czech in the new state of Czechoslovakia, which in 1918 emerged after the breakup of the Austro-Hungarian empire.

One could not find two more disparate figures in the annals of Czech poetry. At one end Holan, with a poetic life spread over fifty years, and at the other end Orten, whose poetic career was violently cut short just five years after it had begun, in a fatal street accident in August 1941 (he was struck by an ambulance on his twenty-second birthday and died two days later). Yet, there is a dark strand that connects them: the emergence of two demonic forces, one soon after the other, from the horrors of the World War I – namely Nazism and Communism.

Nazism affected Orten directly, by incorporating the Czech part of his country into the German Reich in March 1939, which automatically brought with it the laws for the annihilation of Jews. He managed to publish just three books of poetry, under different pseudonyms; the third of these was discovered and revealed by a Czech collaborator, which triggered a dangerous smear crusade in the Czech fascist press. The work reproduced here, both in Czech and in English translation, is the second of a set of nine Elegies, completed just months before the poet’s tragic death. Holan was affected indirectly, given the danger that the Gestapo could seek him out because of his antifascist poems published before the occupation. His long sequence Dream, from which five stanzas are printed here, again in both Czech and English, is at once an expression of that anxiety and a response to the occupation itself. Miraculously, it escaped the Gestapo’s attention and was even published in May 1939.

After the Communist takeover of the country in February 1948, Orten’s work was banned, being branded ‘poetry of the dying bourgeoisie and the mud of decay’. For Holan, on the other hand, it was a slow but certain march to disaster. Like many other Czechs, he was at first ecstatic when most of his homeland was liberated by the Soviet army in 1945. He wrote a solemnising paean of Gratitude to the Soviet Union; this was accompanied by his leaving the Catholic Church and joining the Communist Party. Then, four years later, just one year after the Communists seized power, he protested against the persecution of Russian poet Anna Akhmatova, and against Soviet influence in the new regime, by leaving the Party and rejoining the Church. As a consequence, his poetry, too, was banned from publication and he withdrew to his home on the island of Kampa on the Vltava river in the heart of Prague. Although after 1954 he was partially rehabilitated, and in later years received a number of awards, he remained on Kampa with his wife and daughter, supported by his friends and the translation work they provided, an impoverished and near-legendary poet-recluse.

Little wonder, then, that I had virtually no knowledge of Holan at the time of my graduation in 1952, and none of even the existence of Orten. They were not mentioned in literature classes at school. I discovered Orten’s poems by chance on a friend’s bookshelf and immediately succumbed to their spell. I was almost the same age as Orten and, like him, a romantic, in love, full of questions about life and death. To Holan I came later, in a second-hand bookshop. Even so, I didn’t start writing my own Czech poetry until 1980. In 1985, nearly a decade after migrating to Australia, I happened to meet the late Australian poet Philip Martin, who encouraged me to write in English and for a while became my mentor. Much later, from 2004, I undertook my first translations of Holan and Orten, and published several volumes of my English versions. Eventually, however, wishing to prepare improved translations of the Elegies and of Dream (as well as of my verse-fantasy The Return of Agnes of Bohemia), I recognised the need to work closely with an English-language poet. This is where, in 2013, Melbourne poet and editor Alex Skovron entered the scene. An account of our longstanding collaboration can be read in an interview on the website of the Australian Association for Literary Translation (AALITRA). 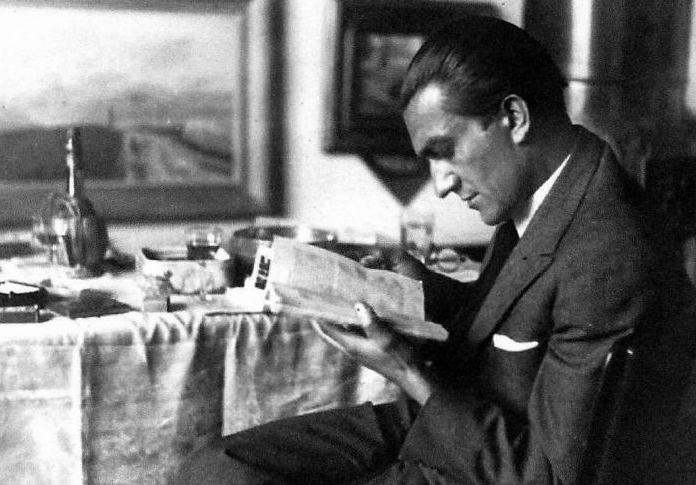 Holan’s Dream is a suite of 36 ten-line poems, each adhering to the same strict metre and rhyme-scheme. Written in April 1939 – a year before Orten produced his Elegies and a month after the German invasion of Czechoslovakia – Dream could well be regarded as a Requiem, verbal and musical, the poems’ compressed intensity bespeaking a time horribly out of joint. Orten’s elegies, their rhythms and musicality underpinned by shifting metres, rhymed and unrhymed, are rather in the nature of an intimate lament. The poet broods on his life and fate, farewells his questing youth and his shattered love (for fellow drama student Věra Fingerová). Orten did not live to see the Elegies in print: they were published in 1946, five years after his death.

Pages: 1 2 3
This entry was posted in TRANSLATIONS and tagged Alex Skovron, Jiří Orten, Josef Tomáš, Vladimír Holan. Bookmark the permalink.
Josef Tomáš was born in Czechoslovakia in 1933. He graduated in mechanical engineering from the Technical University, Prague, in 1957, and worked in teaching and research positions until 1968, when he emigrated to West Germany to take up an Alexander Humboldt Scholarship. In 1970–71 he taught at the University of Florida. Returning to West Germany, he worked for Volkswagen (1971–76), and after moving to Australia was appointed Professor of Mechanical Engineering at RMIT (1976–93). From 1993 until his retirement in 2010, Tomáš was director of an engineering company in Melbourne.


More by Josef Tomáš on Cordite Poetry Review →
Alex Skovron is a writer and editor based in Melbourne. He was born in Poland, lived briefly in Israel, and emigrated to Australia in 1958, aged nearly ten. His poetry has appeared widely, and he has received a number of major awards for his work. The most recent of his collections, Towards the Equator: New & Selected Poems (2014), was shortlisted in the Prime Minister’s Literary Awards. His volume of stories, The Man who Took to his Bed (2017), and his novella The Poet (2005), have been published in Czech, translated by Josef Tomáš. Alex’s poetry has also appeared in French, Chinese, Dutch, Polish, Macedonian and Spanish.