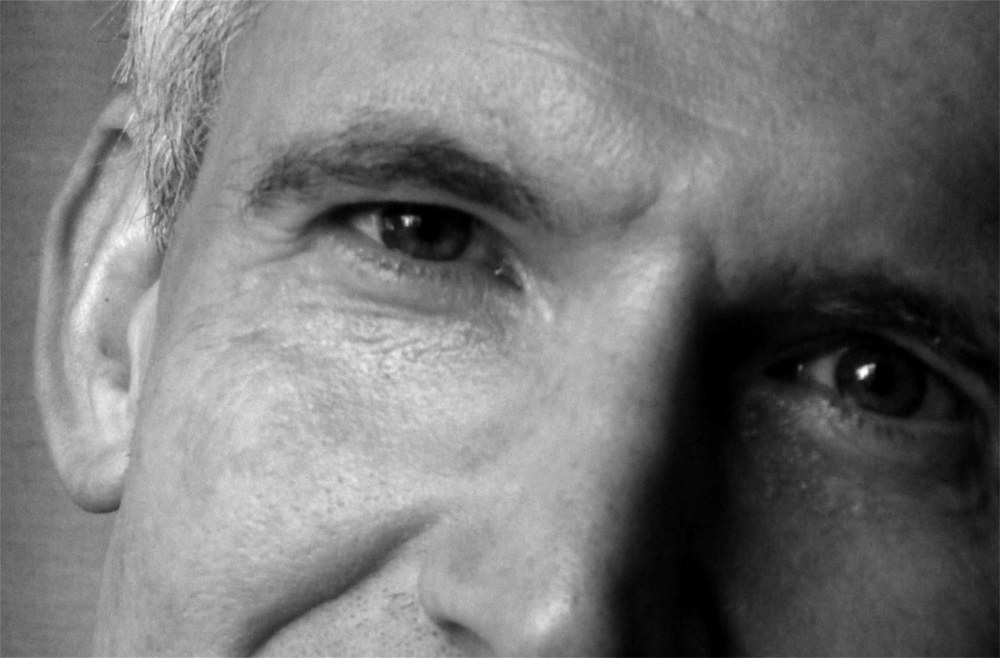 Since being shortlisted for the Dutch prize for the best poetic debut of 1989, Nachoem M Wijnberg has won a series of awards in both Belgium and the Netherlands, including the highly prestigious 2009 VSB Prize for the Netherlands’ best book of poetry.

Wijnberg is known for giving each of his poetry collections a distinct identity, both stylistically and in terms of content, and the poems reproduced here are drawn from his Divan of Ghalib, which was published in Dutch in 2009 and is due out in a complete English translation in May 2016 (White Pine Press, Buffalo).

As the title indicates, the book revolves around Ghalib, the great Indian poet who wrote in Persian and Urdu. Although it draws on Ghalib’s biography and poetic forms, it should definitely not be mistaken for a book of translations of his poems; it is not even a book of poems loosely inspired by Ghalib’s. Instead it is a book of English translations of the Dutch poems Wijnberg wrote for Ghalib and with Ghalib, with Ghalib and to Ghalib.

Besides being a poet and novelist, Wijnberg has degrees in law and economics, and a Ph.D. in management science. He is currently a professor at the University of Amsterdam Business School. His most recent volume is Van groot belang (‘Of Great Importance,’ 2015), a collection of poetry that is not just about economics, politics and history, but also presents specific policy proposals in the fields of taxation, electoral reform, constitutional law and the abolition of debt.

What is the advantage in knowing how something ends,
Being able to ask someone who wants to explain it to be quiet?

I can’t find something and I have looked everywhere I thought it might be.
Shall I look somewhere else first or look again where I have already been?

I’ve heard that nothing has ever happened that wasn’t good for me too.
Silence, muted light on grass, there must be an advantage for me in that.

I’ve told everyone I won’t be here this evening,
But I haven’t gone far because I kept coming back to make sure no one was at my door.

That might not be the place with the best chance of finding me,
But if someone is looking for me there and I am not there, that someone will be lost.

Ghalib and His Career

Ghalib decides to pursue a career in the service of the British queen.
Not in her army, though his grandfather once silenced a line of soldiers by riding toward them on his horse.

Perhaps as an official who rides through his province with two tents.
When he sits down in front of the first tent early in the morning, the second is already on its way to where he will be that evening.

If there is at least one great poet who has written in English, Ghalib can learn that language easily.
Send him a book of his poems, translated into Persian, so he can improve the translations.

The queen needn’t worry, he has thought about how to make sure he has a long career.
Ghalib wants to find out who is the best living English poet and who is the second-best.

The second-best English poet leaves his house after dark and keeps walking.
When morning comes he says where he lives and asks which direction it is.

The best English poet receives dozens of letters every day from rose growers.
He has asked them to let him know if they see something they have never seen before.

Ghalib wants to write to him as well to answer his questions.
But what about? Would he like to know what the flowers looked like in paradise?

He becomes a gardener who wants to tend the roses until they turn red.
When it gets cold at night he brings the flowers in.

The other officials complain if they have to write a report at the end of the year,
But Ghalib writes letters to his queen all day long because he wants to tell her every one of his decisions.

If you can decide whether or not to do something there must be something that allows you to see a difference.
That is not possible if you are alone at the beginning.

A decision is the same as moving or staying in the same place,
But seen from two different points.

I didn’t come up with these clear arguments,
They were a gift from someone who remained calm and polite.

I would like to put the second to the test, and have come up with a clever plan to do so:
Slightly moving one of the two points.

There are so many points, but you and I only know a few, maybe only those two.
I would give all my clothes to be alone with you one more time.

You only make one exception to not thinking that something is true because you want it to be:
Being more free when you want to hold tight to someone who can’t hold tight to anything, Ghalib knows what that’s like.

Nothing Is Mine for Long

I lend money to others, and with them to yet others, it’s not just passing it on.
Too much always happens at once to be able to say where the profit is being made.

Have I forgotten how many decisions are mine when I am trying to be as free as possible?
But I am free because I lend them to those who want to profit from them.

A monkey throwing darts at the stock market page in the newspaper will get rich faster than me.
If the monkey makes a bad decision, it doesn’t count its losses with the excuse that otherwise it won’t learn anything from it.

Mirrors direct the light onto the paper on which the bookkeeper does his sums.
If he makes a mistake, he pays a small fine.

I make a kite from paper and string and sell it to buy a parrot from the profits.
The bookkeeper cannot explain how it works, not even with the parrot on his shoulder learning to do sums instead of talk.

In this way I enlarge the difference between here and there, that’s profit, but not really,
Because I have to add in how much it costs me to be able to say how fast somebody is approaching.

I don’t forget what sometimes comes at me quickly and sometimes stays far away,
But I do think that it might not be mine.

If I have to remember something to long for it, is it less
Than not longing for what I remember, but counting the seconds until I can see it again?

Once we have it, what do we do?
Another victory like that and we—what will we be?—we will be lost.

If you want to take over my job, you will have to work harder
To convince me that I have succeeded at everything possible that will lead to my being lost.

My clothes on the beach, everyone gets their own back, but not me.
I should have known I would lose them if I left them lying there.

Lying in the sea when the beach is empty,
An unexpectedly large wave washing over me like another victory.

Ghalib announces in the newspaper that he is too weak to answer letters.
If someone comes to visit, he asks him to answer a letter for him.
Don’t complain that the letter is not in his handwriting.

He can still say things, but he can no longer listen, that’s something he was never any good at.
If someone comes to visit he asks him to write down what he wants to say,
Like in a letter, but he gets an answer right away.

One day I thought I knew exactly what I needed to do to be allowed to enter paradise.
I went to visit Ghalib and wrote a long letter to convince him to do just the same.
Every time I remember that I am so ashamed I cry out for help.

Ghalib said that he was almost dead and that he had done everything wrong his whole life.
When he is dead, his friends can tie a rope around his ankles
And drag him behind them as they stroll through the streets of the city.

The way I think about Ghalib does not have anything to do with whether or not he keeps to the rules
Thought up by someone else, perhaps his best friend.
A friend comes to tell me how I could have done something better, someone should console me.

I have always known that he could get drunk, but not so drunk that he no longer knows what he is doing,
And hopes to get rich by striking it lucky for once, something he doesn’t manage.
He always loses, but I want to do what he says when it comes to beginnings and ends.

Ghalib is happy with letters that only contain insults,
At least he doesn’t have to answer them before he is dead,
From now on he only answers letters of love.

Pages: 1 2
This entry was posted in TRANSLATIONS and tagged David Colmer, Nachoem M Wijnberg. Bookmark the permalink.
David Colmer is an Australian translator of Dutch literature who has won a number of major awards, including the NSW Premier and PEN Translation Prize for his body of work.


More by David Colmer on Cordite Poetry Review →
Nachoem M Wijnberg has published fifteen collections of poetry and five novels. A selection of his earlier poetry, also translated by David Colmer, was published in 2013 under the title Advance Payment (Anvil Press Poetry, London). His novel The Jews will appear in English in the spring of 2016 (Punctum Books, transl. Vincent van Gerven Oei).