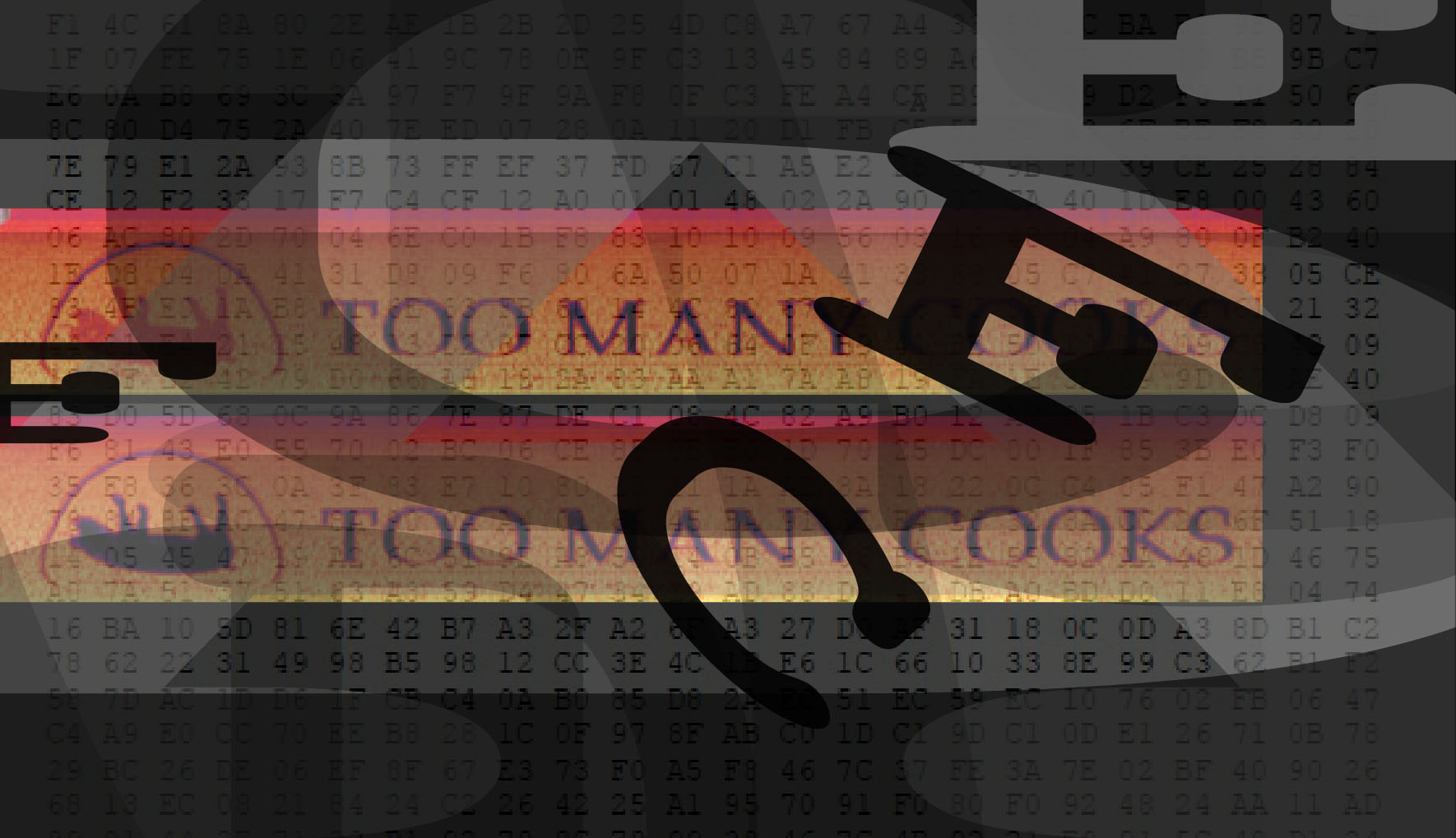 The resultant text became English via Google Translate, and was subsequently processed and filtered through Word spell-check. Since the code is lengthy, over fifty pages, the output was large. A perpetually prismatic text, comprised of choices made among thousands of possible options the software provided, results. After the libretto was composed, Tempest translated the text into sound by utilising the P22 Music Text Composition Generator. The resultant MIDI file was opened with Acid Pro 3 DAW (Digital Audio Workshop) software. He created three identical audio tracks (double bass, acoustic guitar, piano), manually transposing all notes into the appropriate range (per instrument) and into the key of D major. This process results in a score that is more than five hours long, the first seventy minutes of which was excerpted for performance. A second audio track, compressing the whole sound file produced by the code to seventy minutes, is also layered into the performance mix. To make the projected imagery, the original hexidecimal code was broken into 24-bit sections to act as the hex code for HTML web colours. An HTML file was then created to consecutively fade from one color to the next, based on that partitioned hex, using JavaScript. Each colour block is displayed in text above its colour field.

For further information, including links to documentation, an essay on the process of producing the work, and open-sourced materials used to prepare Shy nag.

This entry was posted in CHAPBOOKS and tagged Christopher Funkhouser, Sonny Rae Tempest. Bookmark the permalink.
Christopher Funkhouser directs the Communication and Media program at New Jersey Institute of Technology, is a Senior Editor at PennSound and was a Visiting Fulbright Scholar at Multimedia University (Malaysia) in 2006. He is author of the critical volumes Prehistoric Digital Poetry: An Archeology of Forms, 1959-1995 (Alabama, 2007), New Directions in Digital Poetry (Continuum, 2012), the chapbooks Electro þerdix (Least Weasel, 2011), LambdaMOO_Sessions (Writer's Forum, 2006) and a CD-ROM e-book, Selections 2.0 (2006).


More by Christopher Funkhouser on Cordite Poetry Review →
Sonny Rae Tempest is a poet who composes in a variety of media, mostly digital (generative and procedural), who is also an IT guy, who is also a full Digressor at UnderAcademy College, who is also a father of many, who lives at www.sonnyrae.com.