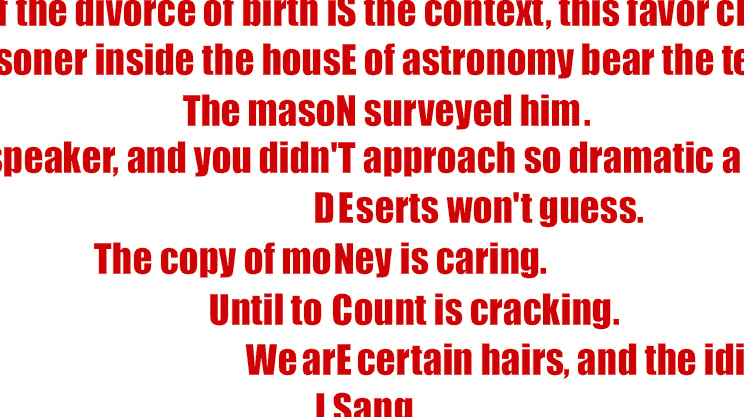 The second episode in a 3 part sequence titled ‘Sentences / part two’ combines my interests in animation, improvised music and algorithmic writing in experimental forms (i.e., mesostics in this production).

Text presented in ‘Sentences / part two’ was co-authored by Charles O. Hartman’s PyProse. As done many times in the past, I have selected, edited and arranged PyProse’s output into a cyborgian construct, upon which I am pleased to affix my name.

This entry was posted in 57: MASQUE and tagged Christopher Funkhouser. Bookmark the permalink.
Christopher Funkhouser directs the Communication and Media program at New Jersey Institute of Technology, is a Senior Editor at PennSound and was a Visiting Fulbright Scholar at Multimedia University (Malaysia) in 2006. He is author of the critical volumes Prehistoric Digital Poetry: An Archeology of Forms, 1959-1995 (Alabama, 2007), New Directions in Digital Poetry (Continuum, 2012), the chapbooks Electro þerdix (Least Weasel, 2011), LambdaMOO_Sessions (Writer's Forum, 2006) and a CD-ROM e-book, Selections 2.0 (2006).