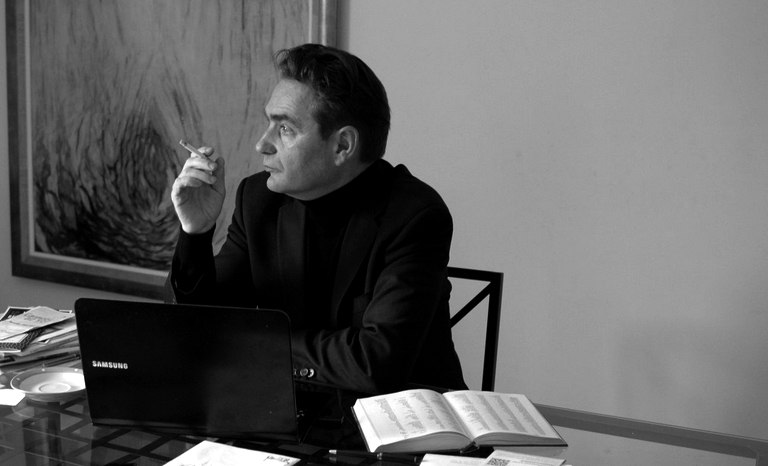 Menno Wigman combines an almost classical aesthetic with contemporary sensibilities and rock-and-roll subject matter. Dense, metrical poetry about sex and vandalism, death and suburban garden centres. An essentially colloquial vocabulary raised to a higher level by judicious assonance and alliteration. As a translator I’m attracted to his passion and his dedication to craft, and I enjoy the challenge of trying to reproduce both the flow and depth of his work. Wigman is a translator himself and understands and respects the process, that makes collaboration easy. Although happy to explain and identify what he sees as the most crucial features of the original, he is never proscriptive about how I should attempt to attain equivalence in English. I look forward to working on more of his poems later this year.

This entry was posted in TRANSLATIONS and tagged David Colmer, Menno Wigman. Bookmark the permalink.
David Colmer is an Australian translator of Dutch literature who has won a number of major awards, including the NSW Premier and PEN Translation Prize for his body of work.


More by David Colmer on Cordite Poetry Review →
Menno Wigman is a leading Dutch poet and a former poet laureate of Amsterdam. He has published four full-length collections, with a fifth imminent. He has also translated Baudelaire and Rilke into Dutch.