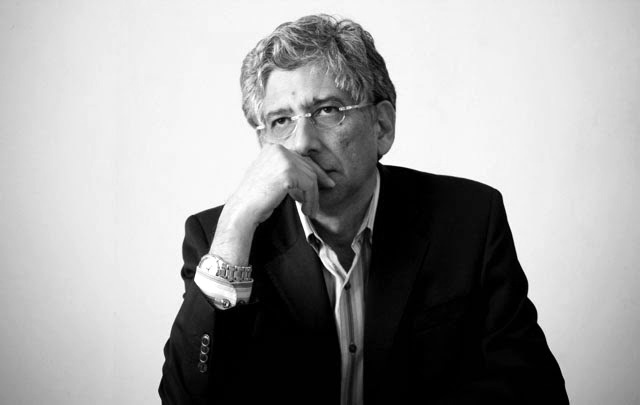 Róger Lindo’s Los infiernos espléndidos (1998) first went to press six years after the Salvadoran Civil War ended. The conflict was horrific and its aftermath equally so. Right-wing death squads roamed the streets of San Salvador and committed atrocities in the remote hamlets of El Mozote and El Calabozo, massacres that remain to this day tattooed in the minds of Central Americans. By January of 1992, when the war ended, an estimated 75,000 civilians were dead, and hundreds of thousands more had fled the long-embattled little country. The UN Truth Commission fifteen months later achieved little in the way of national reconciliation, and, today, nearly thirty years on, old wounds still pour with blood.

It’s this context, I believe, that proffers a few insights into Lindo’s distinctive voice and oblique style. His poems rely on an aesthetic of ambiguity that enumerates the ambling routes a trauma-addled mind will travel. You never quite know what you’ll find around the corner, much less why it’s there. This capacity to surprise readers is Lindo’s gift as a poet. At the same time, he eschews explanation. In the poem WATERY URNS, for instance, we’re shocked to read that ‘clouds shaped like old friends’ are suddenly, and without explanation, ‘slaughtered / at the foot of vertiginous mountain ranges’. Memory gurgles to the surface, but it’s hard to discern anything with clarity. ‘What the hell happened here?’, we wonder. And while Lindo offers no answer, our guts do. The sinking feeling tells us all we need to know.

Traumatised artists often reach for mimesis when the horrors they survive are otherwise unspeakable. Their art often, though by no means always, imitates their disjointed life. Trauma brain reconfigures memories in mysterious ways. Even the most solid of recollections evaporate with the passage of time. Certainty falls away. Here, Lindo is no different. The ‘names’ of flora in A VESPERTINE SNAPSHOT lurch from representing objects as tangible and sharp ‘as navajas’, in one stanza, to haunting ephemera that melt away like ‘snow’ in the next. If the word ambivalent comes to mind, embrace it.

Lindo is a wayfarer, a fact the careful reader learns only by making her way through the entire collection. He begins it in motion – ‘always going because I’ve always been going’ – and concludes it ‘lost’ in a ‘gyre’. ‘WATERY URNS’ bookends the collection, but this isn’t a tomb; it’s more like a way station along a journey as beautiful as it is grim. Infernal Splendour and Other Poems is a whirlwind collection that insists readers view Central America not simply as a place held hostage by history, but as a splendid paradise deferred.

The complete translated collection is forthcoming from Izote Press in late Spring 2022.

Pages: 1 2 3 4 5
This entry was posted in TRANSLATIONS and tagged Matthew Byrne, Róger Lindo. Bookmark the permalink.
Matthew Byrne is a writer and translator living in the San Francisco Bay Area. He holds an MA in sociology from the University of California, Riverside. His work has appeared in Guernica, The Brooklyn Rail, Truthout, and other outlets. His translation of Róger Lindo’s Infernal Splendour and Other Poems is forthcoming from Izote Press in late Spring, 2022.


More by Matthew Byrne on Cordite Poetry Review →
Róger Lindo is a Salvadoran poet and journalist most famous for his writing in Los Angeles-based publication La Opinión, the largest Spanish-language newspaper in the United States. He is the author of one collection of poetry, Los infiernos espléndidos (1998), and two novels: El perro en la niebla (2008) and La isla de los monos (2016).