‘A poet is a worker in language’: Debris Facility Interviews π.ο. 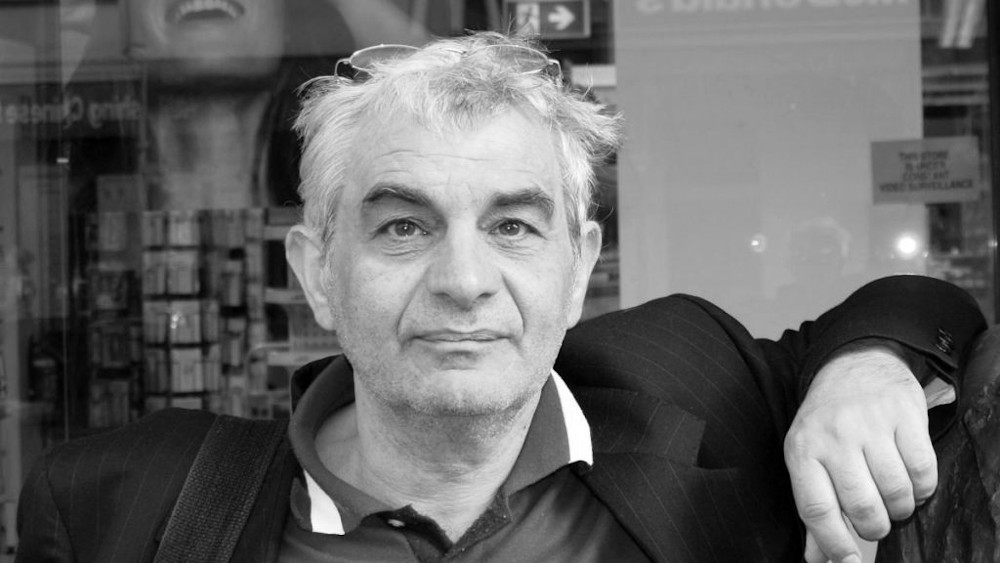 π.ο. is a great poet. He was interviewed in Cordite Poetry Review in 2001, so 20 years later we are able to hear his enlivening words again. π.ο came to the attention of Debris Facility during the course of 2021 and his poetics provide a much-needed structure, formula and horizon from which to orient a practice unseparated from life. To forefront the anarchist politics within poetry is to invest in the liberatory potentiality within the agency of reading and writing. We had instantly been drawn to the power of his practice, its function and what information and meanings we were able to be transmitted through it. The collective modes of publishing π.ο. has committed to resonate with Debris Facility’s methods of multiple agencies and voices. We had bought the available back catalogue of π.ο.’s books, picking them up personally, and paying with cash. The material context of this is relevant, though not the most important. This interview was conducted over a week of emails, at the invitation of Autumn Royal. In acknowledgment of the shared work present, our fee will be divided evenly. This conversation is one step towards what is hoped to be a friendship, which accounts for overlapping and divergent practices, but grounded in solidarity.

Debris Facility: To kick us off, maybe we could clarify some of the circumstances of coming across you and your work, and why it’s got such magnetic pull. You had been invited to perform work as part of the ‘Disorganising’ project at ‘Collingwood Yards’, which used to be Collingwood Tech, where you had studied in the past. My colleagues at Liquid Architecture had shared enthusiasm with me, and about the radical publishing activities you’d been part of in the area also. The resonant force of the performance of your poetry which was about the site, your experience and its history is invigorating. There is a utility to the ways in which your work enfolds historical and factual information which is sharp and generous. Witnessing someone with a commitment to experimental practice with political use within a pretty weak cultural landscape reveals a horizon to work towards. Would you be able to share more about your time on Johnston St Fitzroy, if your time at Collingwood Tafe has much relationship to your work with ‘/*’ (slash asterisk) the anarchist publishing project?

π.ο. : The political poetics in my work comes from (1) life experience – from within the class I grew up in and within the suburb that nurtured me. It did not come from ‘with-out’. It did not come from some kind of understanding of poetic or art practice. often, I would do something and then find out that someone else had already done it or someone else had already thought it, and it would excite me. I found it exhilarating. I subscribe to that notion of you are influenced by everything that went before you even if you didn’t think it had affected you directly. (2) my work contains ‘work’ in it – labour – both poetic and actual, in that it was formed and informed by my socio-economic circumstances, and the realisation of the ‘standing’ / ‘class’ – I’m playing for keeps! – and i pay i.e. pull the money out of my pockets (along with my friends and family and lovers) and bankroll poetry – never made any money – or else it’s donated back to the project etc. I made sure that my poetry didn’t rely on or depend on my work (as a Draughtsman, eventually), didn’t put your art where your money is, and you are free to say as many fucks as you want. I have for far too long seen great writers crushed under the weight of bureaucratic bullshit for funding. (3) subverting grammar, language, spelling, was inadvertently my first huge success – my first book Fitzroy Brothel, had ‘FUCK THE SPELLING’ on the back. cos people at work told me i could be a poet cos i couldn’t spell. I was happy to spell properly, only i couldn’t see where the spelling errors were. (4) Collingwood Tech was important to me, in that it showed me this was not where i wanted to be i.e. being streamlined into the workforce as Industrial fodder, from an all-boys school, cos i was some kind of dumb wog – this is NOT over statement. I had to go to Collingwood Tech cos my Primary School teacher said i had to cos i ‘didn’t have the brains’ to go to High School. (5) years later, literally up the street from Tech we opened up an Anarchist Press (that i bankrolled, rent wise cos i had a job). It taught me how to disseminate information – how to get, work on, and get it out there, along with the insider fighting that inevitable goes on in these organisations – but being Anarchists, i was acutely aware of the dangers of too much flag waving and not enough clear speaking and analysis. (6) i became great when (with all the chutzpah) i first began to say I’m brilliant, i’m fantastic, i’m great. NOTE: not I Am The Greatest – it was a statement of ‘worth’ a statement unto myself. I read that poem i wrote, out loud, on top of a rooftop in the City of Melb – bouncing my voice off the clouds, to all the traffic and the curious textile workers who stuck their heads out the window to see what was going on. A SONG FOR MELBOURNE eventually won the BEST DOCUMENTARY of 1980 for Chanel 0-28 which was in essence SBS’s first award. (7) ‘*/’ was the name i gave to the Anarchist Press which was earlier called Strawberry Press – cos i was always interested in mathematics, and in 1970 i did a small class (night school) on programming and you ended a Fortran program with a ‘*/’ which always sounded to me as ‘slash a wrist’ … which is how i sometimes felt (emotionally) but never ‘actually’ (8) i forgot what i was going to say in this email.


More by Debris Facility on Cordite Poetry Review →
π.ο. is.