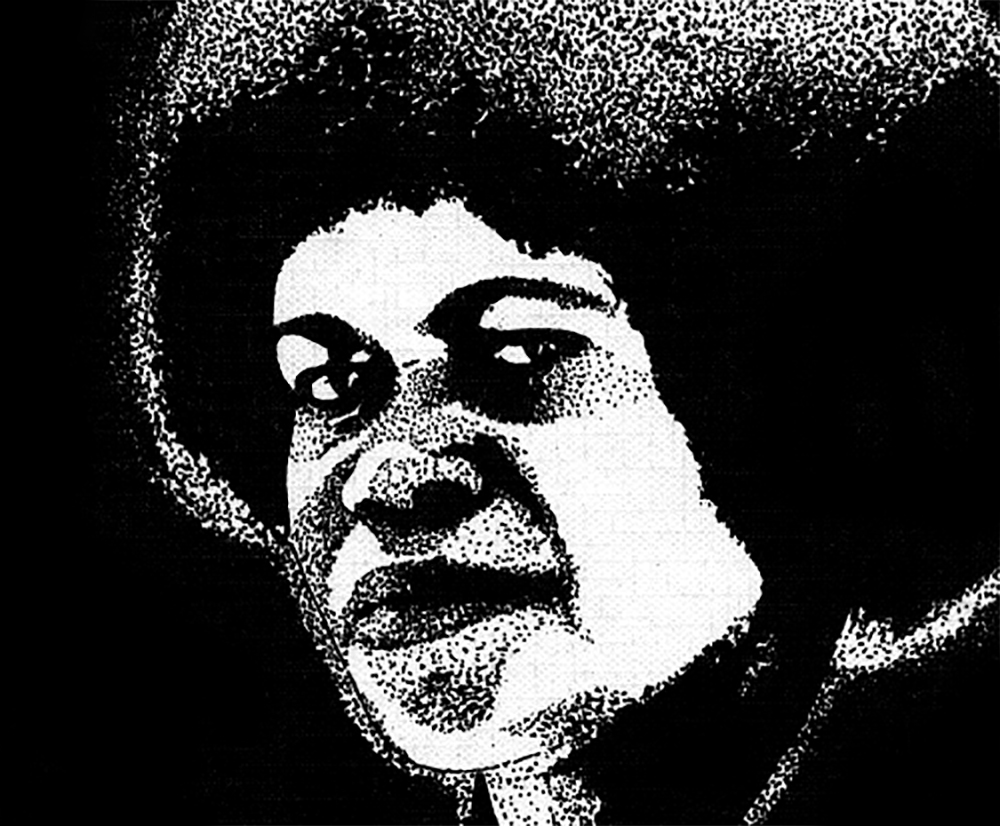 Black stone is both a figurative and literal reference to the vanua of Vanuatu, specifically, its black solidified lava base. Like many Pacific Islands, Vanuatu is founded on dormant and live volcanoes that impact upon the daily reality of its inhabitants. This essay examines the poetry of Grace Mera Molisa and how black stone is deployed as a key metaphor in her work as both poet and politician. Like black stone, Molisa has been a foundational creative and critical force in the formation of Vanuatu as a postcolonial nation, one based on an indelible Ni-Vanuatu spirit. I argue that before, during, and after Independence was won in 1980, Molisa’s poetry contended that this indigenous spirit must be black stone-based. This meant that in the newly forged postcolonial nation, the desirable volcanic state of ‘steadfastness’ could only be achieved in two mutually dependent ways: the productive equilibrium between indigenous and foreign influences; and the realisation of a constructive counterbalance between men and women. Molisa’s poetic voice in her country is unparalleled and virtually unknown beyond its borders. This essay seeks to redress that literary imbalance.

In the close-knit community of Pacific politics, Non-government Organisations, and feminist circles, Grace Mera Molisa was known as ‘Amazing Grace’ (Obituary, Focus, Winter 2002, 33; Randell (ed) 2002). With the announcement of her untimely death in January 2002 at the age of fifty-five, the tributes that poured in from around the world evidenced the impact she had as an activist, a political figure, an environmentalist, a poet, and beloved wife, mother and friend. These tributes were later published in Shirley Randell’s edited collection, Creative Writing in Memory of Grace Molisa (2002). Contributors recognised Molisa’s pioneering achievements and international reputation as an activist and politician. Four distinct and commonly acknowledged attributes made Molisa ‘amazing’: a fearlessness at confronting oppression and political hypocrisy; an unrelenting fighting spirit for improving the quality of life for women; a passion for sustainable development of the environment and local economy; and distinct and inclusive ideas about how Vanuatu’s Independence could be realised for all its citizens. By her more enlightened peers Molisa was seen as someone ahead of her time; by less sympathetic onlookers she was dismissed as a radical. Her work in politics and women’s affairs often led to public ostracism and loss of employment. Indeed, she was ‘Amazing Grace’ – an epithet punning on the title of the Christian hymn, evoking themes of salvation for the lost, justice for the oppressed, and freedom for the enslaved. These are themes that Molisa not only strategically maneuvered in her public roles, but in which she deeply believed.

While Molisa’s poetry was renowned for its ‘biting social commentary on life in patriarchal, post-colonial Vanuatu’ (O’Callaghan, 10), it is just as amazing for its poetics. However, this dimension has received little in-depth literary attention1 and few know of this strident poetic voice outside of (and in many cases, still within) the Pacific. Two questions interest me as a poet and Pacific Literary Specialist: How did Molisa use poetry to restore equilibrium after the ‘Joint Pandemonium’,2 an era that caused unprecedented political, cultural, social and spiritual disequilibrium? How did Molisa use poetry to advocate for equilibrium against a backdrop of indigenous and foreign systems of patriarchy, ensuring that post-Independence, women and children partook equally in the fruits of political struggle? Answers are sought by investigating a key metaphor in Molisa’s work: Black Stone.

Foundation of a nation

Vanuatu is an archipelago with a total land mass of almost 13 square kilometers spread over eighty islands stretching from the Torres Islands in the north to Hunter Island in the south. Twelve are considered main islands. Pre-contact population figures are estimated at just over half a million (Huffman 1995), while current figures sit around 250,000. The number of distinct indigenous languages range from 100 to 110 (Huffman 1995). Consequently, Vanuatu was and remains a kaleidoscope of geographic, cultural and linguistic diversity, perhaps comparable only to Papua New Guinea in the Pacific.

The Spaniard explorer, De Quiros, first sighted Vanuatu in 1606 with little consequence. Later, the French explorers Bougainville (1768), La Perouse (1788), d’Urville and d’Entrecasteaux (1789) came across the islands but in 1774 Cook voyaged throughout the islands and charted them (Lini 17). Cook named the islands in nostalgic recollection of the British Isles. Apart from the imposition of being charted and ‘named’ the New Hebrides by Cook in 1774 (which the indigenous peoples would have been oblivious of in any event), it would be almost a century later that European presence would be felt. Protestant and Catholic missionaries started settling in the archipelago in the 1840s.

Labour shortage for sugar plantations in Queensland, Fiji and New Caledonia, along with the growing trade in sandalwood and beche de mer, saw the rise of ‘blackbirding’ (Mortensen) – the kidnapping and enforced labour of islanders. With no formal colonial power ruling, foreign investors and businessmen viewed the islands as open territory for their labour requirements (Lini 17).

In the late 1860s European settlers acquired land and began planting cash crops of cotton, cocoa, coffee, maize, bananas, vanilla, and coconuts. French and British business interests competed with each other while indigenous peoples continued to be used as ‘polite’ form of slave labour (Jolly, ‘Custom’ 54). Indigenous lives were dramatically impacted. In particular, the workload of women, was increased (Jolly, ‘Custom’ 54).

During this time, both British and French colonial powers became interested in Vanuatu as both had existing neighbouring colonies. In 1887 a Joint Naval Commission was established to ensure the safety of British and French lives and property. In 1906, without consultation with the indigenous people, Britain and France took joint colonial control through an Anglo-French Condominium – the only one of its kind in the world (Jolly, 1996 3-7). Subversively coined by locals as the ‘Joint Pandemonium’, this would become one of the most multifarious and confusing political situations in the Pacific, unique only in its complexity.

Although the archipelago remained intact, it produced systems of government that created further divisions amongst Vanuatu’s multiple geographical, linguistic, social and cultural identities. There were not only two separate (and often opposing) administrative colonial systems, but also competing Anglophone and Francophone education and religious systems (French Catholicism versus English Protestantism) and policing and health systems which played on intra-village rivalries, creating ‘disunity and polarization’ (Jupp and Sawer 553). This made the creation of a unified indigenous movement for Independence a difficult, but not impossible task (Lini 39).

73 years after the Anglo-French Joint Condominium, Vanuatu gained Independence and became one of the world’s newest nations in 1980 (Lini 26). While Ni-Vanuatu were by no means passive agents during colonisation, this double yoke of colonisation was deemed disastrous by most. Much of the prime land had been ‘legitimately’ seized by foreign interests, often without the indigenous owner’s knowledge (Jolly, ‘Custom’), while the continual international rivalry between Britain and France produced a highly divisive local society in constant tension and opposition. There are numerous anecdotes about the absurdity of Anglo – French animosity and competition where half built roads and incomplete buildings mark territorial borders. Among Ni-Vanuatu, conflicting clan rivalries alongside inherited colonial allegiances was taken advantage of by colonial powers to thwart any indigenous political moves towards solidarity (Sokomanu 50).

Unlike many other Independence movements in the Pacific, Vanuatu’s fight for self-determination was violent (assassination attempts, looting, kidnappings, bomb threats, slanderous attacks), contentious, full of political intrigue. Independence was continually thwarted by French colonists, British and American speculators, and self-interested business owners who formed a sleuth of other parties including the main Opposition, the Union de la Population des Nouvelles-Hebrides (UPNH), various breakaway parties included the Union des Communates des Nouvelles-Hebrides (UCNH), the Movement Automomiste des Nouvelles-Hebrides (MANH), the Tan Union, and the Federal Party (Jolly, ‘Custom’ 319), along with and foreign-aided indigenous secessionist movements such as the early nationalist party, the Na-Griamel in the 1960s and French-backed Jimmy Stevens-led movement (Jupp and Sawer 555). But Ni-Vanuatu were determined in their quest for Independence, eventually coming to power with the only Melanesian-led nationalist party with broad based Melanesian support, the New Hebrides National Party. Formed in 1971 the party was headed by Anglican minister, Father Walter Lini (Plant; Lini). Based on the party’s 1977 congress resolve to rename the country as ‘Vanua ‘aku’ meaning ‘our land’ (Plant 115), Lini’s party eventually became known as the Vanuaaku Pati.

The Vanua`aku Pati remained in power until 1991. Molisa remained the Private Secretary to Lini, Prime Minister of Vanuatu from Independence until 1990. Due to internal conflicts within the Vanua`aku Party, she was dismissed by Lini in October 1990, shortly after the euphoria of Vanuatu’s 10th Anniversary of Independence. Many were of the opinion that Molisa’s dismissal was grossly unfair and due to her refusal to pander to Lini’s increasingly despotic style of leadership (Shackley). Not one to be silenced, Molisa used words to fight back. In the ‘British Friends of Vanuatu Newsletter’ Normal Shackley records how Molisa ‘commented on these events in a bitter pamphlet, soon swept off the streets, accusing Lini of acting as a totalitarian dictator and asking ‘Where are we going ?’’ (2001). Subsequently, the Molisa family were persecuted for their outspoken views. The constant threats culminated in the burning down of the Molisa family home. Refusing to be intimidated, the Molisa house was rebuilt on the original site. When I last visited the family home, Molisa’s outdoor writing table continued to occupy the creative centre of household, its partial charring displayed like a badge of honour.

After Lini dismissed a number of other Ministers of the Vanua`aku Pati on equally dubious grounds, others began to defect. After a notable split between Lini and Barak Sope, Lini was ousted and replaced as leader and Prime Minister by Donald Kalpokas. In the 1991 national elections Kalpokas was narrowly defeated by Maxim Carlot, leader of the Union of Moderate Parties (UMP) with its support base primarily among the Francophone. Lini and his newly formed National United Party (NUP) polled a distant third and a coalition was soon formed between the UMP and the NUP to hold onto the majority of power in the government (while quickly replacing about thirty senior officials regarded as too closely associated with the previous administration) (Ogden). Ogden describes the contemporary political situation as ‘fluid’, pointing out that despite its politics:

Vanuatu’s economic policies are generally seen as ‘orthodox’ … and considerable income is earned by selling tax haven services to international capitalist enterprises. Vanuatu’s main resources are agricultural, dominated by copra, beef and cocoa while the re-export of petroleum and fish products also makes up part of its export earnings.

This essay focuses on Molisa’s poetry published in the first decade after independence. This is poetry formed from the heated, volatile political climate, poetry formed under immense pressure then released to flow onto the page, creating new land, reclaiming old territories. This is what I call ‘black stone’ poetry.

The constitution of the Republic of Vanuatu is based upon the Westminster model, and provides for executive, judicial and legislative powers in the organisation of the government, as well as pledging to uphold the rights of every individual. The Preamble to the Constitution is as follows:

Pages: 1 2 3 4 5 6 7 8
This entry was posted in SCHOLARLY and tagged Grace Mera Molisa, Selina Tusitala Marsh. Bookmark the permalink.
Selina Tusitala Marsh is of Samoan, Tuvaluan, English and French descent. She was the first Pacific Islander to graduate with a PhD in English from The University of Auckland and is now a Senior Lecturer in the English Department, specialising in Pasifika literature. She is the co-ordinator of Pasifika Poetry Web, a sister-site of the New Zealand Electronic Poetry Centre. Her first collection, the bestselling Fast Talking PI, won the NZSA Jessie Mackay Award for Best First Book of Poetry in 2010. Her work has been translated into Ukrainian and Spanish and has appeared in numerous forms in schools, museums, parks, billboards, print and online literary journals. Her second collection, Dark Sparring, was also published by Auckland University Press in 2013 and is AUP's first enhanced e-book of poetry. She is currently working on a book 'outing' Pacific Literature's worst kept secret - 12 of its first wave Pacific women poets.