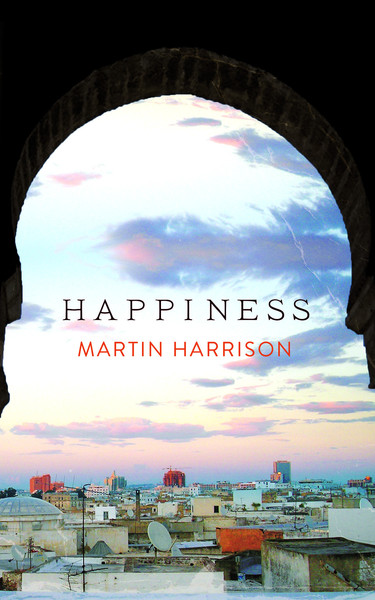 Many years ago, as a young fruit-picker, I carried Martin Harrison’s The Kangaroo Farm around with me for a week. I was camping on the Murray in Cobram, and struck by Harrison’s vivid evocations of the landscapes like the one in which I was sleeping on rocks. His sense of light, the gristliness of things, the sounds, the movement of kingfishers. It was a world made up of particular details, of things attempted to be seen as they are, rather than being embroidered into any overarching narrative or self-proclaiming poetic. Harrison had a kind of honesty and closeness to things that I hadn’t yet seen in my early days of reading Australian poetry.

I enjoy reading Harrison though I think of his poems as in many cases unfinished – indeed deliberately so, with some poems breaking off mid-line. They are a ‘poet’s poems’: wild notation, sketches, poems that allow you to see the beginnings and the trails of thought. I don’t mean they are first drafts; rather that Harrison left his poems open to possibility rather than soldering them into a fixed shape. Ellipses and dashes are common, as are single-sentence poems; there is the sense of a mind both moving and faltering, a freshness in the immediacy of imagery.

Happiness is Harrison’s final book after his death at 65 in 2014. It contains love poems, landscape poems, animal poems, extended philosophical reflections, often with an ecstatic note. Yet in none of these poems is Harrison purely a love poet, a philosophical or a landscape poet; rather, he brings all these focuses together in each poem. And above all he is a poet of close observation, including of feeling. His poems may at first glance seem diffuse, because they are concerned equally with the happenings of each moment – they do not build into a pitch – but read closely there is a quiet intensity that is in most poems sustained. Harrison could also be described as a poet who takes his time. In the sequence? ‘Paris Poems’, the second part titled ‘A Park’ takes 18 lines to describe a creeper:

Of course, much more than description is going on here. The obvious comparison – perhaps one Harrison had in mind, and not just for seasonal reasons – is Keats’ ‘To Autumn’. In that poem Keats, for instance, deploys a highly driven form of description, using a verb in nearly every line, to create an ecstatic meditation on time and mortality. Harrison, on the other hand, uses a much more open form with far fewer verbs, but similarly shapes description as a way of gathering, or snagging, thoughts about change and continuity. The passage is expansive, with the eye ‘stretching from west to east’ and being filled with this image of Autumn. I’m not sure that the leaves were really ‘name-less as peripheral/dreams’, but this is something an editor might have picked up, if Harrison had one. Each line is like a mini poem in itself: ‘like hands which are stars in flight down a scrolling/of vines and fruits’, or ‘sky and misty horizon have brought into this world this vertical levelling/of leafedge, space and stem’. This is a cosmic vision, brought to life by a focus on detail and and presence. Wherever, however far he travels, Harrison remains attentive to the moment.

In the limbering exercise that is the long line, Harrison stretches. Consider this line from the same sequence, titled ‘You do all these things for me’: ‘Lemon intensity in each muscle same as frail winter light in half-leaved trees’. The word ‘same’ may be problematic here. The two things are not the same, though they may be linked. It’s hard to connect the seemingly strong image of ‘lemon in-tensity’ with frail winter light. How can something intense be frail, unless the intensity is dying off? And yet there is something appealing about the line, particularly the phrase ‘lemon intensity’ – an almost synaesthetic image. The next line describes a glow, which makes more sense. The problem words are perhaps ‘frail’ and ‘same’. These small failures of Harrison’s are instructive, they show how his mind worked, how he made connections between seemingly disparate things. This involved a kind of hair-splitting of awareness into extended lines and ever-opening forms, much like the American poet Jorie Graham who pushes thought to its limits in long-lined, long and questing poems. Interestingly, Harrison’s poem ends with an incomplete sentence: ‘A frail light is a’. This adds emphasis to the ‘frail’ light in the opening line, indicating that there is a way of reading it (but how?) – stretching comprehension beyond the usual properties of metaphor, perhaps – but I am not sure that it makes the opening line work. It seems this occasional brittleness of the line is part of the risk Harrison takes in achieving such expansiveness, in pushing perception.

Pages: 1 2
This entry was posted in BOOK REVIEWS and tagged Martin Harrison, Petra White. Bookmark the permalink.
Petra White grew up in Adelaide. In 2008 she was Fellow of Hawthornden Castle International Retreat for Writers, completing a five-week residency. She is currently completing a Master of Public Policy and Management at the University of Melbourne. White's second collection, The Simplified World (2010), was the joint winner of the Grace Leven Prize for Poetry. Her work has appeared in the anthology Take Five (Shoestring Press 2008, UK), The Age, Melbourne, and other anthologies and periodicals. Petra White is a founding co-editor of the So Long Bulletin, a blog on Australian poetry and criticism.