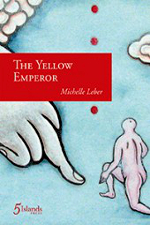 Medical diagnosis could be thought of as a form of storytelling; an analytic as well as creative process that translates the unclear expressions of the body into a plausible narrative, ideally one that directs the way to healing. Just as diagnosis might be considered an art – a speculative performance that is highly contingent, at times inspired or risky – the discipline of medical observation has itself often inflected and animated art forms. For instance, many readers would be familiar with the idea of the nineteenth century realist novel as a cultural form that was shaped by methods of ‘objective’ medical observation. Gustave Flaubert made much of his experience as the son of a senior surgeon at a Rouen hospital, recalling in a letter to Louise Colet that:

(t)he amphitheatre of the General Hospital looked out onto our garden. On many occasions, with my sister, we climbed the lattice fence and, dangling among the vines, we watched with curiosity the corpses lying there! The sun was shining on them: the same flies that flew on us and on the flowers went down on them and came back buzzing! … I can still see my father lifting up his eyes from his dissection and telling us to go away.1

In the same letter, Flaubert attributes his fiction’s funereal tone and cynicism to this early proximity to surgery and death. The father’s scalpel may be reimagined as the probing, dispassionate pen of the son, and Flaubert’s fixed sight on his characters as echoing the non-judgemental medical gaze of ‘accurate recording.’

‘Literary medicine’ and clinical medicine may not be simply analogues, or the products of biographical proximity, but perhaps, as the critic Lawrence Rothfield suggests, two manifestations of the same epistemological force.2 In my preparations for this review I found myself regularly considering the relation between Western medicine and Orientalism. Rather than simply ‘objective,’ the medical gaze, to invoke Foucault, gains its power through its practice of ‘othering’; according to Aull and Lewis, Western medical dis-course resembles an orientalist discourse in its favouring of institutional interests, and is similarly dehumanising in its reductionism, textual representations and construction of its subjects.3 But is it not a little misleading to suggest the diagnostic art is inter-changeable with this broader concept of medical discourse? Are there other ways to think of some of the non-ironic intimacies that can take place between doctor and patient, where talking and listening, as well as a certain kind of optics, mediate diagnosis and cure?

I raise these thoughts in order to introduce my provisional, perhaps convoluted response to Michelle Leber’s recent collection of poetry, The Yellow Emperor. Leber is a Melbourne-based poet and a clinician of Chinese medicine, and in this, her second volume of poetry, she merges the two practices in an archaeological translation of Han mythology that finds it art through listening to the body. The work, part verse-novel, part poetic mythography, imagines the origins of the Yellow Emperor legend by dramatising the core principles of Chinese medicine. The project is certainly impressive in scope, a daring and highly ambitious application of the diagnostic art to the purpose of mythological reconstruction. There are transliterations of acupuncture points as poem titles, and ‘other poetics endemic to Chinese medicine slip their forms into the narrative’, as the text pursues the source of medicinal principles and other originary cultural scenes.

Leber introduces her work as a ‘poetic inquiry’ into the cult of the Yellow Emperor, who according to legend, ‘laid down the seeds of an impressive lineage with the help of a polygamous marriage system’ and ‘became a god by absorbing the yin juice of twelve hundred women’:

Was the Emperor man or myth?

Whatever the case, the Yellow Emperor was a celebrity of the Neolithic variety. He walked a red carpet into the spotlight of mythology. His name adorned inventions. His exquisite mind brightened the pages of the first canon of Chinese Medicine

I had to write about aspects of his life that were, in my view, endearing.

The aspects Leber finds endearing seem to coincide with the positive autostereotypes celebrated in Han chauvinism: generative virility, prosperity, and learned enlightenment. While I doubt it is Leber’s intention, the poetic inquiries advanced by The Yellow Emperor often dovetail with a celebratory regard for national/cultural origins. The conception poem, ‘Fu Bao’s Constellation,’ casts the Yellow Emperor’s mother into a privileged originary position, the aura of election suggestively connecting the moment of impregnation to the inception of a ‘mother country.’ Somewhere between body and celestial predestination, Fu Bao is struck by light, ‘out of abstraction / a circling sting from / behind the throne.’ The poem showcases Leber’s gift for articulating a beautiful, deeply respectful and enlivening vision of the body as informed by her medical practice. The final stanza highlights how succinctly she incorporates transliteration into poetic writing:

The ‘tiger grotto,’ according to the informative notes that follow the poems, is a woman’s ‘Mysterious Gateway’, a symbol of life-giving female energy. This sexualised play on mythological conception feels progressive and affirming, and per-haps, to use a terribly limiting word, original. But it is precisely in the other sense of this term – that which is to do with origins – that difficulties arise.

For Said, the Orientalist fetish for origins reveals a need to contain and control the actual living variety of ‘Oriental peoples and customs’, resulting in representations that ‘restrained, compressed downwards and backwards to an originary, unchanging, reified essence.’4 It would be oversimplistic and uncharitable to view Leber’s project simply as a form of Orientalism; in fact, to do so would be to elide Leber’s status as an experienced practitioner of Chinese medicine, wherein her poetic imagining is staged through embodied experience of discourse and proximity to the bodies she has treated. But at the same time, The Yellow Emperor is undeniably animated by its relentless inquiry into origins:

Leber’s book runs on the search for such originary scenes, an extreme imagining of total beginning. In its tracing of lineage-building marriages and scientific and cultural innovations, the book inevitably endorses an idealised assemblage of cultural essence.

Pages: 1 2
This entry was posted in BOOK REVIEWS and tagged Gustave Flaubert, Lawrence Rothfield, Lei Zu, Lucy Van, Michelle Leber, Qi Bo. Bookmark the permalink.
Lucy Van writes poetry and criticism. Her collection, The Open (Cordite 2021), was longlisted for the Stella Prize, shortlisted for the Mary Gilmore Award, and highly commended in the Anne Elder Award. She is a Senior Research Associate at the University of Melbourne.