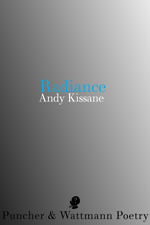 Percy Bysshe Shelley is sailing a boat on Sydney Harbour, steering with the tiller between his knees as ‘a cheesecloth moon floats above Pinchgut’, but his companion, Australian poet Andy Kissane, can’t bear to make eye contact:

In ‘Percy Shelley’s Heart’, Kissane writes with gusto and surreal humour. But he is equally at home portraying domestic intimacies within the poet’s own relationship (‘Sea of Tranquillity’), or hardship and joy as a child plays soccer with his friends following a day scrounging a living in Phnom Penh’s garbage tip (‘On Smoky Mountain’).

The book discovers radiance and human endurance in a world of compromise and betrayal, and celebrates imagination’s wild joy. The poems come from a five-year period from 2009 to 2013. Kissane’s idiom is free verse, usually unrhymed (there’s one villanelle), with the metre frequently based around iambic pentameter but slipping unobtrusively into hexameter and tetrameter to keep the rhythm fresh. The pentameter is conversational, engaging, but rhythmic gear changes, along with judicious spondees and anapaests, keep it interesting.

Radiance is in four sections. The first ranges through a world of employment (sometimes dangerous) and daily routine such as transporting the kids; the second is surreal, featuring irreverent encounters with literary ‘greats’, framed by a dying angophora; the third looks at political principles with a botanical eye; and the fourth examines the poet’s relationships from metaphorical perspectives.

Section one opens with ‘Flight’, a poem of uplift as the poet, standing on a cliff, watches whales migrating:

This spiritual world becomes grounded in the second poem, ‘Shuffles’, as it turns about, focusing on a baby elephant born in captivity at Sydney’s Taronga Zoo. The section examines the travails of young girls making matches with poisonous phosphorus in 1888, and everyday tasks such as taking the poet’s own teenage daughter; ‘she slams the car door / and says, “Go”’. In a black mood / because the school bus was slow, she changes /in the car…’ from ‘Trip to the Ice Rink.’

Section two dives into the surreal. Kissane’s encounters include sailing with Shelley; striding beside an irritated John Keats, ‘he’s sick of being stuck on my dream’, helping compose Keats’s lost ‘last great ode, “To a Cormorant’”; berating Virginia Woolf and desperately gathering stones before she can pocket them; and watching Dylan Thomas postponing the attentions of a pretty young America heiress to sink another pint. The Keats, Shelley, and Woolf poems, together with a mock Romantic piece, were shortlisted for the Newcastle Prize in 2011. The framing angophora poems are tongue-in-cheek nods to two of Romanticism’s preoccupations; Nature and Death, ‘I long for its rebirth, an arboreal Lazarus.’

Section three is botanical and political. It opens with a doing/being poem as a man becomes his work, splitting a petrifying tree stump. A ‘Political Fruit’ sequence – ‘Quince’, ‘Mango’, ‘Rhubarb’ and ‘Mulberries’ – finds metaphor for death camps, love, immigration and race relations. The section includes a witty lantana thicket of mixed metaphors called ‘The Writer Talks to Her Aspiring Fans’, with phrases and images plundered good-naturedly from a conversation between Kathryn Lomer and Cate Kennedy.

Section four, ‘Sea Of Tranquillity’, was shortlisted for the Newcastle Prize in 2012. This series of nine poems explores the poet’s relationship with his partner, also referred to as The Moon. This section discusses contemporary families, as in ‘At The Movies’:

Or working and raising children, as in ‘Stargazing’:

Andy Kissane confronts suffering and exploitation, but his poems are an affirmation of strong relationships, and of the world of imagination that can liberate us, at least for a time.

This entry was posted in BOOK REVIEWS and tagged Andy Kissane, John Upton. Bookmark the permalink.
John Upton’s poetry is in Best Australian Poems 2014 and 2015. It has been published in leading newspapers, literary journals and anthologies. His first collection, Embracing The Razor, published late last year by Puncher and Wattmann, was short-listed for the Anne Elder Award. He has had five stage plays produced and has written for more than 20 television drama series. He won the Australian Bicentennial Play Competition, the Australian Writers Guild’s award for Best New Play, and (jointly) New Theatre’s 50th anniversary play competition.