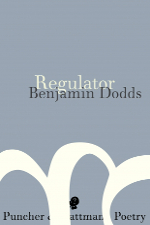 These two debut collections cast shade and light upon one other. Both poets construct a complex, convincing and engaging sense of place, exploring belonging (or not) and being in it.

The strongest poems in Phillip Gijindarraji Hall’s Sweetened in Coals quiver and hiss with profusion, connections and abundance. These poems are firmly and specifically situated in place and in country that is constituted both ecologically and culturally. There’s a deep and rich conversation here about place and habitat. Hall’s representation and evocation of specific places is a consistently powerful presence in these poems – dynamic, in flux and abundant with the presence of animal, plant and cultural life.

This is probably the most fulfilled element in Hall’s work, exemplified by the impressive early poem, ‘With Cicadas in Nitmiluk National Park’. This poem establishes and builds upon a meshing of culture (Jawoyn lore and Law), place, history, temporality and ecology. Here, Hall’s formal handling of stepped lines and open form is deft, ‘snaking / closely to enclaves / of relic rainforest’ as the poem makes a serpentine path down the page. (Given the context, though, I do wonder if ‘relict’, with its connotation of survival, would have been more appropriate diction here, as against the anachronism suggested by ‘relic’.) This poem also begins the pattern of motifs and repeated phrases and images that weave the book together. Its speaker, noticing the ‘pandanus palms / sweeten among bush / nuts and fruits’, recalls the barramundi sweetening on coals in the book’s opening poem, ‘Carpentaria’: ‘abundance builds / parcelled / in hot sand / and covered with ashes.’ As ‘With Cicadas’ reaches its end, a series of connections are bundled together without an overarching or overreaching attempt at a self-consciously powerful conclusion: culture, Indigenous commerce, federal legislation, local fauna and seasonal shifts all slide in to create a very particular set of linkages:

There’s a loose music here, and a subtle drift across the page that enacts the movement between seasons, the flow of the river, and the speaker’s own motion across and through country.

Hall’s movement from the specific image to more abstract or general observations is at times fraught, as in the aforementioned ‘Carpentaria’. Hall melds the geology, cultural patterns and ecology of this place (‘Heat radiates off the back-broken / bullish escarpment’; ‘gouged cattle plains / and salt flats’; ‘a back-country driven bony / even as floods flush north to the gulf / and I cast bait, slipping past crocs’; barra ‘parcelled in paperbark / and sweetened in coals amidst bunched / golden beard grass’). But Hall’s drive to pull this detail, precision and abundance into a larger context – already subtly present – suggests a flawed judgement. The poem falls into a sense of closure that works too hard to re-state what it has already established:

‘Indigenous space’, however deeply meant, may be too vague a phrase to work, even as a late-poem register shift, within a network of highly blended specific and concrete images. This dissipates the particularity that is built up throughout the poem. Hall might benefit from trusting his readers (and his work) to find connections in the dense network of image that he otherwise capably handles.

There’s a similar awkwardness in ‘Palimpsest’, a poem that seems to have been back-engineered from the final line (or the title). The most effective image in this poem is one that enacts what the poem does rather than what Hall tries to wrestle it into: ‘the Budawang Range / is a complex / of pricked and folded gullies / embellished with monoliths’; showing us the physical, geological folding of Dithol (Pigeon House Mountain) and also suggesting its cultural erasure more subtly than the poem’s sudden but obvious coda, ‘- palimpsest’.

The notion of culture and place as palimpsest runs consistently through Sweetened in Coals. This speaks to Hall’s recurrent concern with the ongoing impact of colonisation in Australia. In the poem that follows ‘Palimpsest’, ‘Promised Land’, country is persistently written over by ‘timber getters’ and the early twentieth century bushwalking club, the Warrigals, ‘surveying / Their wilderness – a canvas pitched / over the Dharug’s stone hearth glow.’ It’s vital to note here that the Warrigals’ picturesque ‘wilderness’ simultaneously reimagines country that is already home to a people – the Dharug – and also covers it over, extinguishing the interaction between place and culture that makes country. It’s a dark irony that Hall must use place names assigned by the timber getters and Warrigals in order for his speaker to explore it. In doing so, he layers – or coalesces – concepts of and perspectives on the nature of place, derived from a multi-layered range of sources: Indigenous cultures, his own walking through country, colonial and ecological perspectives.

In ‘Save Behana Gorge’, Hall continues to construct images of interconnection and interdependence, this time as an argument against development of the gorge. There’s wry humour and a neat balance in the last lines that makes this a strident and focussed protest poem. This balance is built into its opening: ‘To town planners, the granite gorge traces like a wound / across this scythed and hothouse landscape’; and returns in the last, ‘now proposed as a pipeline by the Cairns Water Corporation’. Parenthesised by the discourse of developers, the poem contextualises what stands to be lost to development. The gorge’s abundance is argument (without arguing): ‘burrowing frogs chorus / in the leaf litter’, ‘Sometimes we see a cormorant or a heron, or hear the shrill staccato notes of a whistling kite circling, ‘catfish guarding nests of stones as water rats slip / through a strainer of flood debris’, ‘dragonflies manoeuvre their fabulist films’, and ‘I’ll watch the orb spider strung golden between trees / … or follow the line / of swimming holes, lichen, fungus and ferns.’

Like the previously mentioned poems, ‘Habitation’ is full of life and movement, and balances the speaker’s intrusion with self-awareness: ‘lianas wreathing canopies, / like carpet pythons, festooning the way’; ‘A green catbird forages … yowling / from a tangle of vines’; ‘the males are grandstanding / across the rainforest airwaves.’ There’s something compelling in Hall’s linkage of pythons and vines, which posits ‘festooning’ and perhaps descriptive writing (or at least writing that is decoratively so) as a form of constriction. While Hall’s work is an often dense network of concrete imagery, it’s rarely showy for the sake of it. The drive of his best work seems to be to demonstrate interconnection between, say, ‘nature’ and the cultural associations and connotations it carries and is given. This is not a decorative poetics. Equally intriguing is Hall’s linking cancer with abundance:

View all posts by Greg McLaren on Cordite →