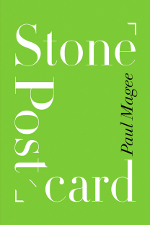 Unlike the recent Australian governmental fervour for signs of title (British, monarchist, hierarchical) and their accompanying anathemas contra entitlement (Australian, social democratic, welfarist), poetry titles struggle with self-authorization and singularisation. A poet’s title is not ‘Lord’ or ‘Lady,’ nor a state certificate legitimating territorial possession, but established by the fiat of the verse itself. Nor are poetry titles like those of narrative fiction. As Franco Moretti proves in ‘Style, Inc.: Reflections on 7,000 Titles (British Novels, 1740-1850),’ reprinted in Distant Reading (London: Verso, 2013): the ‘major metamorphosis of eighteenth-century titles is simple: in the space of two generations, they become much, much shorter … they also become much more similar to each other.’ With the development of a significant publishing ecology, novel titles no longer needed to be explanatory, but brief, attention-grabbing and memorable. Yet for poetry a title must be neither governmental nor novelistic. It must be impossible.

So, then – Stone Postcard? Magee’s previous book (John Leonard, 2006) bore a strongly oxymoronic title: Cube Root of Book. A striking phrase, drawing its provenance from a mathematical operation patently misapplied to the wrong kind of material and medium altogether: poetry as category error. As Jen Webb put it in Text (October 2008): ‘Cube root of book … in mathematical terms, roots are the inverse or opposite of powers.’ Poetry’s powers derive from its burrowing into the radicles of impotence.

Magee’s latest release is no longer in the zone of paratactical formalism, but in an archaeology of impossible media. A postcard is usually a mass produced souvenir item, often strongly identified with the commercialisation of aesthetic spaces such as museums or galleries, often sent home to family or friends from a grand tour of foreign lands, perhaps bearing the ambiguous legend wish you were here. The post-card presumes a functioning post-service, transport systems and general literacy. Yet it already harbours odd paradoxes and double binds. As Jacques Derrida says in The Postcard: ‘What does a post card want to say to you? On what conditions is it possible? Its destination traverses you, you no longer know who you are. At the very instant when from its address it interpellates, you, uniquely you, instead of reaching you it divides you or sets you aside, occasionally overlooks you.’ Take that, O Ye Simplifiers of Media Situations!

But a stone postcard? It just won’t wash. It probably wouldn’t fit in the post- or letterbox, let alone be of a weight to send. And who would chisel such a thing anyway? Somebody way out of date, a carver of ancient stones, a sculptor not a writer, a creator of things that sink straight to the bottom, a thing with which to fill your pockets before walking into the river, a grave marker of generic inscriptions. In his recent Il bene nelle cose: La pubblicità come discorso morale (Bologna: Mulino, 2014), the Italian philosopher Emmanuele Coccia asserts: ‘The most ancient human things of which testimony remains are stones. Indeed, it is in stones that the human intelligence departed the space of interiority and consciousness and incarnated itself in the world of things. Whether used, worked upon or sculpted, the stone is the primordial object, the most ancient vehicle of the human spirit, the first form of culture … there is a minerology of the spirit that still awaits being written.’

Has Magee written us a prolegomenon to the minerology of spirit? In ‘Over Virgil’s Grave,’ an epitaph:

Magee has a taste for translations, particularly from the Latin. The above is his rendering of Virgil’s own epitaph, supposedly penned on his death-bed (punctuation not authentic): ‘Mantua me genuit; Calabri rapuere; tenet nunc Parthenope; cecini pascua, rura, duces.’ The tomb was in ancient times a place of pilgrimage: the poet purportedly burrowed out his own Neapolitan vault by the power of his gaze alone. Magee’s is a poem marked on lost stone, commemorating what the Renaissance denominated the rota Virgiliana – ‘Virgil’s wheel’ – a career trajectory that every ambitious poet would follow, moving from pastoral through earthy labour to epic. Perhaps then it’s an inverted accelerationist parody of Virgil’s rota squealing its rocky wheels here. If Magee opens with stony epitaphs, he’s soon labouring on ‘The Care of the Land’ (from the Georgics, Book 1, l. 43-121), before following up with another georgic: ‘My Future Poem in Marble,’ bubbling like a volcano’s cauldron with ressentimental and minatory rhetoric. And, later, there’s a strong translation from the end of the Aeneid, ‘Turnus Decides’: ‘we’ll smash their city./They started this. Their children and women/will have to beg to be slaves to stop us’ (51).

But a rota can also be a rosa, or even a rosella. In ‘Here and Now,’ ‘Rosella bursts out of the tree like a flower./I want to live in that time spiral’(9). The book inscribes the memorial of a domestic separation: Paul, Roberta and Rupert. Stony are the walls, and a pit is never far away. The title poem offers the further clarity of unspeakable aggression recomposted in hostility: ‘Here’s your fucking rock, my actions said…’(13). So much for the caring professions: in ‘Looking through Aristoteles,’ we find:

Good times indeed for those still a body – or at least not yet a shade. Better remember the parentheses, then: ‘(There’s only two mm’s in remember.)’ (40). Don’t forget not to take things too literally. The stone is the postcard, the matter is the message, and the message is violence. In the end, a Stone Postcard might just designate some arsehole lobbing a rock through your window or into your skull, a mineral projectile of verse.

This entry was posted in BOOK REVIEWS and tagged Justin Clemens, Paul Magee. Bookmark the permalink.
Justin Clemens's books include Villain and The Mundiad. He is currently working on an expanded version of me 'n' me trumpet. He teaches at Melbourne University.