But yes, there was a difference between the Tranter/Adamson pursuits and the underground and small press poetry scene in both Sydney and Melbourne. The differences weren’t only aesthetic (e.g. experiment with new methods of poetic expression that were against high art); they were also, as everything always is, political. In Melbourne though I think experimental theatre venues were influential for poets. There were regular readings at Betty Burstall’s small Carlton theatre, La Mama. Perhaps this is one reason for the strong development of performance poetry that occurred in those days in Melbourne?

I can’t remember when I first read Contempa, edited in Melbourne by Robert Kenny, Michael Dugan and Phillip Edmonds, but it did seem fresh, broad and ‘of the times.’ As an example of what ‘political’ poetry publishing might be, in 1975 the more ‘upmarket’ Outback Press published the first anthology of Australian women’s poetry, Mother I’m Rooted, edited by Kate Jennings.

Looking back now, I could say that although it was publishing a few years later than New Poetry and Contempa, Magic Sam‘s ‘aesthetic’ and strong editorial direction was definitely oppositional to both Grace Perry’s Poetry Australia and the Australian Poetry Society’s magazines’ canonical aspirations, ‘alternative’ or otherwise. Ken Bolton says in a recent email: ‘Magic Sam was probably “anti-romantic” and against the high diction – against poetry strongly dependant on metaphor, myth, etc. The magazine carried a little self-description to that effect; actually, issue one said that its bias was towards work “that is modern”, in the sense of its being formally self-conscious, aware of its method of working, even exhibiting or drawing attention to its method(s).’ So, this differentiated it from both New Poetry and Poetry Australia. It had less European focus than The Ear or etymspheres, to which it was not opposed, tho it didn’t resemble them.’ (The Ear was Kris Hemensley’s magazine, The Ear in a Wheatfield (1973–76), and etymspheres was a magazine edited by Walter Billeter and John Jenkins).

‘Balmain poet’ Nigel Roberts was also active in loosening up the moribund and conservative notion of poetry publishing in the 1970s whenever he encountered it. He produced an irreverent gestetner magazine, Free Poetry. He published, like Magic Sam did later, international poets as well as Australians. I can’t remember how long Free Poetry lasted. (Free Poetry lasted eight issues, between 1968 and 1970 [ed.])

It was Nigel who sought me out in the early ’70s and invited me to read at the annual Balmain reading. Then in 1974 he invited me to join with him, artist Tim Burns and publisher Dave Morrissey in producing an assembly book. Called A Package Deal Assembly Book, it was modelled on Richard Kostelanetz’s assemblage books in the US. As the title ironically suggests this project was another one demonstrating (a bit like digital publishing can today) that published material can be altogether produced, distributed and controlled by the creators, independent of managerial or official structures. A Package Deal was collated and stapled at the Tin Sheds (the Art Workshop at the University of Sydney) with a group of willing workers (including Ken Bolton, though we didn’t meet ‘properly’ then) who gathered around the long tables with joints and a flagon of wine. (I spoke about this to Astrid Lorange recently in a Commentary for Jacket2) 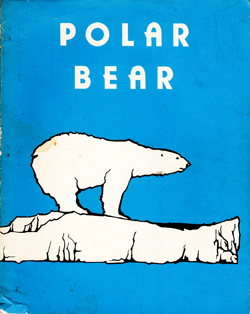 CW: Initiatives to which you contributed in Sydney – a kind of national hub of new poetry by a younger generation – seem to offer alternative histories to those we see in anthologies . From what you’re saying, it wasn’t so much that Sydney had so many poets, but rather that the city was central to the circulation and cross-germination of poetic experimentation in Australia – a moment both cosmopolitan (in a way Australian poetry had never been), and yet also more regional and locally representative. The Coalcliff period, when some of you spent time at a squat Ken Bolton and Sal Brereton lived in from 1979–1982, seems to me one of those alternative local histories. How do you remember these years?

PB: By 1978 I had a full-time job at Sydney College of the Arts. I was a member of the newly-formed Sydney Women Writers Workshop, later known as the ‘No Regrets Group’. That year, I met Sal Brereton, a prose writer, when Anna Couani introduced her to the writers’ group. Anna and Sal were the instigators of No Regrets: An Anthology, a compendium of writing by fifteen of the women involved in the group. Using the same gestetner, staples and wrap-around silk-screen printed cover as the Sea Cruise and Magic Sam productions it was published under the imprint Sao Press in 1979 and was, as the inside cover states, ‘edited by themselves’. It had been financed by benefit readings held at places like the Bondi Pavilion Theatre.

In 1979 Sal and Ken Bolton moved from Redfern to Coalcliff. We had become good friends. I only visited them at Coalcliff around four or five times but each visit was memorable for long meandering conversations about art, poetry, philosophy; for the walks around the dramatic coastal landscape; for cooking and sharing meals; and for the music from Ken’s wonderful collection of blues and r&b records. I would go down the coast to poetry readings and the Poets’ Ball they organised at the Ironworkers Club in Wollongong but I’d usually drive home afterwards. I helped collate one issue of Magic Sam at Coalcliff. I distinctly remember walking around and around the table rhythmically picking up the pages to Jimmy Cliff’s soundtrack from The Harder They Come. I stayed overnight at the Coalcliff house with my then-partner, artist Micky Allan, at Xmas-time once. I was in regular communication by phone and the postal service (remember letter writing?) with both Ken and Sal during those few years and we would meet up in Sydney sometimes as well. Magic Sam flourished during this period.

But yes, you’re probably right about an ‘alternative history’. I think Ken Bolton continued, with Magic Sam from Coalcliff (see: Coalcliff Days e-book catalogue from the 2011 exhibition at Wollongong City Art Gallery) and later, when he moved to Adelaide around 1982, with Otis Rush magazine – to provide a venue for a critique of entrenched or calcified ‘romantic’ and conservative notions of Australian poetry and its unending canonical, and these days, increasingly corporate, pomposities.


More by Corey Wakeling on Cordite Poetry Review →
Pam Brown is a Sydney poet living on unceded Gadigal land. Her most recent book of poems is click here for what we do (Vagabond Press, 2018).