‘We can wake up if we wish’: Autumn Royal Interviews Cecilia Vicuña 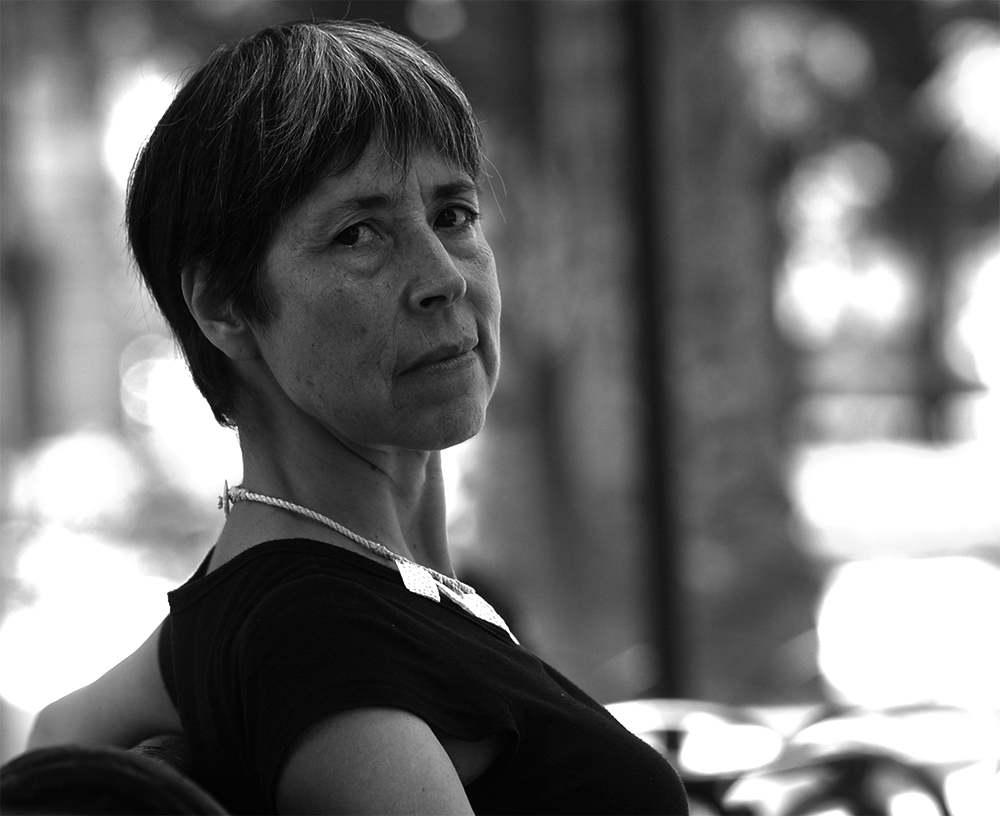 Cecilia Vicuña is a multidisciplinary Chilean artist who describes her practice as dwelling in the not yet. Vicuña forms and disentangles meaning with poetry, oral performances, filmmaking, criticism and activism. Throughout the dimensions of her work since the 1960s, Vicuña has continuously engaged in poetics and what she terms as ‘ancient spiritual technologies’ to generate liminal spaces with the hope of inciting change and social resistance.

Vicuña first visited Australia as an artist for the 2012 Sydney Biennale. She returned to Australia in 2016 to partake in Liquid Architecture’s ‘Why Listen to Animals’, an experimental series offering aural reconsiderations of John Berger’s 1980 seminal essay ‘Why Look at Animals’. During her time in Melbourne, Vicuña also presented her versioning of a lecture entitled ‘The Artist as … Poet’ at the Bella Union in Carlton on October 6, 2016. Vicuña’s lecture was a part of the series The Artist As … co-presented by the Institute of Modern Art Brisbane and Curatorial Practice at Monash Art Design and Architecture.

To experience one of Vicuña’s oral performances is to both feel and hear the chasms of all your previous understandings gently opening as she threads physical gestures, singing, chants and vocalisations of multiple languages into a space; a poem. As Rosa Alcalá explains in her introduction of Spit Temple: The Selected Performances of Cecilia Vicuña:

Although Vicuna is focused on oral performance, hers is no romantic idea of a pristine orality. It is one fully cognizant of the intervention of print, and is concerned mainly with the interplay between poetic texts and the vocalization and improvisation of those texts.

The morning after Vicuña’s performance she and I discussed her approaches to poetry, specifically with regards to Latin American and oral traditions, the social responses poetry may provoke and the influence that archival processes have on informing cultural memories and understandings. This transcript is a marking of our exchanges, as Vicuña states ‘to respond is to offer again’.

Autumn Royal: During your performance of ‘The Artist as … Poet’ you read Oodgeroo Noonuccal’s poem ‘We are Going’. The duality of the title and last line, ‘we are going’, expresses both the loss of Aboriginal people but also a resistance against colonisation. The line ‘we are going’ reminded me of your philosophy to ‘dwell in the not yet’. How did you encounter that poem?

Cecilia Vicuña: Just the day before my partner, the poet James O’Hern, sent it to me from New York. He couldn’t come with me on this journey so he’s been travelling with me in spirit. He’s been reading Aboriginal poetry – including Indigenous Australian poetry – and has also been to Australia and visited the ancient art of the caves of the communities many times, so he’s familiar with the universe of Aboriginal poetics. It was such a lovely gift to receive that poem because it’s true. My reading of the line ‘we are going’ is that it doesn’t just refer to the Indigenous people of Australia, it also refers to the whole of humanity. The Indigenous Australians have lived there for 70,000 years with extraordinary wisdom and resilience, creating some of the most amazing art in the world in the process. If they’re erased, if they’re eliminated, it’s a sign of our own self-destruction and so the poem is very prophetic in that it says that we are nature. Every living thing is nature. I mean, why are we on this suicidal move, and why is it that people refuse to see what we are doing to the environment even though we all feel it? That is the real question for our times. Why are we indifferent to our own death?

AR: Do you think Noonuccal’s poem spoke to you so strongly because of the way you approach your own work because and how it ends on a note of continuation, of what is yet to happen?

CV: If you read it as a warning, the warning includes the idea that we can wake up if we wish. If we connect to that terrible pain then there is a chance, and I believe that there is still a chance. But we don’t have a lot of time. We have this particular decade to take responsibility, and if we don’t do it now it’s going to be too late. It’s already happening, destruction has already sped up intensely in every place and so we say ‘look: what’s going on with the melting of ice, with the rising of the oceans?’ and that loop has already been set in motion. We don’t know what it’s going to be like in five years, in ten years. Originally, people were claiming that these environmental disasters were going to be in 100 years, but we know now that that’s not the case. It’s already happening for a lot of people, it’s not a matter of prophecy any more.

AR: Do you think that a form of denial about environmental destruction is by believing that a lot of the warnings and messages are treated as just a prophecy rather than a reality?

CV: Absolutely. The ways of pushing away a reality are infinite, and they are all embedded in a worldview which has been studied by many people. There is a Cuban poet that I admire and mentioned a few times last night, his name is José Lezama Lima. He says that it is the power of the image that creates the foundation of history. So history responds to an image, an image, in this case, means a worldview. If people are brought up in the Christian-western idea that nature is to be controlled and dominated, then to destroy it is meaningless. You see, it’s all dependent on what most people believe: that science will come up with a solution. That is another form of denial. Science is not oriented towards looking for a solution, science is oriented towards profit. That is the condition of economy. If scientists don’t work for profit, they don’t have money for research, so the research is not oriented towards the survival of humanity. The desire not to see is driving this denial.

AR: Is this one of the reasons why you’ve pursued poetry and art? By making works and giving performances that can’t be contained and the awareness of how art and poetry can communicate certain ideas about what is possible?

CV: Yes, I began art and poetry as a very young girl, and my family always made fun of me. They said ‘Cecilia was born with a little pencil in her hand’, or my brothers would say ‘Cecilia is a factory of madness’ because I was constantly creating this or that form which is formless at the same time. Therefore, my art sort of seeps under, even though it has been censored and marginalised for so many decades – 40 years or so. I would say, somehow, my work finds a way to percolate, to go under and surface in another place. That’s not my doing, it’s the energy of what’s inside the poems, inside the images; they have a life, a life that connects it to other life forms.

AR: I appreciate the way you describe your work, Cloud-Net, during your performance last night. It speaks to the energy that you were just referring to. I haven’t seen a physical copy of Cloud-Net – only the images and I’ve listened to your references to it – but I feel like I’ve already encountered it in a sense. One of the things I admire about your work is that you speak philosophically about things in a way that’s inclusive and that doesn’t alienate.

CV: The most powerful images are always elemental images, like a cloud-basket. That is something that most people can picture. You’re lying on the ground and you’re looking up right now under the clouds and we can see these things.

Pages: 1 2 3
This entry was posted in INTERVIEWS and tagged Autumn Royal, Cecilia Vicuña. Bookmark the permalink.
Autumn Royal is a poet, researcher and teacher based in Narrm/Melbourne. Her current research examines elegiac expression in contemporary poetry. She is interviews editor for Cordite Poetry Review, editor of Liquid Architecture’s Disclaimer journal, and author of the poetry collection She Woke & Rose. Her second collection of poetry is forthcoming with Giramondo Publishing.


More by Autumn Royal on Cordite Poetry Review →
Cecilia Vicuña has published twenty-two art and poetry books, including Kuntur Ko (Tornsound, 2015), Spit Temple: The Selected Performances of Cecilia Vicuña (Ugly Duckling Presse, 2012), Instan (Kelsey Street Press, 2001) and Cloud Net (Art in General, 2000). Her Selected Poems is forthcoming from Kelsey Street Press in 2017. In 2009, she co-edited The Oxford Book of Latin American Poetry: 500 years of Latin American Poetry. She edited ÜL: Four Mapuche Poets in 1997. She was appointed the Messenger Lecturer 2015 at Cornell University. She divides her time between Chile and New York.