The tape of Paul Mitchell's first interview with Natasha Cho was tragically stolen one hot day in January. The question was: could they come up with the goods a second time via e-mail?

What does it mean for you to be an Asian-Australian writer? Is that a term you like?

Labels are difficult (although perhaps sometimes necessary) things. The main criticisms I have heard about the term 'Asian-Australian' relate to the 'Asian' part. 'Asian' is such a broad term, for starters.

And yet, sometimes, a label can be a reassuring thing. When I was seven I went into hospital for an operation. As I was being wheeled into the operating theatre the nurse, who was Asian herself, asked me what my nationality was. I gave the standard response: 'I was born in Australia but my parents were born in China'. She smiled at me and told me I was an 'ABC – an Australian-born Chinese'. 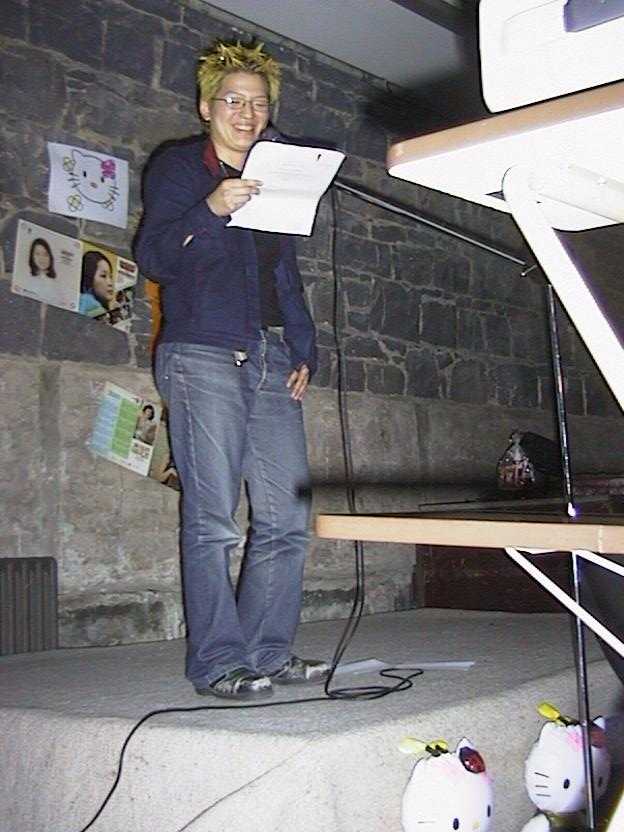 That experience was the first time I really had a label for my ethnicity and it was a very significant moment for me. For someone to understand why that was significant . . . perhaps I could say that there are people who have never had doubts as to a name for their ethnicity – in some respects, this is a luxury that others do not have. So, in spite of the criticism that labels receive, a label can be a good thing.Of course, in the writing business, wearing a label is hard. And I have so many labels to wear too – 'young', 'gay', 'Asian-Australian'. But I think there is a certain power that comes with self-identification. I like to believe that claiming a label myself is better than having others put a label on me. And I have also come to realise that there are very positive things about being an Asian-Australian writer. It means I do have a certain reach in relation to a group of certain people. And there is no doubt that there are so many Asian-Australians who are starved of images of themselves in the media and the arts.

Do you look forward to a time when you won't be considered an 'Asian-Australian' writer?

As a younger Asian-Australian writer, who do you see as having carved a path for you? Who are your inspirations in regard to your cultural placement?

I find it very difficult to answer this question. There are so few young Asian-Australian writers 'out there'. I have mixed feelings about the work of Ouyang Yu, but I do see him as an Asian-Australian writer who challenges perhaps some pre-conceived notions of Asian-Australian writers. In particular, his anger makes people uncomfortable. He is prepared to write about racism in Australia. Perhaps some people are more used to 'hyphenated Asian' writers who write books that discuss a harsh life in an Asian country only to end more happily with a migration to a western country – and this migration tends to result in mostly gratitude to the host country.

I do admire the Asian-American magazine Giant Robot in some respects. It does have some definite flaws, but I admire it for its fresh topics and its sense of subversion. Unfortunately it has spawned a lot of terrible imitations. In relation to the book I am writing (a collection of short-short stuff that explores Asian and Western pop culture influences), I am more likely to find someone like Aaron Spelling more influential than say, Amy Tan. Is that a good thing or a bad thing?

I'll let the readers decide! But tell us more about the book . . .

I am having a lot of fun with this book. It is constantly challenging me. When I was younger, I had considered writing an autobiographical book similar to Wild Swans that explored the lives of my grandmother, mother and myself, with a focus on the difficulties of my relatives' lives in China. But when I asked my mother if she'd tell me stuff about her childhood for the book she just said, 'No, I'm not going to tell you that stuff.'

She didn't mean it in a harsh, angry way. For starters, Chinese people can sometimes be quite reticent when it comes to negative topics. To generalise, we are not confessional types of people. I keep trying to find Asian people on shows like Rikki Lake, but I can't seem to find them. (I have sometimes thought that the biggest miracle of a book like The Joy Luck Club was how the heck Amy Tan got her mother to talk about the difficulties of her life in China.)

In retrospect, I can see that that autobiographical book was not the book I should have been writing. But a book about Asian and western pop culture – Godzilla, Walker Texas Ranger, The Karate Kid, Elvis, Tony Danza, etc, etc . . . now that's a book I was born to write. I sometimes curse the fact that being Asian was considered so daggy when I was at school. Now that I don't have to care about being popular, Asian pop culture is so much more popularised. (I don't think I'll ever match the timing of trends. I realised I was gay after the whole 'lesbian chic' thing had passed. I started telling people I was gay a while after k.d. lang had had her huge wave of popularity and lesbians were back to being daggy.)

I hear your mother was surprised you'd consider yourself enough of an authority to writer on the subject of Asian popular culture.

Yep. I told my mother I was writing a book about Asian stuff. She said 'What do you know about Asian stuff?' Again, she wasn't being harsh. Her response, though, did stun me for a second. It was such a direct question that probably cut through to insecurities I had myself. I thought about it for a moment and then said, 'Well, the book would be about my unique perspectives about being Asian.' My mother kind of shrugged and then said 'OK.' Later, I thought to myself, 'I bet Amy Tan never had this problem.' 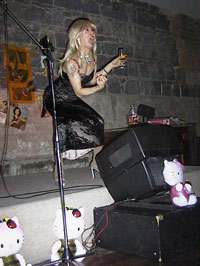 Actually, my mum has proved to be a very interesting critic of my work on the few occasions that I talk to her about what I am writing. One of the stories in my book is about Godzilla destroying my mother's garden. I mentioned to my mum that I had written about her and her garden in my book. My mum is a very keen gardener and I thought this news might please her. My mum said, 'How long is the story?' I thought this was a surprising question but answered it anyway: 'I only write very short pieces and so the story is only about 1000 words.' My mum kind of scoffed at this and said, 'How do you expect to describe my garden in only 1000 words?'

Apart from horticulture, what is it, do you think, that attracts Australians to Asian pop culture?

There is possibly an initial fascination for it simply because it is unfamiliar. Hello Kitty, once known more to only Asians, has spread her cute and non-threatening influence to various western countries. Karaoke can be found at pubs. You can buy rice bowls at Freedom furniture.

Tell us a bit more about the Hello Kitty idea. What is it, where has it been performed?

Hello Kitty started when I was coordinator of the spoken word/text program for the Melbourne Fringe Festival in 2000. I wanted to produce a spoken word event featuring young Asian-Australian writers as I knew there was a huge gap in the spoken word scene for something like this. I also knew that I wanted the event to have a sense of humour and to subvert stereotypes. I approached the Footscray Community Arts Centre to be joint producers as I knew of their work with young Vietnamese performers.

In collaboration with the performers, we decided to use a karaoke format – each writer would read their piece and sing a karaoke song. I found us an Asian drag queen – Miss Suzzanna – to host the event. Since then, the gig has been performed at the Melbourne Fringe, Midsumma and Big West festivals. Each time, we have changed the line-up to try to get new talent out there. The gig has drawn big crowds and both the performers and audiences really love the format. Spoken word and karaoke go together surprisingly well. I keep saying, 'that's the last performance of the gig – time to move onto something else,' but then some reason comes up for us to take it just a bit further.

The photographs of Natasha Cho (top) and Miss Suzzanna (bottom) on this page were taken at a November 2001 performance of Hello Kitty in Footscray.

This entry was posted in INTERVIEWS and tagged Natasha Cho, paul mitchell. Bookmark the permalink.