Genderqueer and Trans Poetics: An Interview with Trish Salah 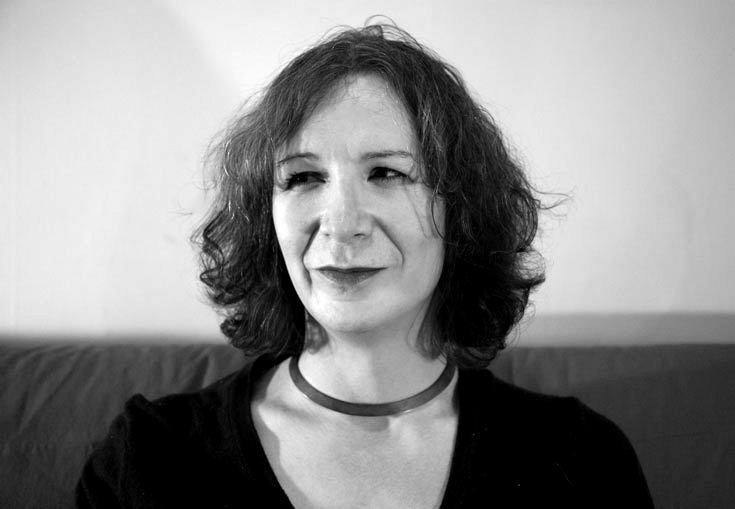 I had the great pleasure of meeting Trish Salah earlier this year through the University of Saskatchewan. Our talk quickly turned to poetry and poetics, and has continued to be a great blessing to me during an isolated academic term. An interview with Salah, I thought, would present an opportunity for the Cordite readership to gain an insight into transgender poetics from an astonishing lyrical poet and talented theorist.

Matt Hall: In what I thought was a brilliant review of your first book, Wanting in Arabic, Lisa Roberston wrote: ‘I read Trish Salah’s work as lyric, meaning: an exiled voice speaks towards its condition, invents a contingent authority that dissolves into receiver after receiver, mimics centres in order to disperse them in a lucid pleasure, slows down its legibility because it wants to install useless and indeed anti-utilitarian agencies of perverse instability in its readers.’ Can you speak to the manner in which the dissolution of the receiver is, in your first book, mimicked by the transfiguration of the subjective?

In what way does the exilic condition, in its broadest terms, figure in to your poetry and academic work, both as a transwoman and as a Canadian poet of Lebanese-Irish descent? Is there any divorce of subjectivity from politics?

Trish Salah: Lisa Robertson’s comments were very kind, and developed in connection with this extraordinary event Margaret Christakos has convened these last several years: the Influency Salon. The Salon invites both cautious and fervid approaches in the encounter between poets publically reading one another’s work in the context of an audience – rigorously studied and a space which is more of a polyvocal generating machine of poetic and critical discourses than one could ever hope for. So Margaret and the Influency crew enact, name and in situ exemplify an ethics of poetic encounter.

One of the things I most like about what Lisa says is her articulation of poetry as the implantation of useless and anti-utilitarian perverse agencies in the reader. There is a kind of nerve language I want – an anxiety of wanting your wanting – that leads nowhere ‘good’, but is spectrally calibrated to what once was. I guess that’s an exilic dimension: the longing for outmoded or overpowered narrative entanglements with shifting grounds that perhaps still have something to teach ¬– a cultivating of desire’s thickly sidereal quality, which is really about striking a point (making a calculus?) of not knowing, rather than discernible objects.

Reading Anne Marie MacDonald’s Fall on Your Knees, Gail Scott’s Obituary or Abraham and Torok’s Wolf Man’s Magic Word, what strikes you is the familiar feeling of carrying the encrypted secrets of others, whether as gaps or on the surface of things, as a concatenation of overdetermined and contradictory screen memories. We moved from Lebanon because … we never lived in Lebanon. I do think the question of narrative return, of temporal sequence is compromised and constituted by inevitable displacements’ curve around structuring absences – what Eric Santner calls their traumatropism. So does the subject in dissolve mimic the extension outward into/across receivers, or the reverse or neither? I’m not sure.

I’m honoured especially by Lisa’s invocation of Al-Andulus. I’m not a scholar of that period, at all, but Ammiel Alcalay’s deployment of the figure is for me salutary. He invokes it to remind us not to fetishise it, to recall that which Al-Andulus perhaps briefly was before the violent purge of Arabs and Jews from what would become Spain – stretched for centuries across the Levantine world, from the western Mediterranean to the Indian subcontinent. (And not, in turn, to fetishise that – Persia, among others, was sacked; and Alcalay is writing against contemporary, Israeli imperialism, among others.) But Lisa’s talk charts the movement of a polyglot dialogic poetics through the vernacular of women’s songs into Provence forward to Dante, tracing the foundations of European lyric to a disavowed Arab, Jewish and Romance hybridity. Of course that is shocking and an honour to be entered into.

MH: If sexual identity is a complex of discursive practices and constellates a series of power relations, as the political side of postmodern theory and deconstructionist theory would assert, then identity in its multiplicity is a performative construction. How do you relate to the notion that identity is performative? Secondly, how does the manner of subverting the binarism of sexual identity play out in your work, and what effect does this have on the relation to semblance, jouissance and signification within your own poetics?

TS: I have a general sympathy for the articulation of identity as repetition with a difference, performatively instantiated, though I think its dynamism differentiates surface and depth agencies, with relative autonomy (what Freud called id, ego, superego). I also think that it is reductive to forget durability and duration of subjective formation, however much it is politically exhilarating to denounce (and perhaps mirror) a monism of power. With Viviane Namaste, Jay Prosser and others, I need to take exception to the ease with which the early work of Judith Butler rendered transsexual subjects particularly unfortunate and hyperbolic exemplars of melancholic incorporation and gender performativity and its constitutive failures. It seems to me that queer critique of transsexuals/transsexuality was made, and continues to be made, without really taking stock of the cissexual privilege through which it is most often spoken.

With Britney Spears I prefer triangulation to binaries, and I really think the figure of three is the figure for everything that comes after ‘Counting Past 2’, which happened to be the name of a TS/TG multidisciplinary arts festival in Toronto in the late nineties. That space both undid certain binaries, and troubled the idea that gender binaries were really the main issue confronting trans folks.

When we’re thinking about transgender writing and ‘deconstructing binaries’ we’re thinking about transgender in a way that keeps it, and trans people, on the side of figural: transgender writing as a remedy for non-trans (cissexual) lives. If we think of trans people as people, then the question of literature’s utility might come up differently, in relation to how it can function to reimagine the social, articulate experiences of living lives that are marginalised or erased, contending with criminalization, or lack of healthcare. So there is that question of how literature might participate in making social imaginaries and arrangements more just. Counting Past 2, the brainchild of Mirha Soleil Ross, and product not only of her labour but also of countless others (notably Xanthra Phillippa and Mark Karbusicky) was my first encounter with an artistic and cultural space that centered transsexual and transgender people and projects. Though queer spaces have been very important to me, Counting Past 2 was crucial.

I think that along with molecular movements we need molar constellations – solidarities along with free associations. That can get tricky if you’re only interested in your line of flight.

That said, my own poetics is one of dispersed and multiple identifications and desires, of barred and deferred subjectivities, and that does have its relationship to jouissance, the generative and open economy of the possible – but that is suffering as much as pleasure and entails also law and lack. There is a certain amount, always yesterday, crossed out.

MH: For you, is the subject unified to the condition it speaks towards? And can you explain the manner in which the gendered relation is embodied in the lyric form in your work?

TS: My use of the figure of Tiresias, in my new text Lyric Sexology, extends the work of transgendering classical figures and gendered voice in the ghazals, in Wanting in Arabic. I’ve tried to appropriate – reappropriate really – the figure for the beyond. This is what Garber calls the category of crises/crises of categories, which is mapped as sexed subjectivity through Tiresias and many other ‘crossing’ figures. I’m interested in intermingling that construction of a ‘constitutive outside’ (Derrida) with the rhetorical protocol through which trans subjects have been written, erased, and rewritten and re-erased ourselves at different moments. But I need to think a bit more on that.

And while it is all well and good to undo the regulatory logics at a certain level of abstraction, there is also the question of how a person’s muddling along, unremarkably, with life’s small cruelties and exclusions, but also satisfactions and ordinary pleasures, can make its way into language when one is assigned to represent the sex of angels.

Pages: 1 2
This entry was posted in INTERVIEWS and tagged Lisa Robertson, Matt Hall, trans poetics. Bookmark the permalink.
Matthew Hall is working on a dissertation on J.H. Prynne and Violence at the University of Western Australia and a series of poetic essays that pertain to the radical pastoral. His poetry, occasional prose and criticism have been featured in journals around the world. Hall is Editor of Cordite Scholarly.


More by Matthew Hall on Cordite Poetry Review →
Trish Salah lives and writes in Toronto and is associate professor of Gender Studies at Queen’s University, Kingston. Her poetry books are Wanting in Arabic and Lyric Sexology, Vol. 1 and she co-edited TSQ: Transgender Studies Quarterly 1.4 on Trans Cultural Production. Wanting in Arabic won a Lambda Literary Award for Transgender Fiction, and this year Salah was a finalist for the Writers' Trust of Canada's Dayne Ogilvie Award. Her writing appears in recent issues of Action Spectacle, Angelaki, Anomaly, The Medium, Prism International, and in the collections Women of Resistance and Meanwhile Elsewhere: Science Fiction and Fantasy from Transgender Writers.