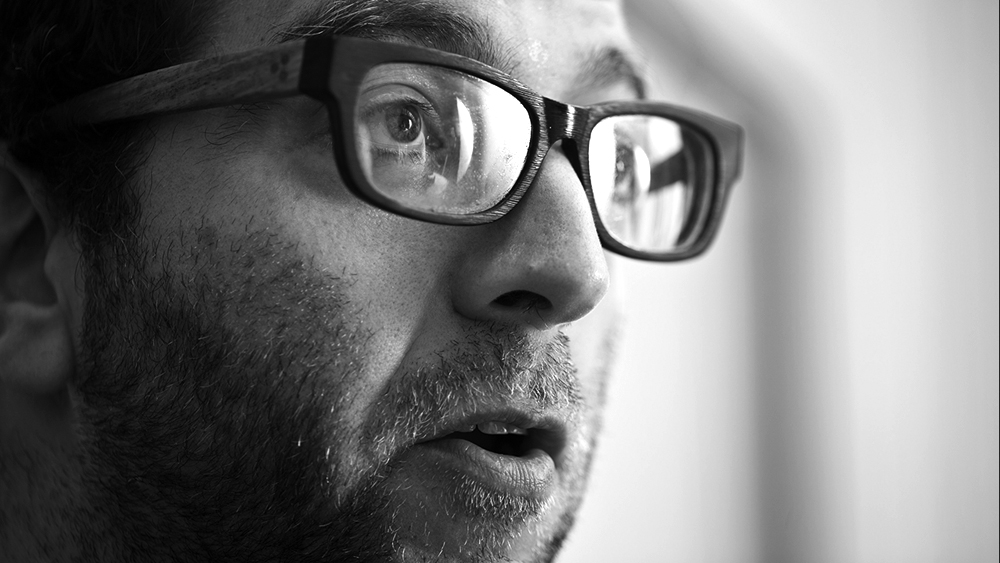 Eric Zimmerman is a game designer, academic and educator. He makes digital games, analogue games, installations, experimental narrative games, has written non-fiction books that are key texts in universities and is the founding faculty at the NYU Game Center. I’ve never met Eric in person actually, but I’ve read his writings (such as his short essay on his experiment creating an interactive paper book), played his games (such as his co-designed Meta Game) and watched his talks (such as this 2012 IndieCade one on game principles). There is lots to talk about with Eric, and I’m super keen to hear some of the stories behind his successes.

Christy Dena: Your co-written book Rules of Play is a pivotal text, on the reading list of many courses worldwide. It was in some ways a manifesto of what game design is and could be. An attempt to render game design it’s own area. How did Rules of Play come about? How did the game design focuses approach develop?

Eric Zimmerman: This is a big question. I was trained as an artist – originally as a painter – and when, after graduate school, I realised that I was pivoting into becoming a designer, I assumed that I would be entering into a well-established discipline. In other words, as an artist there was a long and rich history of competing and contrasting schools of thought about what art was and should be, what it meant to be an artist, and how artists should go about practicing their art-making.

In the case of game-making, although play has been a human creative practice as ancient as making images or telling stories, it turned out that there just wasn’t the same disciplinary history. There had been no equivalent of Vasari writing about the lives of game designers in the Italian Renaissance – because until the 20th century, the development of games had been largely a folk art form rather than an authored form of media. This has been the single biggest shift in the history of games in the last 100 years. (The other of course is the invention of the computer.)

All of which is to say, when I began designing digital games in the early 1990s, there was no established critical language that could help me understand the relationship between theory and practice. Where were the competing schools of game design thought? In part, I started teaching game design (initially with the brilliant game designer Frank Lantz) in order to understand what games were, how they worked and how they could be designed to create meaningful experiences for players. It was an exciting time. We were figuring it out as we went along: inventing concepts, scraping libraries and the early Internet for writings about games, coming up with assignments and exercises for the first time.

The classes that Frank Lantz and I taught at the Interactive Telecommunications Program at NYU for me were the foundation for Rules of Play that Katie Salen and I wrote together. The structure of the book – looking at games as formal systems of rules, as the human experience of play, and as cultural contexts that intersect with the world at large – comes directly from the same three units that defined the classes I taught with Frank. Katie’s background in design and semiotics was incredibly influential as well – it helped focus the book on how game designers make meaning.

I don’t think of myself as a professor. I like to consider myself a designer who also teaches and writes, and my activities as an educator help me become a better designer, by sharpening my skills and forcing me to articulate my thoughts. I think Katie and I cast the net very wide in our book – it broadly addresses as many areas of game design as we could squeeze in there. Now, of course, there is a new book on games out every week. And there are competing schools of thought on game design. And I love it.

CD: Rules of Play was an effort to help create a history and language of games like that which already exists in art. Given your own experiences as a painter, what are your thoughts on how painting and indeed any other artforms you’ve worked in have influenced your design philosophy and practice?

EZ: I think my background as an artist has helped me always see games as a form as culture. That sounds so obvious! But game designers are often highly structural thinkers and we (myself included) can sometimes be seduced by the beauty of analysing game systems in and of themselves. In this way, a naive kind of formalism often springs up around game design discourse. For me coming from a training in the arts has been a great balance against a more orthodox formal orientation.

CD: It is great to hear about the roots of the book. I relate to the need for such texts, and the feeling of finding your kin in their pages. The development of the book through teaching would have of course developed your understanding of games. Teaching not only extends us beyond our own practice, but education design is directly related to game design. How do they impact each other for you now?

EZ: I dearly love teaching. It is one of those activities that gives immediate gratification – like learning a foreign language. It mobilises existing knowledge but at the same time is essentially improvisational – you have to stay on your toes and roll with the current class situation. And class is always surprising! Teaching occupies one’s entire being – intellectual, emotional, psychological, even one’s physical self as you perform with and for the class.

That said, I don’t think of myself as an educator. I think of myself as a designer who also teaches. For me it is important to be selfish about my teaching, to teach because it is a form of research and investigation and self-improvement. Most of all teaching is one of the ways that I keep my swords sharp as a designer – it is a method for staying on my game. In teaching I am constantly challenged to quickly look at a design problem and immediately start thinking about solutions. Because the classes I teach are generally the kind where students make things (rather than discuss theory), each semester I have dozens and dozens of opportunities to think through new design problems.

I study martial arts and I am inspired by my teacher Sifu Shi Yan Ming – a Shaolin Buddhist monk. Sifu teaches every day, and always focuses on leading the beginning classes, letting his students teach the advanced classes. It is clear that teaching for Sifu is part of his martial arts practice. It is not just about passing on knowledge but part of how he trains himself – through the very particular context of teaching. I often think of design as a practice like a martial arts practice – something that is more about a way of being in the world than a particular product or technique. My teaching is very much part of my practice in this sense. At the NYU Game Center, I like to teach the fundamentals classes, and to learn and re-learn with my students the ‘basic’ aspects of game design again and again year after year. If I didn’t think teaching would make me a better designer, I wouldn’t do it.

To answer the last part of your question: yes! Teaching is very much like game design for me. When you design a game, you design a set of rules – the formalities that will constrain player behavior. But the good stuff only happens when people decide to inhabit those structures and actually play the game. Through play the somewhat dry and logical structural constraints of the rules transforms into the juicy human experience of play. A class is the same way – you design the syllabus and readings and assignments in advance, but those structures are just the occasion to design – the somewhat arbitrary context where both student and teacher will have to improvise to move forward. All design can be thought of in this same way: the designer creates a set of structures which are inhabited or manipulated, and from this encounter between design and audience, meaning is generated.

Pages: 1 2
This entry was posted in INTERVIEWS and tagged Christy Dena, Eric Zimmerman. Bookmark the permalink.
Christy Dena is a writer-designer-director who works in digital and transmedia forms. She was granted Australia’s first Digital Writing Residency at The Cube for her project Robot University, thanks to the Australia Council for the Arts and QUT. In 2012, she was the Digital Writing Ambassador for the Emerging Writers Festival; and a prototype of her web audio adventure AUTHENTIC IN ALL CAPS was Finalist for the Best Writing in a Game Award at the 2012 Freeplay Independent Gaming Festival. She has worked on global alternate reality games and scalable pervasive games. She presents and mentors worldwide; has written numerous articles on writing and design; been published in numerous books; and wrote a PhD on Transmedia Practice.