← Christy Dena Interviews Eric Zimmerman
by Christy Dena
The Organising Mind: Discipline and Austerity in Jackson Mac Low and Art After 1960 →
by A J Carruthers 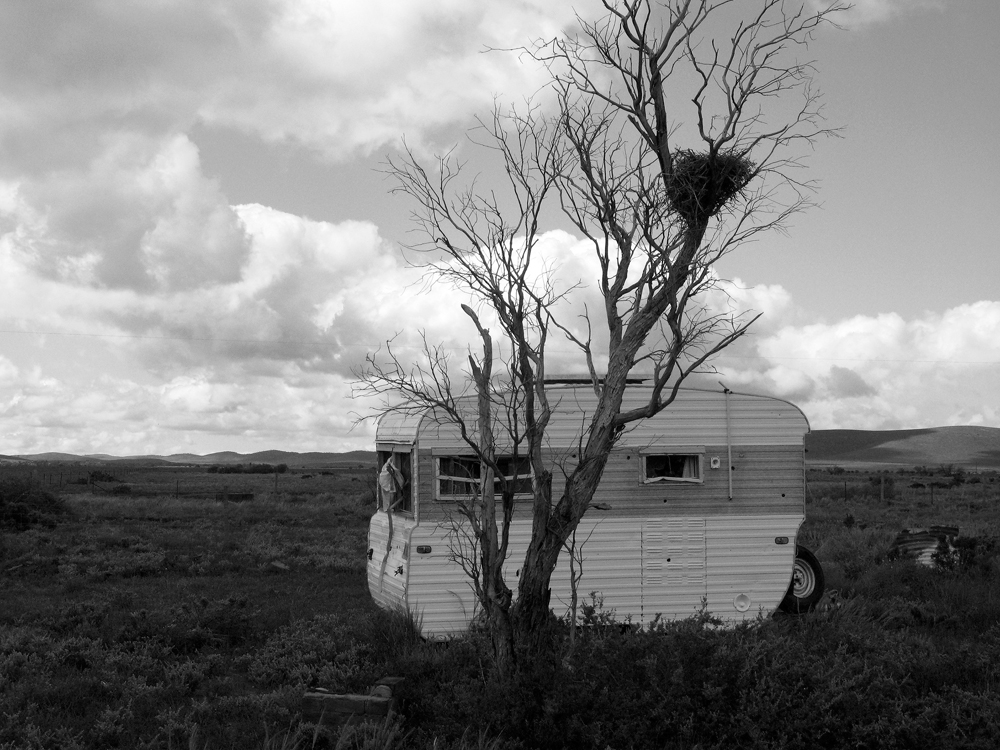 Abandoned spaces, places and objects are central to my photography. I am drawn to the obsolete and discarded and am fascinated by the dichotomy between the original function and aesthetics of old structures and what remains, in its abandoned beauty. Among other things, this fascination has resulted in a long exploration of the discordant application of 19th Century British building techniques in the Australian landscape. I am not documenting but rather interpreting built spaces within the landscape.

I deliberately choose to only use natural light in my photography, letting the light reveal the object or place, often long abandoned or hidden from view. All of my early work was shot on film. I prefer B&W and very tightly cropped images that focus the eye on the play of light and form. I like to challenge the viewer to imagine what is captured both inside the frame and just out of view. I am drawn to the minimal and look for a visual ‘conversation’ between compositional elements within the frame. Windows, doors and reflections feature strongly in my imagery, as I am interested in the relationship between what I see now and that what the lost viewer in the past saw.

I see my photographs as a visual narrative, where each image forms part of a series that together tell a story about a particular place as captured by me in moments of time. These series are the result of many trips over years, photographing and rephotographing the same place. These places include the Quarantine Station on North Head in Sydney, Cockatoo Island in Sydney Harbour and the lost farming communities north of Goyder’s Line in South Australia.