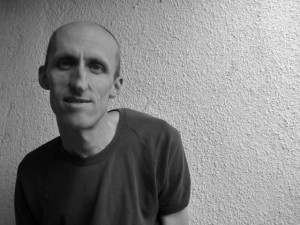 or, Is there a place for combining music and poetry?

Like I had just suggested putting anchovies in his ice-cream, a fellow poetry connoisseur once screwed his face up and told me that a poem put to music was not a poem at all. Mixing poetry and music was just not right.

I have also seen musicians and venue managers cringe at the very mention of poetry. What's going on here? Are songs only acceptable if the vocalist never lapses into speech? Is the only acceptable accompaniment to a poet the random background noise of clinking glasses and back-row chatter you get at most readings? What's the big deal about definitions anyway?

In June 2001, I organised and hosted the first of what now looks like being a monthly gig called A New Pitch. It aims to highlight and foster collaboration between writers and musicians. Why would I want to do that? A number of years ago I attended a workshop on that very subject under local writer Edwina Preston. At that time I was also intrigued by artists like New York schizo-pop band King Missile, impassioned rhymers Disposable Heroes of Hiphoprisy, and composer Gavin Bryars. I started writing and reading poetry publically, and developed a taste for the confluence of the two forms.

Unfortunately I was rarely satiated. I've said this a number of times: poetry and music are like cousins – so closely related that they don't want to get romantically attached. I mean, people might start to talk, and who knows how the kids might turn out! We have a tradition of marginalising the half-caste, defining her out of legitimacy. There are many of course who prefer to pursue experimentation and novelty rather than purity or nostalgia. And these cousins do have a lot in common ?? rhythm, sound, drama, rhyme, tension, expectation, verse, repetition, surprise, themes and variations thereon, and so on.

I felt that since Melbourne has perhaps the strongest live poetry and live music scenes in the world (apologies if you thought your city did, but…), a night that fostered cross-fertilisation had a fair chance of success. Poets who specialise in musical presentation, musicians who work with the spoken word, and those who would like to dabble could have a home. In a DIY spirit, A New Pitch was born. At each A New Pitch there is one or two features who are more or less established and experienced, plus an instrumental band who is prepared to collaborate with writers/poets on the night.

This way I am able to put the spotlight on those who are practising their alchemy, and I may also interest people in getting more familiar with their 'cousins'. After only a few months the line-up has been pretty varied – Mahayana (Tana McCarthy, Chi Ly & Adrian Sherriff), D For Dilated, All India Radio, Ginger Ekselman & Stephen Masterson, Angela Costi & Ingenuitas, Edward Burger, and Alicia Sometimes & Steve Grimwade. The November gig will centre around Alison Croggon & Tim O'Dwyer, the punk/jazz grooves of Bucketrider, and electronic composer David Thrussell.

I suspect that there are particular forms of music that require more rehearsal and compromise for the combination to work. Tightly-structured or complex musical forms create a labyrinth of dynamics for the poet to navigate around. Music that is more non-linear, sound-scape oriented is perhaps easier to spontaneously collaborate on, but it runs the risk of receding into the background. Jazz, for better or worse, has so many beat connotations.

Still, I do not intend to be cautious. Future gigs will tackle hip-hop, dub, indie-rock, electronica, hey maybe even country. I appreciate the hesitation of musicians and writers, and admire their willingness to experiment, because they are allowing other people into their very personal creative space. That space is then inevitably transformed. Neither artist is the focus because neither can say they are responsible for the result. The spotlight doesn't know where to shine.

That's part of the attraction for me – egos are simultaneously roused and submerged within the process of collaboration. Each performance of a song or a poem is unique, and any collaboration changes the nature of both words and notes. The result is a kind of hybrid, not-merely-poetry, not-merely-song. The resonance of the words are infiltrated with the resonance of chords, scales and sounds, are sometimes overcome by voice. The reverse is also true. Sometimes, yes, the mix is like oil and water, but more often than not it is more like a duck to water.

So, at the risk of repeating a distasteful metaphor … pass the anchovies, I'm feeling adventurous.

This entry was posted in FEATURES and tagged music, performance. Bookmark the permalink.

Andy Jackson has been shortlisted for the Kenneth Slessor Prize for Poetry and the John Bray Poetry Award and has co-edited disability-themed issues of Southerly and Australian Poetry Journal. He works as a creative writing teacher and tutor for community organisations and universities, and his latest poetry collection is Human Looking (Giramondo, 2021).