Words and Spills: Disability, Sexuality and Cripping Your Poetry 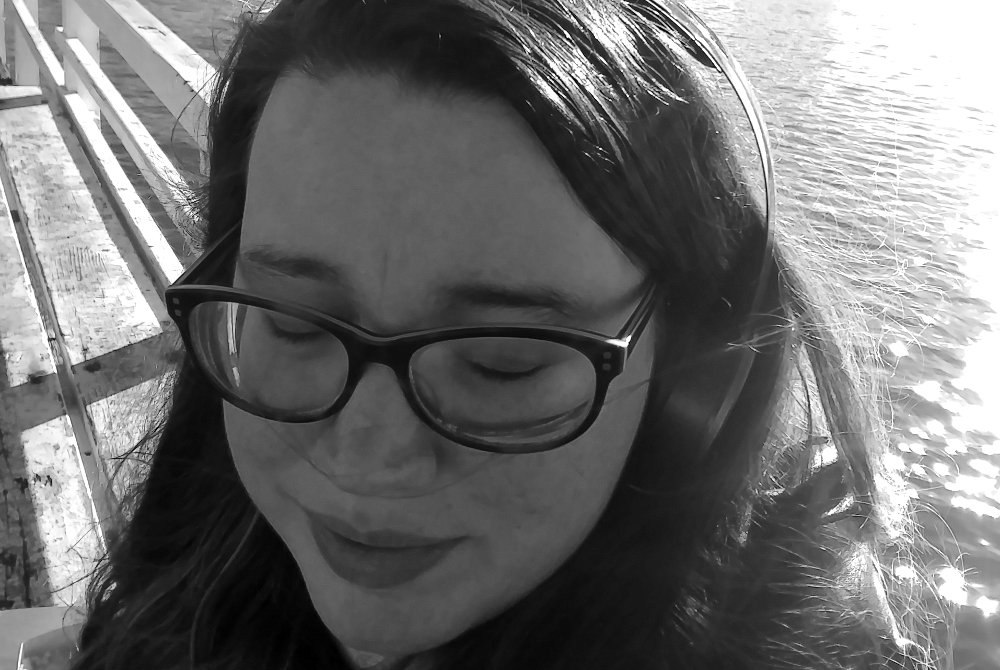 Writing while crip is complicated.

Not the act itself, not always. My hands work most of the time, and I have access to screen readers and dictation software. But writing crip is messy and awkward and bodied and mine, because no ‘experience of disability is universal’ (Kafer 2013, 34), no matter how much anyone wants it to be.

Twelve-year-old me would be mortified to know I’m writing about anaesthesia or falling on my face. I spent long stretches of childhood being stretched and stitched and plotted on gait charts so that, in part, I could pass, after all. Walking – and walking ‘well’ – was the goal. Surgeons worked diligently to break my feet so they could re-shape them into something I would walk on forever. There was a timeline. Surgeries planned for the brief, plastic period between when bones stop growing and puberty adds weight and other complications. It worked on me, for the most part, through a mix of luck (allegedly mine) and skill (definitely not mine).

Twelve-year-old me would approve of all the sappy love-stuff in some of these poems, but the idea of it still being mixed up surgery or falls after all that work, all that expectation of normality-in-adulthood, would make her keen.

Writing about all of this feels a little bit like standing half naked in front of men armed with medical degrees and sharpies. Performing disability is something I’ve done all my life, just by living it. Why write about it?

I wrote these poems as part of an exercise on performative poetry at Deakin University. I admit, I thought that ‘writing what I knew’, in this case, was a complete cop-out. The reason why I hadn’t written about disability before, I reasoned, was because I was more than that.

(Read that last sentence in the most pompous voice you have. I dare you.)

Turns out, writing these poems made me angrier and more tangled up in old memories and new words, than I’d expected. Writing them – and understanding my discomfort in writing them, being a ‘disabled writer’ along with writing while disabled – made me press right up against a lot of assumptions, privilege and hopes I didn’t think I had.

I’m making myself uncomfortable. Maybe you, as well. When I mix love poetry through the surgery poems, casting myself as an aware participant in the surgical scenes, I’m attempting to subvert a medical model of disability that often works with an able-bodied image of ‘the disabled’ more than it listens to disabled voices of any kind (Oliver 1990, p.15) These poems are not a love letter to surgery, but they are an acknowledgement of my and my body’s awareness of and within it. Daft love poetry, in this context, becomes a political statement simply because expressing desire is not part of the narrative medicalised views of disability assigned to me.

The result is a constructed self with a shifting relationship with touch. Spaces are elided – wordspill, widevoiced, needlesleep – words crowd up into compounds against each other. Hyphens bridge other gaps, while em-dashes reach out over line breaks, ‘blood pressing up— /dripping down slow … word-rush, want-spill— no, don’t touch). I attempted to convey the anxiety of being re-shaped while also allowing for the sensuality of it.

Speaking the poems, presenting a version of them with a mix of my own voice and my screen reader, complete with its tendency to place emphasis on the wrong syllable, is an extension of this, and is influenced by the work (and readings) of Norma Cole.

Simple acknowledgement of my own physicality may be deeply unsettling for another reader, especially when my recorded voice is added to any imaginary one. The use of my own voice is simultaneously a constructed, explicitly crip self, and a deconstruction of over fifteen years of therapy. This consciously allows my voice to show what I have, over the course of my life, been taught to conceal. Both voices, both identities are mine.

I am rejecting, at least temporarily, the voice that I built to ‘pass’, as best I could, in an able-bodied environment. Being to do this is a complicated bit of privilege that I’m still untangling, but the poems reject medical models of disability and reinforce a crip identity that accepts these aspects as part of myself. Self-ish. Bodied. Stitched and ripped up and put back together again.

My ten-year-older-self shall probably be as mortified by this spectacle as my child self is now – writing changes, even more than bodies – but I am not quite so frightened.

Pages: 1 2
This entry was posted in ESSAYS and tagged Kit Kavanagh-Ryan, Norma Cole. Bookmark the permalink.
Kit Kavanagh-Ryan is a librarian, writer, and academic interested in cripping your kidlit. She holds a Masters of Information Management and is completing graduate studies at Deakin University, specialising in children’s fiction, disability and secondary worlds. Her poetry has been published Southerly. When not working at an AOD not-for-profit or tripping over steps at the end of ramps, she lectures in young adult and children’s literature at RMIT University.