Externalising the Symptom: Radicalised Youth and The Membrane 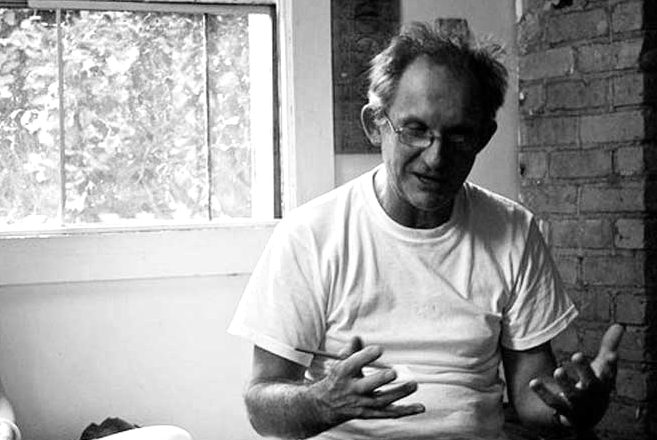 I was radicalised in my youth. I came back from a year in Paris in ’68-69 with my parents, and went to Monash University, a ‘radical’ campus when it was new. I was not a leader; I was still too young for that, but being radical was a trend. In Paris I had been knocked to the ground by the CRS, the riot police. Back home I went to all the demos. I refused to go to Vietnam, and Gough’s election in 1972 saved me from a court case that would have punished me for non-compliance with the draft.

Not everyone was radicalised in those radical times. The boring students in the Liberal Club were biding their time. We were the ones who were going to change the world, uttering the word ‘revolution’ with all the naïvity of youth. Some even headed off to South America in search of some real action. The tentacles crept out. The revolution spread to gender issues and then baby boomer Indigenous youth announced their survival and woke the rest of us up to the foundational injustices of colonial Australia.

And now, today, there is a moral panic about the ‘radicalisation’ of youth of an Islamic confession. It is not totally different. What the kids of today share with my generation is the yearning to define their own place in the world, to be allowed to make their own home and be allowed to do it differently from the common sense expectations of the broader society.

‘They come over here and they …’ Joe, at my Saturday arvo baseball game, lets the unfinished sentence fill up with all the imaginary sins of a new unknown migrants. I think I should ask him if he has ever had a chat with one of ‘them’. Or with his father who might have had, long ago, similar complaints about ‘dagoes’ and ‘wogs’ that have now evaporated.

‘Joe, did you ever talk …’ I start to ask, but he is already striding towards home plate. As clean-up batter with two runners on, he has a job to do. ‘No pressure,’ I yell out, to no-one in particular. Baseball is a game full of such supportive chatter. In this Adelaide suburb, everyone on the team, even the whole club, seems to be white.

It’s the concepts that matter. What used to be the positive value of ‘revolution’ – kids actively working towards a utopian future – has been fragmented into isolated acts now called ‘terror’, coming from outsiders. And ‘we’ can only react.

The meaning of the veil

How does one conceive of a woman with a headscarf? Such women have been subject to hateful acts, even in the anonymous diversity of shopping centres in Australian suburbs. The French ethnopsychiatrist, Tobie Nathan, whose new book The Wandering Souls I have just translated, sees the headscarf first of all as a concept. He calls it a ‘membrane’, based on the meaning of the word ‘hijab’. The veil is not a sign of oppression, the women wearing it would be the first to agree, but one of status, the status of a married or marriageable woman who has chosen not to hide, but to show:

…[a] young veiled girl professes and exhibits a philosophy; she proclaims that she belongs to a group whom she intends exclusively to endow with all her vitality, all her thoughts, all her love. Here the veil is not the mark of a repression of sexual life, but the announcement of a preliminary selection of candidates.1

The same concept is at work where the veil persists in ‘Western’ traditions in the form of the bridal veil that symbolises the division between single woman and wife, a ‘membrane’ she crosses by lifting the veil at the end of the ceremony as she embraces her new identity.

A woman of Islamic faith wearing a veil in a diverse Western society runs the risk of hate acts not because she has submitted to an archaic moral order, but because, according to Nathan, her clothing is actually a kind of fashion – that is, a way of presenting herself that distinguishes her from the common by being attached to a select group. That is what provokes the outrage: there is a principle in ‘our’ society that no-one is supposed to be sexually inaccessible.

‘They are like me’, says Tobie Nathan, also a baby-boomer, who arrived in Paris in the 1950s as a refugee kid whose family was expelled from Cairo after the Suez crisis. He grew up poor on a housing estate, like the ones where the youth of today are being ‘radicalised’ by Islamic extremists. He knows where they come from.

Later, like me, he was on the barricades in May ’68 in Paris demanding radical solutions (actually, I was more of a tourist on the sidelines, standing there amazed). The more militant were prepared to risk their lives to overthrow the regime of an older generation that was out of touch and failing to provide a viable future for our new ‘booming’ generation.

As an ethnopsychiatrist who has spent his career developing therapies suited to migrants and refugees, ‘wandering souls’ struggling to find a way to belong in metropolitan France, he knows what can cause people to seek desperate ‘radical’ solutions.

But most of his patients have been people like Bintou, a young woman of African extraction.2 The usual medication and therapies had done nothing to help her ‘psychosis’. But Nathan’s ethnopsychiatric clinic took her cultural background seriously. On her case he had one doctor in the group who spoke her language, Wolof. Another doctor used the divination technique of ‘throwing the cowries’, a technique that gained the young lady’s confidence and involved her in her own therapeutic process. This was perhaps no more ‘mumbo-jumbo’ than some of the Freudianism that had alienated her in other clinics.

The prescription that Nathan derived from the whole process was that she should ring her mother in Africa, and ask her to get the local healer to sacrifice an animal… This, along with other subtle actions, was carried out in due course, and the overall therapy was one of reintegrating a ’wandering soul’ to her family, community and ancestors. She was cured. Nathan’s insight is that Western psychiatry and medicalisation isolate the patient with their symptom (it becomes their identity), while his ethnopsychiatry externalises the symptom – it could be caused by the gods or someone casting a spell – and it is treated by procedures that reintegrate the person into their community (they regain their identity).

Pages: 1 2
This entry was posted in ESSAYS and tagged Stephen Muecke, Tobie Nathan. Bookmark the permalink.
Stephen Muecke is Jury Chair of English Language and Literature at the University of Adelaide, South Australia. He is a writer (a recent publication is The Mother’s Day Protest and Other Fictocritical Essays, 2016); cultural theorist (a special edition of New Literary History: “Recomposing the Humanities—with Bruno Latour”, 2016); has a long history of work with the Goolarabooloo people (a new edition of Paddy Roe’s Gularabulu: Stories from the West Kimberley appeared in 2016); and is a translator (Isabelle Stengers, Another Science is Possible, and Stengers with Tobie Nathan, Doctors and Healers, both 2018).