On Speaking and Unheard Women: Interrogating Classical Silence in the Poetry of Anna Jackson and Helen Rickerby 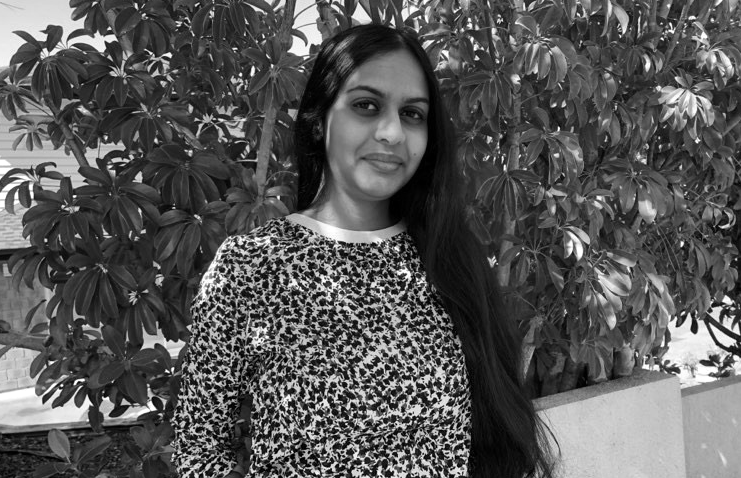 When we meet Cassandra in Aeschylus’s ‘Agamemnon’ – this stolen princess, this famed beauty turned ill-starred prophet, hauled onstage as Agamemnon’s prize for victory over the Trojans – she is silent for 270 lines. The first sound she emits is a cry, torn from her as from the throat of an animal. Transliterated from the ancient Greek, as classicist-poet Anne Carson does, the crash of syllables appears as ‘OTOTOI POPOI DA!’ (Untranslatable, Carson explains, yet not meaningless.) Then the future spills out of her in a rain of fragmented clauses:

This is the moment Cassandra foretells the bloody deeds to come in the tragedy, but when she starts to speak, her voice splinters; our ears unable to receive these shards of pure divine insight. The effect is terrifically unnerving.

I wanted to write about women and silence. Yet I kept circling back to Cassandra, perhaps not unlike how Cassandra kept circling back to herself: ‘What is it like to be a prophet? Everywhere Cassandra ran she found she was already there.’ (Anne Carson, ‘Cassandra Float Can’). I wanted to write about silence, and Cassandra speaks – quite famously in fact, still screaming to us down the hall of all those years. But one can speak and be unheard. Says Rebecca Solnit in ‘Cassandra Among the Creeps’: ‘The story of Cassandra, the woman who told the truth but was not believed, is not nearly as embedded in our culture as that of the Boy Who Cried Wolf – that is, the boy who was believed the first few times he told the same lie. Perhaps it should be.’ Apollo had granted Cassandra the gift of prophecy, so the myths say. When she refused to sleep with him, he twisted this gift. There’s a cruel irony in giving a woman words of power in a culture that muzzles her, then warping her speech so that it will not be heard. It’s not silencing, not exactly. Apollo ensured that Cassandra would not be quiet. She would speak and not be believed. She would speak and be met with silence.

In the first poem in Helen Rickerby’s collection How to Live, ‘Notes on the unsilent woman’, Rickerby references the #MeToo movement that shook the world to attention:

50. Since I began writing this poem, women have begun to speak. No. Women have begun to be heard. I don’t understand what happened, but suddenly things that we all knew – all women at least – became big news. Suddenly women’s words had the power to take down a Hollywood mogul, and who will be next? Suddenly the Law Society is shocked. ‘Why didn’t you say anything before?’ Why weren’t you listening?

What is speech when it meets a refusal to listen? Rickerby records the anecdote of Hipparchia, Cynic philosopher of ancient Greece, standing firm while a male rival tried to strip off her cloak at a dinner party, as if her woman’s body told an incontrovertible truth to invalidate her intellect, her wit, her words. Hipparchia was not the only ancient woman to be a philosopher, but ‘few had the opportunity, the education, the space, and of the few, fewer are remembered.’ It is the old story: history is the province of the Great Man, its parameters defined by that other man behind the pen. With its numbered stanzas, ‘Notes on the unsilent woman’ echoes a succession of footnotes; appropriate for a woman like Hipparchia, relegated to the margins as women too commonly are. Nothing is left of what Hipparchia wrote. But silence, Rickerby reminds us, is not always reflective of intention, of reality. ‘[S]ilence is sometimes an erasure. We don’t know much about her, but we know she spoke.’

It is a poem that both emphasises and compensates for Hipparchia’s silence, as Rickerby dialogues with Hipparchia (or with her missing voice) by interspersing observations about the philosopher’s life with her own. We watch as female poet interacts with female subject: ‘But I do have something to say. I want to say that she lived. I want to say that she lived, and she spoke and she was not silent.’ The poem captures this act in motion: this reclamation, this recognition – and yet, this lack of resolution, as conveyed by a final line coloured by wistful defeat: ‘Oh, but I still wish I knew what you said, Lady Butterfly. I wish I could hear your words.’

Where does it leave us to merely know that Hipparchia spoke, when we who want to hear can salvage nothing from her silence? Hipparchia’s writings are lost to us, though sometimes, of course, women’s words are not erased but mutilated. They are reviled because she is angry instead of ‘nice’, dismissed because she invited the well-worn epithets for female feeling: mad, dramatic, hysterical. ‘You’re mad – godstruck godswept godnonsensical’, the Chorus of ‘Agamemnon’ tells Cassandra, again in Carson’s translation. Mythology tells us little about pre-curse Cassandra. Did she laugh too loudly, talk too much? We see Apollo’s version, the raving witch. Cassandra may have refused to be violated by him, but she had a sliver of divinity lodged in her anyway. She had been given the art of prophecy, remember. The Christian God created man after his own image, but gods of ancient myth were always making things after themselves: they pursue and impregnate women who bear half-divine sons, sons like them. The sons set off to achieve great things, the mothers stare worriedly from the shore. Apollo failed to invade Cassandra’s body in this way, so he made her like him; exceptional, able to see what mortals could not. He possessed her mind so that prophecy was pain, poor godstruck girl. If her tale tells us anything, it is that being gifted is another kind of invasion. The way that being worshipped, being molded into muse or lover, is a kind of surrender.

Pages: 1 2 3
This entry was posted in ESSAYS and tagged Anna Jackson, Anuja Mitra, Helen Rickerby. Bookmark the permalink.
Anuja Mitra lives in Auckland, where she is finishing a Law and Arts degree majoring in English Literature and Classical Studies. Her poetry and prose have appeared in the New Zealand journals Signals, Sweet Mammalian, The Three Lamps, Mayhem and Poetry NZ, and her work was featured in the National Library exhibition The Next Word: Contemporary New Zealand Poetry in 2017-2018. She has also written theatre and poetry reviews for Tearaway, Theatre Scenes, Minarets and the New Zealand Poetry Society. She is co-founder of the online arts magazine Oscen.