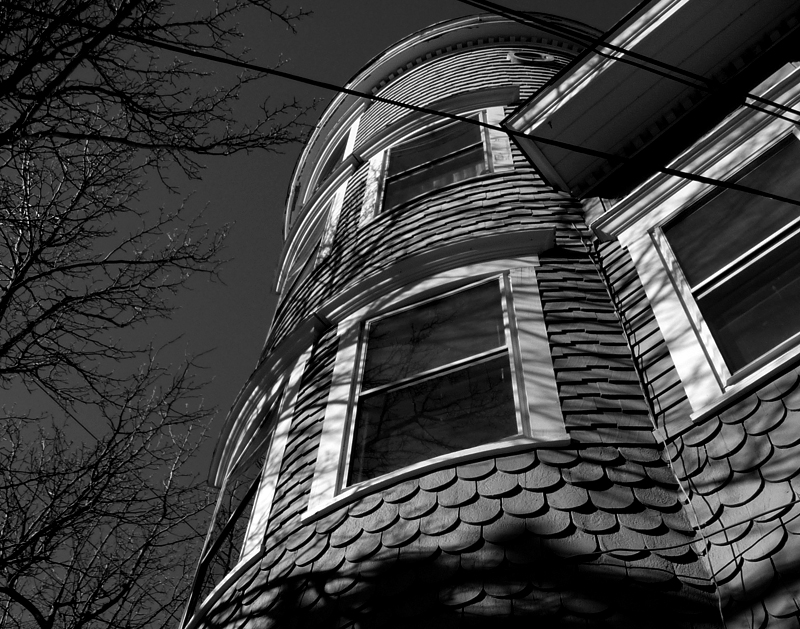 As the all-encompassing thematic concerns of the heavenly beings progress through the long-poem, the otherworldly message is extracted via increasingly frenzied (that is, involving less deliberate poetry and more immediate Ouija transcript) instalments of dialogue with the disembodied. The progression is only natural, since the souls contacted via the board are undergoing an evolution also, beginning with ‘the myriads/ Who hardly understand, through the compulsive/ Reliving of their deaths, that they have died’ (Merrill 6); then we move on to a superior dead human, Ephraim, who lived at the time of Caligula and who is now a spirit guide willing to instruct DJ and JM on the intricacies of the afterlife. During The Book of Ephraim, DJ and JM contact dead poets, friends, and other famous personalities; then, during Mirabell and Scripts, up the heavenly ladder they ascend, speaking firstly to fallen angels (especially their bat-peacock fallen-angel guide Mirabell), and then to archangels and finally on to Biology and Nature, the twin gods of the known universe. In true teleological fashion there is a beyond beyond those gods, but that is only hinted at, in a frightening fashion, when God B. (where the buck, perhaps rightly, should stop) says:

What the terrifying ‘IT’ that needs to be kept at bay is we may never know (most likely, considering further thematic concerns, I would hazard a guess that it’s a type of dark energy/nuclear threat existing outside of all godhead), but we certainly know that The Changing Light has, since its very first instalment, prompted much quizzical literary criticism due to its bizarre alleged origins and obtuse cosmology, not to mention the dubious parlour-game method of transcription or transmission. If James Merrill, an already established American poet, hadn’t penned this multi-layered millennial poem, I wonder whether the miraculous mishmash would have ever made it to the prestigious Knopf printing press.

The most compelling aspect of this trilogy overall (speaking in very general terms about a work that is so contrasting and dissimilar to itself within itself) is the surreal language employed throughout. The angels, shades and bats employ a type of free-verse, which utilises what we might now name ‘text-speak’ – that is, it is narrated in capitals, with vowels left out for the sake of speedy transmission when convenient. James Merrill’s ‘own’ voice, like that of his partner David Jackson, is presented in lower case and ranges in scope from the easy vernacular to quite formal language, often utilising a variety of formal poetic forms (Merrill) and theatrical interjections (Jackson). The dead, in direct contrast to the more elevated spirits, are generally stuck inside plain old iambic pentameter. Throughout The Changing Light – by stepping back, in a sense, from the construction of his own poetry – Merrill seems to be engaged in a process that might lead rather to the creation of a linguistic framework. When Merrill is crafting, he pieces together what he referred to in an interview with J.D. McClatchy as the ‘drunken lines of capitals lurching across a page, gibberish until they are divided into words and sentences,’ which would come out at ‘500 to 600 words an hour. Better than gasoline’ (Merrill, Prose 107). The spectres blurt a constant stream of gabble, and Merrill then digs up the bones and writes out the marrow of the messages. In The Changing Light, through the use of the ghostly capitals of Ouija-speak, mixed in with such formal, often verging on stiff, poetic asides, Merrill seems to be distilling words into alphabet symbols, or is at least playing with the building blocks of language and form to the extent of new meanings. In his 1989 essay on the epic long-poem: ‘The Metaphysics of Postmodern Death’, Philip Kuberski claims that Merrill has created ‘an original and revealed metaphysics founded precisely on the act of writing,’ containing ‘revelations that are found within the very annunciation of the alphabet’ (242). The process of crafting the floating, ephemeral, disembodied capitals of the spirits, mixed in with the very contained, distilled formal poetry of Merrill’s asides and reflections, creates an undeniable alchemy. This alchemical transforming of language is what, during my continued reading, began to hook on to my own poesis and drag me in – towards its siren song.

Like any writer wishing to be a poet, I’ve often thought about where the words might actually come from. The answer should be fairly straightforward (my own brain) and yet, as centuries of poetic theory has attempted to expound, it certainly doesn’t feel so simple. When I am writing, it doesn’t (initially at least) seem to be a conscious decision to choose certain words instead of others to fill my lines, or to place line breaks here or there instead of elsewhere. The San Francisco Renaissance poet Jack Spicer made a lot of sense when he spoke of poetry being transmitted via ‘Martians’ (The House that Jack Built 81) and not by his own volition. In my own practice this lack of agency sometimes gets so bad that, if I write a draft and leave it sitting for a few days, weeks, or especially months, when I return to it I can barely recall having written it – not to mention those times I’ve written something I might even like, only to discover I was haunted by the ghost of Jorie Graham (the poor man’s Jorie Graham, perhaps), or some other favourite, throughout. There have been a few mornings when I have suspected that someone else has been using my computer, saving files in my poetry folder under my name. As I still generally use the old-school ink method of transcription (and handwriting, as we all know, is individual) there can be no doubt I did scribble that poem late last night even if, in the light of day, it doesn’t read like mine. And yet I’m not myopic enough to assume that ‘my’ best poetic moments arrive from the space I call my mind alone.

Jack Spicer is an interesting poet to examine in terms of agency and authorship. His ideas about our lack of individual sovereignty, delivered in the infamous Vancouver Lectures, are startlingly similar to the way I might think about the production of poetry, and also share some similarities with Merrill’s practice. As a West Coast American ‘almost Beat poet’ of the 1950s, who co-founded the Six Gallery, Spicer ascribed his poetic spark to transmissions from the outside, creating a poetry formed by the other – a poetry of otherness. The Vancouver Lectures, collected together by Peter Gizzi in The House that Jack Built, posit a curious insight into where poetry, or at least all worthy poems, might actually come from. While Merrill was playing around with authorship – supplementing his own voice with voices both human and divine, mixing what he considered his own poetry in with that of his mentors and other-worldly superiors, Spicer was formulating an idea that any poem that is a true poem, written with the natural voice of the poet, comes utterly from outside the poet, and is actually dictated by ‘the green Martian spook’ (81). Indeed the processes of Merrill and Spicer do, in some ways, contain a very striking similarity, which is concisely summed up by Peter Gizzi in the introduction to The House that Jack Built. Speaking of Spicer’s practice, Gizzi states: ‘By being purposefully inexact and giving a paucity of detail and slightly bizarre examples of poetic composition … Spicer allows for a meaning that is much more unwieldy than a more systematic thesis would allow’ (vii). Gizzi goes on to say that Spicer ‘allows contradictions to arise – particularly the contradictions that his poems themselves manifest. In doing so, he creates emptiness, a centre, which no one can own’ (vii). This deliberate creation of the vacant centre is, of course, an undertaking similar to Merrill’s deference to his Ouija board.

The parallel existing between Jack Spicer’s ideas about transmission with Merrill’s Ouija board practice, which began in the early 1950s – years that were to be Jack Spicer’s final ones – is slight perhaps, but nevertheless remarkable. It is perhaps also no surprise that both poets acknowledge a strong debt to W. B. Yeats and his experiments in automatic writing. ‘The idea Yeats started out,’ claims Spicer, in his first Vancouver lecture, ‘is that essentially you are something which is being transmitted into.’ He further claims that the objective when writing poetry is to ‘clear your mind away from yourself’ (7). Spicer’s true poetic authors – be they ghosts, ascended masters or aliens – are undoubtedly otherworldly and disembodied. In Spicer’s Vancouver lectures, the reader is confronted with the idea that poetry is ultimately something else: that is, not a product of the poet’s ‘own’ body or mind. Such philosophies, with, admittedly, less of a supernatural bent, continue to underpin early 21st century post-humanist literary theory.

In a similar vein to Spicer, when Merrill wrote out his dead and angels, be they fallen bats or arch blasts of light, he invited the reader to believe he was not involved in an act of creation, but in an ancient method of cosmological dictation. He used an aid, a prop: the talking tool of the Ouija board that spelled out the poems for him, letter by letter. Time and again, throughout Merrill’s endless interviews on the authorship of The Changing Light, the reader is asked to accept that the many voices are, in fact, the musings of disembodied spirits. ‘It’s not me saying those things’ (423), he casually asserted during an interview with Charles Buckley in 1992. Whether his voices were those of quotidian or famous deceased humans throughout history, or demonic or angelic spirits, Merrill continuously claimed that the divine messages were actually other to those voices belonging to himself or his partner, David Jackson.

Helen Sword examines the process of naming voices other to the self as the true authors of a work in her book Ghostwriting Postmodernism. Sword views Merrill’s chosen method of transcription as ‘a display and an abdication of literary and spiritual authority, affirming the special selection of its mediums even while conveniently displacing the very act of authorship’ (553). This bizarre claim of origins has predictably caused explosions of controversy throughout the literary (read: more sceptical) world. Dean Flower states in his article ‘James Merrill’s Voices’: ‘Nobody wants to believe that the “spirits” heard through the implausible-sounding device of the Ouija board – isn’t that a parlour game? – have any reality external to the minds of their transcribers’ (275). Throughout the poem even JM and DJ don’t want to believe it:

Pages: 1 2 3 4 5
This entry was posted in ESSAYS and tagged Charles Buckley, David Jackson, Devin Johnston, Ivy Ireland, Jack Spicer, James Merrill, W B Yeats. Bookmark the permalink.
Ivy Ireland is the author of Incidental Complications (2007), Porch Light (2015) and The Owl Inside (2020). Ivy’s literary awards include the Australian Young Poet Fellowship, the Harri Jones Memorial Prize, the Thunderbolt Prize, the Newcastle Poetry Prize local award, and she was runner-up in the UC International Poetry Prize in 2019. Ivy completed her Ph.D. in Creative Writing at the University of Newcastle and her poetry, essays and reviews have been widely published in journals and anthologies such as The Anthology of Australian Prose Poetry, Cordite, Overland, Mascara, Going Down Swinging, The Blue Nib, Blue Dog and Plumwood Mountain.