Stand-up Comedy: A Scene of Paradoxes 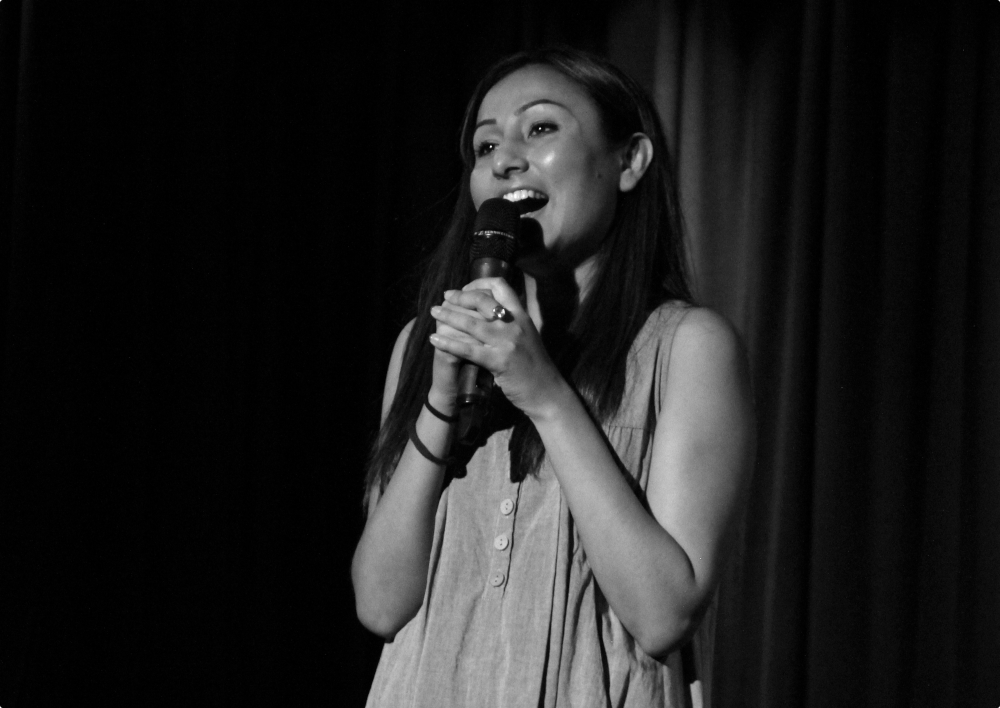 After one year, 80 gigs and countless nights worrying, I finally told my parents I did stand-up comedy. As the daughter of first generation migrants from India, I’ve always felt like I’ve been living with a dual existence, especially while following and fostering a career in the arts. Like poetry, which I studied passionately at university, what I love about comedy is its ability to explore and express paradoxes, an art form which in itself carries irresolvable contradictions. I’ve been writing and performing stand-up for five years now and in this essay I outline three areas of comedy which include at the same time as they elude, binary thinking. While there is a disproportionate lack of academic writing on comedy (dating back to the Ancient Greeks), people have long been pondering the question of what makes us laugh. Speaking from my first-hand experience and research, I will explore this question with regard to the process of writing and performing comedy, navigating the politics of performing as a woman of colour, and ultimately co-creating each performance with a different audience.

When I started comedy, I found its honest accessibility, a refreshing change from the academic hierarchies which often govern other art-forms. Due to its populist nature, stand-up comedy is sometimes considered the ‘most democratic of art forms’ (Lintott, 2020, 397). You don’t need any qualifications to understand comedy as an audience member and virtually anyone can try stand-up comedy by signing up to one of many open-mic nights in the city, for free. However, this very anti-institutionalist nature of comedy made it difficult to learn, there was no method except to simply go out there and practice in front of judging audiences. Although it is growing in popularity, comedy is difficult to analyse using the traditional academic methods used to discuss other art forms, due to its use of colloquial language and because its success depends so heavily on changing audiences (Brodie, 2020). In this way, stand-up comedy is elusive. Part of the mastery and technique of a seasoned stand-up comic is to make the act seem effortless. When you watch a great stand-up, it is as if they are re-telling their stories for the first time, to you as a friend. As Ian Brodie identifies, a comic’s ‘technique and mastery’ when interacting with different audiences is as much a part of the act, as the ‘generation of material’ (2020, 402). No other art form is so dependent on particular audiences, with the ultimate goal to be as natural and carefree as possible, on stage.

Furthermore, ‘unlike other aesthetic modes, comedy does not translate or age well’ (McGowan, 2017, 3).

Comedy is highly contextual and what might have been ground-breaking, novel and hilarious in the 1950s, rarely has the same effect today (with the exception of physical comedy due to its instantaneous nature). As McGowan identifies, ‘part of the joy of comedy involves giving oneself over to the immediacy of the experience’ (2017, 3). Nothing can really replace the experience of being in a live comedy venue, watching an act with the particular audience that has gathered to the event. The fleeting nature of the comic moment or event is comprised of much more than simply the written comic material (for example, the venue, the audience, the other acts on the line-up all vary the outcome) and this makes it difficult to universally theorise stand-up comedy (McGowan, 2020).

So then, what makes something funny? There are some general rules to writing comedy that I’ve found useful. In most cases, we laugh when a comic surprises us (McGowan, 2017). This usually happens when two disparate ideas are paired together in an unexpected way, also known as one of the three classic theories of comedy, the ‘Incongruity theory’ (Keisalo, 2018, Green and Linders, 2016, Tully, 2017). For example, Melbourne comic Sashi Perera creates an unexpectedly funny link between the disparate ideas of sunscreen and colonisation:

My partner, he’s white. For those of you who don’t see colour, I’m brown and I find white people wildly confusing. I watch him put sunscreen on in winter and I think ‘How did your people, so successfully, colonise so many countries?’ Was it a night time raid? Is this why you always ‘strike at dawn’? I thought it was a military tactic, turns out it’s skin protection.’

The other two classic theories of comedy are referred to as ‘Superiority theory’, where an ‘in-group’ laugh at the expense of an ‘out group’, emphasising comedy’s ability to further segregate people (Green and Linders, 2016, 243), and ‘Relief theory’, first coined by Freud as a release of tension or superfluous energy (Keisalo, 2018, 118). Australian comic Hannah Gadsby in her famous special Nanette, refers to the essential structure of a joke in a similar vein, as the artificial development of tension and release (Giuffre, 2021, 29). Comedians also often use irony or word-play to convey a funny truth. For example, Melbourne comedian Jonathan Schuster’s joke actualises what is funny about the line, in the sentence itself, and we laugh with recognition:

A popular way of understanding the comic character is as either an ‘insane person in a sane world, or a sane person in an insane world’ (Keisalo, 2018, 123). Australian comedian Anne Edmonds often embodies both of these scenarios. When performing as her much-loved character Helen Bidou, we see an unnaturally tanned, highly strung and outrageous woman in a bright sarong, confronting everyday situations, comedically. However, when Edmonds performs as herself, the situation is reversed and audiences laugh with her as she uncovers relatable truths:

I did the lockdown with my partner, we’ve been together for two years but after that lockdown it feels like we’re about to celebrate our golden jubilee.
(2021, MICF Opening Night Comedy All Stars)

Pages: 1 2 3 4 5
This entry was posted in ESSAYS and tagged Aaryn L Green, Anne Edmonds, Annulla Linders, Elise DeCamp, Ian Brodie, Jonathan Schuster, Lawrence Leung, Marianna Keisalo, Ronny Chieng, Sashi Perera, Sheila Lintott, Urvi Majumdar. Bookmark the permalink.
Urvi Majumdar is a comedian, writer and producer living and working in Naarm. She has work published in Cordite, Rabbit and Verge journals. She has created and performed in four shows for the Melbourne International Comedy Festival and has credits on screen and stage including the character of Gwen Albridge on Channel 9's Metrosexual. She also works as the Creative Workshops Producer at Footscray Community Arts.