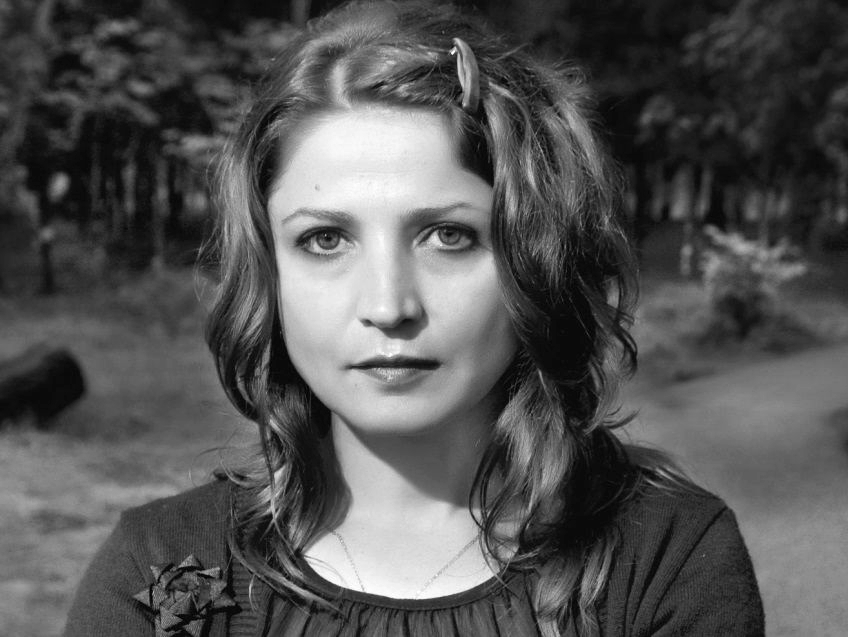 So much of my process of translating Luljeta Lleshanaku’s poems is the story of my relationship to language and writing. I have always loved and felt at home with both. My favourite class in high school was literature, though I didn’t particularly like reading. I hated poetry and didn’t understand it. The Albanian poetry we read in the 1980s and early ’90s was always patriotic, praising the party, hermetic; I couldn’t relate to it. But I loved the exams in this class, which often included compositions. I couldn’t wait to find out what the topic was going to be, and my favourite thing was facing the lined paper and the whole class going quiet.

When I moved to the US, the shift to using another language to express myself presented a new challenge, but a welcome one, because as I was learning and becoming more confident in English I was also beginning to love literature – poetry, in particular – for the first time in my life. However, everything I learned about poetry and writing in those years in college, and throughout my MFA, paled in comparison to what I learned about it through translating Negative Space. I have learnt that I have something to say, and can articulate myself best when I have a pen in my hand. I have learnt that the person I am when I write poems is the same person I am when I translate, or write an essay, or an op-ed. My goal is the same: to distil the truth I receive through a text, or through the imagination, rather than attempt to capture it accurately, although I must always take utmost care to be accurate.

I have always enjoyed the revision process, although it’s not my favourite thing about writing. I take all the time I need with revisions until I think the piece is done. But when I became a translator, I discovered I hadn’t been patient enough. Instead of labouring over what to say, now I must pay more attention to how I say something. Translation has made me a better negotiator of thought, more attentive and more sensitive toward each utterance.

What first drew me to Lleshanaku’s poetry was its kaleidoscopic effect. Whichever page you read in the book, you get the same sensation – there is the possibility of seeing deeply into a subject, an opportunity to look far ahead, then up close again, a clarity you arrive at only by looking at something from many angles. I am not a photographer or a filmmaker, but in reading Lleshanaku I have become more aware of the visual power of her writing: I have learnt when to zoom in to capture a still shot (the situation) and when to zoom out to capture the whole panoramic view (the implications of the story that situation is trying to tell). Some poems begin by first building a mood that draws you in. Such is the case with the opening of ‘Fishermen’s Village’. You want to know what happens in this world where all the windows look seaward. What happens inside those houses? At the end of this poem, the narrator zooms in on the characters’ lives, only to zoom out again to show that, historically, we all suffer more or less similar fates.

Some of the most challenging parts of translating Negative Space involved Lleshanaku’s use of similes, imagery, and line breaks. Lleshanaku is an original and masterful simile-maker. And, because one image builds on another to construct a simile (to construct a world) I had to slow down through the many drafts of my poems to capture, recreate, sometimes even to lose, wilfully or not, a particular image or phrase for the sake of the overall message. I experienced lots of failures in the process. First of all, because English is not my mother tongue, there were some instances in my first drafts where I had translated too quickly, and therefore was too close to the original, so a phrase sounded foreign, or translated, or not idiomatic. I am grateful to my editors, Jeffrey Yang and Neil Astley, and sometimes Luljeta herself, for catching some of these translation bloopers.

I became Luljeta’s translator because I fell in love with the work and wanted to share that work with a wider audience. But in the process, I discovered what hard and humbling work translation is. Humbling in the sense that, at first, I came to translation thinking I had two advantages: Albanian was my mother tongue, and I already wrote poetry, so I thought I had all the skills I needed. But Albanian is a difficult language to begin with, and my English, although proficient, is still far from smooth when it comes to quickly finding the right idiomatic expressions. And the fact that I wrote poetry, although very useful, was not an automatic advantage: being able to write poetry does not mean much unless you are willing to take the time to listen to someone else’s voice and render that voice believably in another language.

When I read Luljeta’s poems I could hear her argumentative voice clearly, though at times this voice is quite subtle. What helped me to recreate that voice, in a way I hope sounds authentic, was paying careful attention to her line breaks and punctuation, and really listening to the shifts in the syntax. When Luljeta puts a question mark somewhere, will the same punctuation create the same ironic tone in English? Or do I need to be more direct, and change the question mark to an exclamation mark, or even make the sentence declarative? Indeed, what is ironic in one language may come across as absurd in another. All of these questions emerged without warning from the poems, and suddenly I had to start paying attention to things I hadn’t given much thought to before.

But I also discovered joy, mainly in the liberty Lleshanaku gave me in translating certain challenging images. In one image from the title poem, the author imagines the night her parents conceived her. A literal translation reads:

‘Wasps in the retina’ sounded too literal in English, and probably absurd to a reader. The image of wasps isn’t meant to be read literally, here; it is understood in Albanian in the same way we say grerëza or miza-miza, if your foot or hand goes numb – you feel ‘flies-flies’ – which suggests both a rhythmic sound and a vibration. In this instance, ‘wasps in the retina’ was a metaphor for orgasm. I didn’t want this metaphor to be lost, so I translated it as ‘a buzz in the retina’, hoping this was both as fresh and suggestive as the corresponding image in Albanian. My other challenge lay with the word ‘underwear’. The English term is so banal, and alternatives like ‘lingerie’ sounded superfluous and not at all natural; they failed to capture the casual sense of the Albanian word mbathje, used in the original. So I decided to cut the word altogether, allowing the power of suggestion (and a subtle addition of red lace) to do the work for me. The published version reads:

In his citation for the International Crystal Vilenica Prize, which Lleshanaku won in 2009, Forrest Gander (who has just won the 2019 Pulitzer Prize for Poetry) beautifully described what I see as Lleshanaku’s line break trademark: her lines “stretch out and suddenly retract into fragments with the sensitivity of snail horns.” I tried as much as possible to stay true and consistent to this aspect of the form of her poems.

In The Woman with the Five Elephants, a documentary on Svetlana Geier (Dostoyevsky’s German translator), Geier memorably describes the mind in the act of translating. ‘A translation,’ she says, ‘is not a caterpillar crawling from left to right. A translation always emerges from the whole. One has to make the text entirely one’s own. Internalise it. Stick your nose up in the air when you’re translating!’ It’s one of my favourite moments in the film. I think when translating someone’s work for so long – or, rather, translating so many poems by the same poet – you learn to be more patient and more sensitive with language. This isn’t so different from the patience and sensitivity I seek, as a writer, in rendering my own experiences on the page. This is something the art of translation has given back to me.

Pages: 1 2 3 4 5 6
This entry was posted in TRANSLATIONS and tagged Ani Gjika, Luljeta Lleshanaku. Bookmark the permalink.
Ani Gjika is an Albanian-born poet, literary translator, and author of Bread on Running Waters (2013), a finalist for the 2011 Anthony Hecht Poetry Prize and the 2011 May Sarton New Hampshire Book Prize. Gjika is the translator of Kosovar poet Xhevdet Bajraj’s play Slaying the Mosquito (Laertes 2017), and her translation of Luljeta Lleshanaku’s poetry collection Negative Space (Bloodaxe Books, New Directions, 2018) received an NEA grant, an English PEN Award, and was a finalist for a PEN Award for Poetry in Translation. She teaches at Framingham State University and Massachusetts International Academy.


More by Ani Gjika on Cordite Poetry Review →
Luljeta Lleshanaku was born in Elbasan, Albania. She grew up under house arrest during Enver Hoxha’s Stalinist regime. Lleshanaku has worked as a lecturer, literary magazine editor, journalist, and screenwriter, and is currently the research director at Tirana’s Institute of Studies of Communist Genocide. She is the author of eight poetry collections published in Albania. Her books have received many national and international awards and have been translated into several languages. The collections Fresco: Selected Poetry (2002), Child of Nature (2010), and Negative Space (2018) were published by New Directions. In 2018, Negative Space was nominated for a PEN Award for Poetry in Translation.