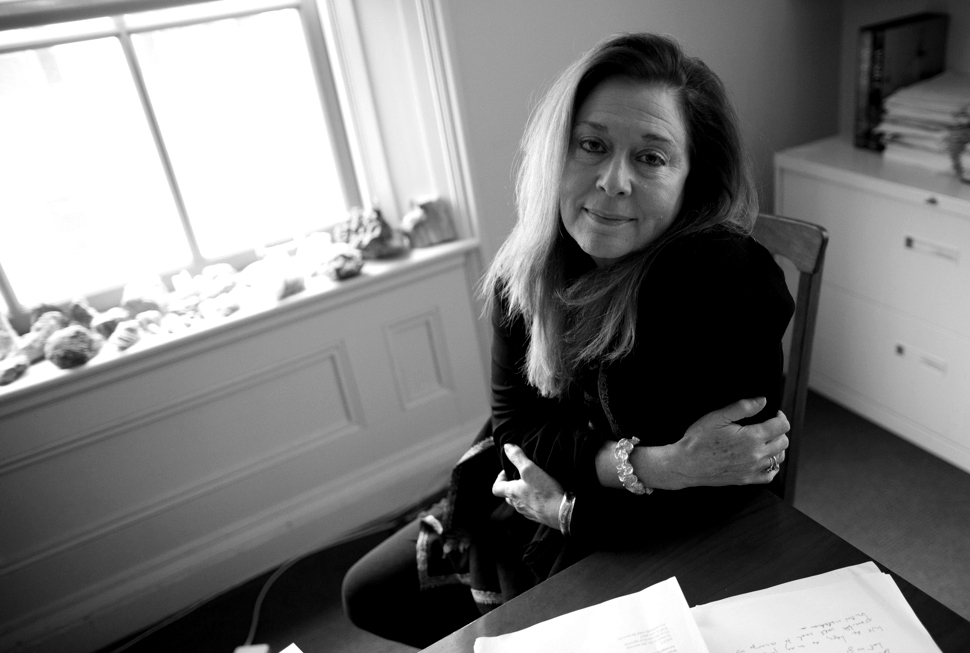 ‘… nobody seriously considers possible alternatives to capitalism any longer, whereas popular imagination is persecuted by the visions of the forthcoming ‘breakdown of nature’, of the stoppage of all life on earth – it seems easier to imagine the ‘end of the world’ than a far more modest change in the mode of production, as if liberal capitalism is the ‘real’ that will somehow survive even under conditions of a global ecological catastrophe … ’1

‘ … how can imaginative, responsible, meaningful agency thrive in such a complex and perilous world, fallen many times over, hardly off its knees when it comes to matters of hope?’2

In late 1965, three years after the Cuban missile crisis, when for the first time it seemed possible that the human race might be about to be wiped out en masse by its political leaders, Frank Kermode gave a series of lectures on the history of the apocalypse in European literature, published the following year as The Sense of an Ending. He examined the recurrent belief that we are living in the end times; that we have been singled out for annihilation, whether in fulfilment of Biblical prophecies or for some later reason. He was particularly intrigued by the way that these beliefs survive almost subliminally in secular texts: ‘… changed by our special pressures, subdued by our scepticism, the paradigms of apocalypse continue to lie under our ways of making sense of the world’ (Kermode 2000, p. 28). In an epilogue to a second edition of the book, ‘prompted by the approach of the millennium’ (p. 181), he adds another dimension to the terror of annihilation: ‘As St Augustine observed, anxieties about the end are, in the end, anxieties about one’s own end; he was long before me in suggesting that apocalypse, once imaginable as imminent, had the capacity to become immanent instead.’ Kermode identifies not just the Cuban missile crisis, but the assassination of President Kennedy and the Cold War as lying behind his original concerns with the nature of apocalyptic thinking and – writing in the years before the threat of catastrophic climate change became widely known – he detects a lessening of anxiety in relation to the Bomb. After all, he says, ‘the apocalypse can flourish on its own, quite independently of millennia’ (p. 182).

The relative optimism of the millennium – all that global partying – sixteen years later looks almost quaint. The overwhelming majority of the world’s scientists now understand that climate change – irreversible and accelerating – is with us now, rather than in some hypothetical future; and the world’s governments have so far been unable to institute anything approaching an adequate response. Bill McKibben, whose thinking has always attempted to incorporate some grounds for effective action into his warnings of the imminence of catastrophic climate change, writes in a recent book that ‘The planet on which our civilization evolved no longer exists’; and he records the current impacts of climate change in appalling detail (McKibben 2010, p. 27). His final chapters outline some strategies for inhabiting this dangerous new world: reducing energy use, returning to small-scale, mixed farming, cutting back on long-distance travel, and an internet-based renaissance in local community-building. There is a disjuncture, however, between these modest proposals and the sheer scale of the unfolding ecological catastrophe which he describes. Despair, in times like these, seems entirely rational.

Between September and November 1939, Walter Benjamin, already a refugee from Hitler, was interned in France as an enemy alien. On his release he returned to Paris. His final work, ‘On the Concept of History’, is thought to have been completed by May 1940, with the Nazi armies preparing to invade. Benjamin had refused to leave France earlier, and it was now almost too late. It was a time, in other words, when the personal and the political were combining to produce a grim prospect: not mass extinctions, but the probable victory of fascism, and, for a German Jew living in France, the likelihood of being rounded up by the Nazis in the not-so-distant future. He was writing, effectively, from within the apocalypse, both in its traditional sense of a great revelation or disclosure, and in the sense of an overwhelming catastrophe.

Benjamin attached great importance to this text. He wrote to Gretel Adorno in late April or early May 1940: ‘The war and the constellation that brought it about led me to take down a few thoughts that I can say that I have kept with me, indeed kept from myself, for nigh on twenty years.’ At the same time, however, he recognised their apparent fragility as political argument: ‘Even today, I am handing them to you more as a bouquet of whispering grasses, gathered on reflective walks, than a collection of theses’ (Eiland and Jennings 2014, p. 662). By means of a detailed analysis of the terms used within the theses, Sigrid Weigel has claimed that they ‘do not so much set out an historico-philosophical programme as present reflections on conceptualisations of history, or thought-images on the way history is conceived’ (Weigel 1996, p. 50). Reflections, thought-images, whispering grasses: this text is unlikely to present a conventional academic argument. Benjamin once said – ruefully or otherwise – of his own working methods, ‘I have never been able to do research and think in any sense other than, if you will, a theological one, namely, in accord with the Talmudic teaching about the forty-nine levels of meaning in every passage of Torah. That is, in my experience, the most trite Communist platitude possesses more hierarchies of meaning than does contemporary bourgeois profundity, which has only one meaning, that of an apologetic’ (Benjamin 1994, pp. 372-3). It is a position, if it can be described as such, which is reminiscent of the old joke about Italian communists treating Marxism in the same way that they treat traffic lights: not as a dogma but as a guide to action. In 1932, with his phrase ‘trite Communist platitude’, Benjamin managed both to abuse Communist dogma while at the same time elevating it above the entirety of bourgeois culture: at once validating it and refusing absolute solidarity – a nice example of his way of working.

‘On the Concept of History’ is accordingly a complex, multilayered text, in which a critique of Stalinism may inhabit an image which can also be read as an analysis of the failings of the German left, and even as self-analysis, an introspective, unsparing interrogation of the writer’s own sense of his own failures and those of his friends. Not only does the work contain uncountable layers of meaning; it also repulses any attempt at developing a consistent line of interpretation. ‘What is it,’ asks Andrew Benjamin at the beginning of his own reading of ‘On the Concept of History’, ‘to read a disjointed text?’ (Andrew Benjamin 2013, p. 162); and insofar as he answers his own question, he describes the task as ‘potentially endless’ (p. 193).

I will first attempt to develop one possible reading of ‘On the Concept of History’, taking for granted that any such reading exists alongside – and may even contradict – other more familiar interpretations. The second part of the article will follow this line of thinking in approaching Jorie Graham’s Sea Change, a collection of poetry that explores the catastrophic possibilities of global warming.

In August 1938, Benjamin made notes on a conversation with Bertolt Brecht, with whom he had a long and combative friendship. Brecht left Germany in February 1933, the morning after the Reichstag fire, and arrived in Denmark in June. Benjamin was a regular visitor until 1938. Every couple of years he would spend part of the summer staying just down the road from the Brecht family, and the two men played chess every day (Wizisla, p. 59; Parker p. 330). In the 1938 conversation, Brecht was explaining, passionately, the importance of his ‘Children’s Songs’ cycle:

In the struggle against them (the fascists), it is vital that nothing be overlooked. They don’t think small. They plan thirty thousand years ahead. Horrendous things. Horrendous crimes. They will stop at nothing. They will attack anything. Every cell convulses under their blows. So we mustn’t forget a single one. They distort the child in the womb. We can under no circumstances forget the children.

Benjamin goes on to record his own silently mutinous response to Brecht’s dystopian vision:

While he was talking, I felt moved by a power that was the equal of that of fascism – one that is no less deeply rooted in the depths of history than fascism’s power. It was a very strange feeling, wholly new to me. (Benjamin 2002, p. 340)

At the time, he does not go on to articulate the nature of his disagreement, either to Brecht or in his own notes.

The friendship between the two men, and the intellectual engagement with each other’s work, continued. In early 1939, Benjamin published a commentary on a number of Brecht’s poems, including ‘Legend of the Origin of the Book Tao-te-Ching on Lao-tzu’s Road into Exile’, in which the sage’s philosophy is summarised:

Benjamin identifies friendliness as the core of the poem: the sage’s delicate good manners, his willingness to render ‘a great service as if it were trivial’. He goes on to say, ‘The poem was written at a time when this statement rang in the ears like a promise nothing short of messianic … (It) teaches us that we should not lose sight of the inconstant, mutable aspect of things, and that we should make common cause with whatever is unobtrusive and plain but relentless, like water’ (Benjamin 2003, p. 248). Benjamin uses Brecht’s lines, here, in beginning to develop his argument against Brecht’s earlier line of thought, the plans for ‘thirty thousand years’ of domination. Hope may be as common as water.