I return to the mainland for the last pause of my journey. (Re)tracing previous journeys also implies imagining journeys to come. It implies putting into words some of the possible futures, beyond the current scandals surrounding water management in Murray River Country and the doom-filled prophecies of politicians. Sound shifts and reconfigures how I perceive watery areas near the Mouth. It invents and sustains new languages of care which are cognisant (rather than defiant) of environmental degradation. These languages do not occupy these watery spaces, but nurture them.

But watery spaces also speak for themselves. Atmospheric rivers stretch for thousands of kilometres; they account for over 90 per cent of the global water vapor transport. They travel from the tropics, and drench coasts from North America to Europe. They pour and scream with floods over the ‘quiet conjecture of data’ (Dyson 149) produced about Lower Murray Country’s lack of waters. Uprooting floods scream for bygone nourishing rainfalls. Extreme precipitation is occurring at an increased rate. Rhythms are bolting. Cycles are disturbed: rivers in the sky must loudly compensate for the silence of rivers on the ground. North America receives the water that disappears before reaching the Mouth. Pacific islands sink while Lower Murray Country dies of thirst. 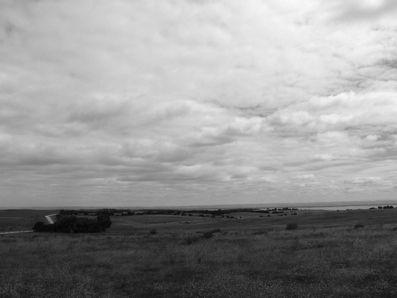 In recent years, there has been an amplification of relational and mimetic compositional processes: beyond the desire to make histories audible, stands the desire to (de) or (re)compose waters – to thwart compositional perspectivism and use multivocality to remove hierarchies, and to destabilise the fixity and compartmentalisation of environmental concepts. Performatively constituted and geo-temporally located, these processes require listeners to adjust to sound: to take measure of the changing nature of what is happening around them from a sonic perspective. It has been argued that ‘we seem to know how to hear from birth. But in a certain sense, culture causes us to unlearn this natural hearing’ (Zender qtd. in Schulz 14). In a way, site-specific compositions encourage listeners to learn how to hear again. They (re)create multi-species collaborations through artistic collations, giving listeners a glimpse of sonic symbiose between environmental and instrumental sounds. Site-specific compositions thus act as ear-opening journeys: colonialism’s monological auditory imaginary fades away – polyphonies are (re)discovered. The work of sound artists and / or poets such as Jesse Budel, Mike Ladd and Elwyn Dennis demonstrates how, through music, these connective and cumulative polyphonies can be brought to the fore and heard – even if unbalanced – and how this unbalance can be denounced.

Their site-specific compositions exemplify how noise is never simply noisy, but forms part of a relational complex of sounds, each with a meaning and an impact its surroundings. Everything is contained everywhere. Every drop of water contains the imprint of others in its composition; and what impacts it radiates too. Parenthetical sounds – sounds that have, until recently, been ignored by the colonial imaginary – (re)emerge: they pass through the body and acquire (become) meaning. I am reminded of Glissant who articulates parentheses as breathing spaces (L’Intention 50): these sounds evoke the breath of waters. Their progressive (re)inclusion into the score of Country prefigures the listeners’ auditory (re)integration within their sonic environments. These site-specific works are recorded dialogically; they record relationships – between composers/artists and the environments (through extensive fieldwork, including community engagement and recording), but also between larger networks: recently, sound artists have been collaborating with scientists. Major pieces that caught global attention, such as Matthew Dewey’s Symphony No. 2: Ex-Oceano and John Luther Adams’s award-winning symphony Become Ocean, illustrate these exchanges. Such endeavours bear witness to the mutual feeling that there is a need to find other ways to express – record and convey – a message (an urgency) that is not being heard; to capture a ‘resurrected ocean-based spatiality’ (Wilson 64) that is – once again – seen as defining the shape of the future on this blue planet: the Toute-eau speaks. 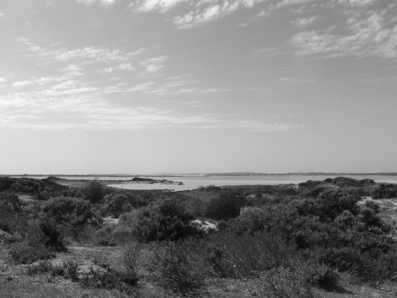 These compositional processes are nothing short of creolisation: they represent ongoing creation in (musical) language through accumulations and deformations. Glissant argues: ‘(c)reolisation is not a synthesis. … what it creates is new, unheard-of, and unexpected’ (‘Conclusion’ 291). Creolisation is here used metaphorically, or even symbolically. It no longer (solely) refers to the Caribbean but is amplified to a global state – to the ineluctable fate of the entire world. The deracination spreads worldwide and acquires positive connotations. Differences simultaneously and endlessly collapse, while at the same time, an irreducible and tangled diversity emerges from former absolutes. Such a de/rerouting of the term has been criticised because of its historical racist origins in the slave trade, but its strength precisely resides in this history: the reappropriation of the term permits the transition from a paradigm rooted in race to a métissé-rhizome model. It reflects one of the biggest, and most undervalued, impacts of colonisation. As postcolonial scholar Edward Said writes: ‘(n)o one today is purely one thing. Imperialism consolidated the mixture of cultures and identities on a global scale. … Survival in fact is about the connections between things’ (408). Such an understanding of creolisation translates ‘the passage from the all-encompassing world of cultural Sameness, effectively imposed by the West, to a pattern of fragmented Diversity’ (Glissant, Caribbean Discourse 91). No longer about exclusions but about relations and exchanges, this creolising turn reflects an ethical moment (Glissant, Introduction 11). Unity-diversity – an infinity of interconnected diversity – emerges. Humans are not ‘being as such but rather a being or beings in constant flux’ (37). This ongoing reconstitution also touches the more-than-human and the abstract. Ecosystems and thoughts are creolised. Both are constantly evolving under rapid and diverse pressures: the introduction of non-endemic, invasive species has reshaped Australian waterscapes; the tentative imposition of monolingualism has forced ‘other’ languages and knowledges to compose themselves around illegality, denigration and exclusion.1

Creolisation signifies adapting, circumventing – finding different openings for new forms of expression. It implies being simultaneously opaque and open to the world. It implies in-betweenness. And this sitting (or positioning) represents a strength. Being in between means being able to connect: rather than a divide, in-between waters act as a link. They illustrate hyphenated histories and practices. They produce and reveal entanglements. At this stage, it is worth restating Said’s quotation: ‘(s)urvival in fact is about the connections between things’, between entities, but also between environments and cultures in general. Further than providing mechanisms for survival, these connections reflect mechanisms for thriving. Such entanglements indeed generate reciprocal, co-constituted sustainability, where cultures and environments engage ‘in a perpetual dance of co-constitution’ (Chen et al. 13). It then becomes evident that ‘the environmental crisis is a failure of culture’ (Allen 414). The move from sameness to diversity represents a sustainable turn because it foregrounds dynamic, grassroot exchanges. In its modes of production and diffusion, sound art connects: it feeds off the global while retaining the local; it speaks through times and spaces; it fosters the meeting of (supposedly) disparate elements and, in bringing them together, it demonstrates their intertwinement. These creolisation-generating/supporting compositions encourage sonic perceptions of the Toute-eau which sketch the premises of holistic yet local approaches to environmental design and management. As its components are constantly re-invented and subjected to competing claims in terms of audibility, sound art favours an ongoing (re)creation of waters and how we relate to them. The creolising tendencies displayed in this musical genre act as a way of (re)learning how to hear waters and site-specific ecological literacies – how to live with(in) watery environments.

Creolisation, as constant change, generates an ethics of permanent making, in all its nuanced savagery and excess. As it steers away from restoration and instead favours creation or reinvention, it dives into what author Patrick Chamoiseau has qualified as ‘the unthinkable’: a ‘source and resource for new effervescences in our imaginaries’ (323). The unthinkable does not mean that it cannot happen; it simply reflects the fact that it is impossible to foresee the outcomes of exchanges. While imagining the unthinkable might be considered utopian, these thoughts of utopia are vital for positive change and transformation. There is a real need to imagine solutions other than apparently ‘unavoidable’ catastrophe (the ‘thinkable’) – to move past fatalist pictures – in order to be able to design solutions to environmental crises. Imagination both morphs and constitutes the real: without imagination, there is no perception; and without perception, there is no emplacement or belonging. Embracing creolised imaginaries implies stepping outside of imposed frameworks. Such creolisation has thus been associated with a form of reverse colonisation. Ephemeral, unstable, performed, such a reversal is highly dynamic. It feeds off magnetic liaisons which lead to the emergence of beauty and resilience in unity-diversity. It generates construing and actualising movements of remembrance and creation that orchestrate sonic interstices for imagining sustainable futures, lying in wait, somewhere within these in-between waters.