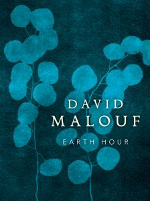 It is a delight to have, after seven years, a new collection of poems from David Malouf who remains, in his ever-modest way, one of the central figures in Australian writing. As a poet, he glimpses the big currents, but is constantly alert to the tiny epiphanies of dailiness, as when he evokes ‘Shy gifts that come to us from a world that may not/ even know that we are here. Windfalls, scantlings.’

From a world, yes, from a galaxy and many of them, in the midst or even at the edge of which we happen to be: bipedal creatures gifted with language, curiosity, violence, bewilderment and the arts, among them poetry, which notices a great deal but makes very little happen.

Seven years ago, Malouf published Typewriter Music, and this is a richer, deeper assembly of poems. No doubt age has something to do with this: he is not one of those writers who has steadily dulled or coarsened his talent in the play of language. Rather, he puts me in mind of poets like Hardy and Auden who knew how time ‘shakes this fragile frame at eve/ With throbbings of noontide’, or even the more flamboyant Yeats complaining of ‘decrepit age that has been tied to me/ As to a dog’s tail.’

But Malouf is far from histrionic. The expression of wise calm has been one of his great achievements, and it abides here. His rhythms do not beat a frenzied drum, nor does his lyric voice whinge, even if ‘the world is alive and dangerous’. It is ever so tenderly that he embraces loss in ‘The Sunken Garden’ as it closes with the stanza,

His book treads tiptoe, elegantly between an irrevocable sense that so much has utterly gone, from the world or from the self, and a sensuous apprehension of all the small things that remain, from old furniture to shadow-rabbits, from the ladybird to a garden’s ‘riot of marigolds’. Auden once wrote that we should bless all there is for being, and David Malouf bestows his lyrical blessing on all that suchness.

He stands back, mostly, from the rhetorical bow-wow or sweeping gesture. As he has said, ‘I totally reject the idea of being representative in any way.’ Maybe this is not surprising, given that his genetic antecedents were broadly mixed, generating a civilized sense that he is both everywhere and nowhere. As he puts it, mildly,

It feels acceptable that we are all human, and now Australian as well. Malouf can live in the benevolence of distance, as far from home as Orkney where neolithic Skara Brae briefly bespeaks in stone the cycles of millennia, or ripe southern Tuscany where he was at home for years. Everywhere, then, the wise or at least the harmoniously resigned may know ‘A bending down/ lightly to touch the earth.’

His lyric gift, stepped out in those unrhymed couplets, or tercets, or orchestral chunks, reminds us all that epiphanies can be low-toned, lightly glinting, that possibility might be asleep in green backyard corners. Surely this is aesthetically democratic.

But a reader might also be aware of what he is romantic enough to name as ‘The Rapture’, verbally exhaled in the tentativeness of ultra-short lines:

What enjambments, what meticulous micro-drama of syntax! For all that he loves opera, Malouf is a chamber musician of the English language. And it seems to me that the years have matured this clarity in his poetry. I too am on the brink of eighty, envying him continually for his achieved air of creative calm: no, perhaps not quite calm, but rhythmical and syntactical balance. It still seems that he is poised on the balls of his feet: or else tiptoe, as I have suggested.

He writes in one poem here that ‘Destinations lie/ on the far side of clouds and keep moving.’ This is not only art; it is also the tender fruit of accrued wisdom. There’s no sign of the reputed dog’s tail here.

This entry was posted in BOOK REVIEWS and tagged Chris Wallace-Crabbe, David Malouf. Bookmark the permalink.
Chris Wallace-Crabbe has a wide reputation as poet, while his most recent books of verse include Telling a Hawk from a Handsaw and New and Selected Poems (Carcanet Oxford Poets). He has chaired Australian Poetry Limited and is still a Professor Emeritus at University of Melbourne. He remains an outdoor person.